The genteel southern-gentleman persona of Tampa health insurance executive T. David Lewis, down to the bow ties he sometimes wears, can easily give way to an ultra-competitive side.

President and CEO of the Florida division of national health insurance giant UnitedHealthcare, Lewis can partially thank his father, Tommy Lewis, for that. The elder Lewis played college football at the University of Alabama, where he was involved in a famous play in the 1954 Cotton Bowl: He stepped off the bench during a live play and tackled an opposing player headed to the end zone on a 95-yard run. Tommy Lewis, who died in October at 83, later went on to play in the Canadian Football League and coached back at Alabama under another fierce competitor, Paul “Bear” Bryant.

The competitive fire in the younger Lewis manifests itself differently. A recent example is when he showed off the “steps walked for the week” page on his iPhone, connected to the Fitbit he wears on his right wrist. Lewis charts the steps he takes against a small group of fellow UnitedHealthcare executives. Lewis, 56, usually wins.

Says Lewis: “I like to lead from the front.”

That approach is a sword and a shield Lewis uses to guide UnitedHealthcare through the complicated health insurance industry. It's a place where uncertainty, nearly five years into the Affordable Care Act, remains prevalent. And not only are clients confused and frustrated, but the industry is seemingly on the verge of major disruption.

Taken together, the upheaval means UnitedHealthcare, the largest health insurance firm in the country, will need to find new ways to grow its customer base. Lewis says he embraces the challenge. “Our business is to manage risk,” Lewis says. “Not run from it or avoid it.”

Lewis oversees a division with at least 1,000 employees and more than $1 billion a year in revenues. The firm's insurance plans cover 2.9 million people in Florida. About 1.83 million of those people work for companies that sign up for one of the firm's employee coverage plans. The rest are from government programs like Medicare, Medicaid and Florida Healthy Kids. UnitedHealthcare utilizes a network of more than 250 hospitals and 37,000 physicians statewide.

A core challenge Lewis faces at UnitedHealthcare is to improve the Florida division's profitable growth rate. He seeks to do that through a detailed and analytical approach on opportunities it seizes and ones on which it passes. It's not just about adding a company's payroll to the list of people UnitedHealthcare insures, he says. UnitedHealthcare's competitors, including Blue Cross Blue Shield of Florida, WellPoint and Humana, face similar obstacles.

“In our business you can sell more widgets than you want to if you are not careful,” Lewis says. “We have to balance growth with consistency and predictability.”

'Head first'
Beyond UnitedHealthcare, questions linger on how much longer the industry model, where insurance firms exert enormous control over coverage and pricing, will last.

A recent study from consulting firm Deloitte, for example, says the ACA could increase the market size for individual health insurance plans five times by 2020. That would cover an additional 72 million people. That would also dent the business model of UnitedHealthcare and the other major health insurance firms, which build volume through targeting businesses — not individuals. “The door is opened to a full-scale disruption of incumbent group carriers by smaller, more nimble upstarts,” the report states.

Joe Part, founder of Palm Harbor-based Alltrust, an employee benefits consulting firm with offices in Sarasota and Lakeland, says the collapse of the traditional health insurance model is a when, not if, scenario. He hears it all the time in conversations with health insurance executives and health providers.

“There has been a lot of chatter about the elimination of these intermediaries,” says Part. “There's already an economic gold rush to solve price and quality of care issues. I think group health insurance is a dinosaur.”

Lewis is wise to that shift. So he's moving UnitedHealthcare there in a big way: The firm will make its debut in Florida in the ACA-mandated individual health insurance exchanges this year.

Lewis, speaking in a recent interview from UnitedHealthcare Florida's offices, a few miles north of Tampa International Airport, says competitors took the lead on exchanges in Florida in 2013.
UnitedHealthcare fell behind in this area in other states also, from Alabama to Texas to Pennsylvania. “Last year we decided to watch,” Lewis says. “It's a new business and we wanted to assess the risk of the investment. This year we are jumping in head first, very assertive.”

Lewis says the prices of the plans didn't make sense last year from a profit-loss perspective. Another obstacle: Individuals tend to have high dropout rates. That could lead to unpaid premiums.

Yet it's hard to ignore the volume of the individual market. Around 980,000 Floridians signed up in the 2013 enrollment period held last November, Florida insurance officials report. The Florida Office of Insurance Regulation projects another 200,000 people will sign up for insurance under the exchanges this year for 2015 coverage. The enrollment period opens Nov. 15.

UnitedHealthcare will go up against at least 13 other companies in Florida's individual exchange market, according to a report in healthinsurance.org, an industry information portal. Some of the firms sold coverage last year, and will try to retain those customers. UnitedHealthcare, like many competitors, will use a small army of contracted exchange agents/brokers to sell the plans to residents statewide.

For one, small businesses nationwide, to cut costs, are moving away from offering employees health plans and shifting to marketplace exchanges at an accelerating rate, several surveys report. The small businesses segment, with 2-50 employees, is one of three areas on which UnitedHealthcare focuses. The other two are companies with 51-99 employees and 100 and more.

Lewis says the firm has done well in the 2-50 category, and it will continue to focus resources there, in conjunction with the individual exchanges.

Lewis also spends a good deal of time on the future of the health insurance industry delivery model — a system under attack everywhere from politicians to doctors to consumers. Lewis says he gets that viewpoint, calling the industry easy prey. “It's called health care reform,” says Lewis, “but it's really insurance reform.”

Lewis talks like a startup executive when he gets into details about how UnitedHealthcare, and the industry, could and should change. He says it requires a commitment to staying nimble; readily adapting to health care and lifestyle habits; transparent pricing; and investing in user-friendly technology. Lewis burns to quickly push UnitedHealthcare in that direction, but he knows there are a lot of pieces to move.

“I don't want to finish my career and tell my grandchildren I've just finished my career,” says Lewis. “I'd like to think I've had a role in helping to provide a shift in the way people get health care.” 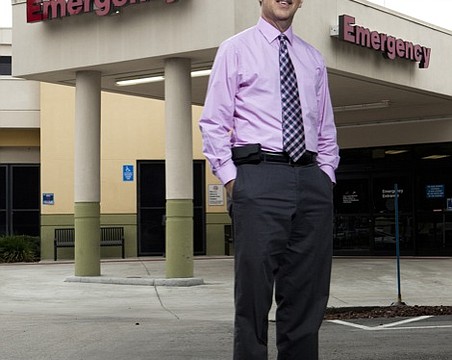 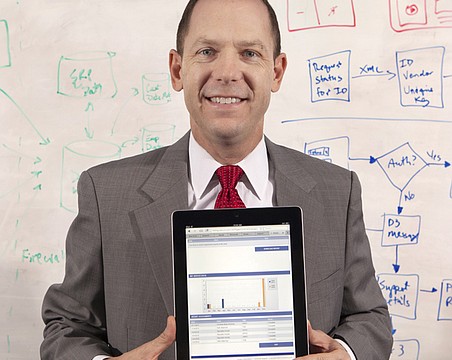 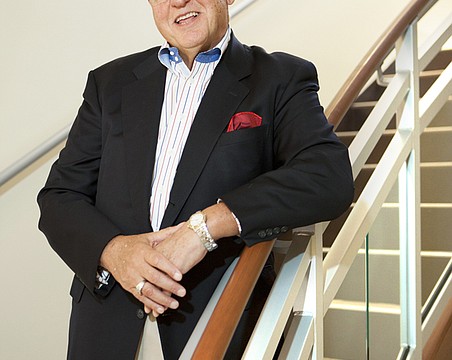 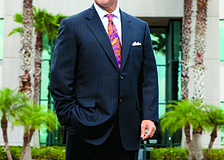 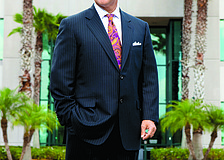 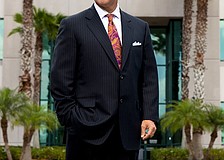 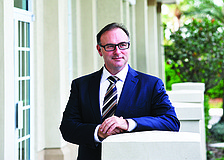 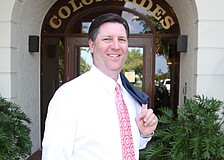