Two Gulf Coast area Republican Primary winners, who thought they had to go through the motions to each face a write-in candidate in November, have now been elected. Richard Corcoran's write-in opponent, Grady Peeler has dropped out of the Florida House District 45 race as has Marianne Scott Sargent, the write-in candidate for the Charlotte County Commission District 4 seat. District 45 covers parts of northern Pinellas County and southern Pasco County. Peeler told the St. Pete Times that he entered the race in order to close the primary to GOP voters only. Corcoran replaces Tom Anderson, R-Holiday, who is forced out due to term limits.

The Charlotte County Commission seat now belongs to Stephen Deutsch, who defeated incumbent Dick Loftus in the Republican primary election Tuesday night with 59.7% of the vote.

It ain't over 'til it's over 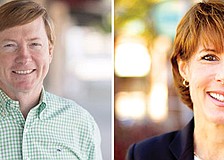 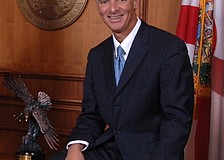