- but no one knew the Towers as well as Sarasota attorney Bob Carr, who grew up there.

Bob Carr still has the little pageboy suit he wore as a kid in the John Ringling Towers hotel.

His father, Charles H. Carr, was the hotel's general manager from the time it opened in 1937 until his death in 1953. Carr and his four siblings all worked in the hotel, painting and doing other necessary odd jobs and errands. Carr basically grew up in John Ringling Towers; he knows the secret hiding places.

Carr's father began working at age 17 to help send his older brother to college. After serving in the Navy in Newport, R.I., where he met and married Carr's mother, he began working in hotel management. After connecting with the Sweeney family, owners of the Commodore hotel in New York (now the Grand Regency), the Everglades Club in Newport, and Whitehall and the Breakers in Palm Beach, the Sweeney family asked the elder Carr to move to Palm Beach to manage their properties. He did so in 1921.

In 1937, the elder Carr moved his wife and five children to Sarasota; Carr, the youngest, was 4 at the time. For the first two years, the family lived in the Sunset Apartments, next door to the Towers at the site of the current Watergate building in Sarasota. In 1939, they moved into the hotel, where the family lived for about half of each year.

"The hotel here was only opened about three months each year, before Christmas until the end of February to middle of March at first, then it started staying open a little later in the year," says Carr, now 70. "It had no air conditioning. We got there before it opened to get it ready, and left after we closed it down. We spent the rest of the year in Rhode Island, where my father ran the Dunes Club."

Because he grew up in the hotel, Carr lived a fairly privileged childhood, which he recalls as dramatically different from most other children in Sarasota at that time. He attended the middle part of each school year in Sarasota, a small town with a population of less than 8,000 residents.

"I attended Bay Haven for three years (before attending private school)," recalls Carr, who became aware of the Depression-era poverty at an early age. "There were a lot of poor kids there, with no shoes, holes in their pants. One girl literally came to school in a sack dress. Once, after Christmas, we were having show and tell, talking about what we got for Christmas. This one girl said she had not gotten anything. That bothered me so much, I told my mother, who put together a little package for her."

The neediness of his classmates was a sharp contrast from the glamour of the hotel, where Carr remembers the floor shows every Wednesday and Saturday night. He can tell you about the beautiful murals on the walls, about the intricate details of the fabulous bar that was converted to a Cabaret in the 1940s. It was an extraordinary childhood, though changing schools and school systems mid-year every year was difficult. Moreover, says Carr, after his older brothers and sisters were gone, being the only kid living in a hotel got a little lonely.

Carr lists three improvements that changed Sarasota from a sleepy winter vacation town to a year-round community. First, borrowing the thought from community activist Frank Berlin, Carr says the machinery to tear out wide-spreading palmetto stumps was a critical development. "Before that, it cost more to clear the land than it did to develop it," says Carr, who adds air conditioning and mosquito control as the other two important developments that spawned year-round Sarasota growth.

"Arvida bought a lot of beach property from Ringling," says Carr. "It owned a lot of Longboat Key and Lido, but they were developing in the east and did not really focus on Sarasota for a long time. At that time, no one wanted to move to the beach or visit the beach. I remember a couple in the hotel lobby, saying they were going to build a hotel on the beach. Everyone around them was dumbstruck, saying, 'Who on earth would want to stay there?' "

Following in their father's footsteps, two of Carr's older brothers graduated from hotel school at Cornell University in New York; one served as general manager of the John Ringling Towers after their father died until the hotel closed in 1957. After Carr graduated from high school, he also attended Cornell's hotel school for one semester. "It was too cold there," says Carr. "There was no university in Key West, so I went to Miami. My father always wanted me to go to law school. He met a lot of important attorneys in his business, a lot of good people."

So after graduating from the University of Miami with a business degree in 1955, working as assistant manager at the Ringling hotel under his brother's management for a season, and serving in the army for six months, Carr attended law school at the University of Florida. When he graduated in 1961, he returned to Sarasota to work for Kirk Pinkerton. "I looked around at other places, but there is no place as nice as Sarasota," he says.

Except for two years when he had his own practice, Carr, who ha been in the practice of law for 42 years, has always worked for Kirk Pinkerton. "That sense of loyalty, of staying in one place, is not part of the culture of young lawyers," says Carr. "They are more about self."

When he started with Kirk Pinkerton, Carr was the only associate in a firm with five other attorneys. Like most law firms in Sarasota, the whole firm basically took the summer off, and the atmosphere of the legal community in general was quite collegial. "Three weeks after I started, I walked into the office, and I was the only one there!" says Carr, with a laugh. "The rest had all gone on vacation. I had no idea. Then the phones started ringing. I called some of the older attorneys in town, who helped me out. There were only 55 attorneys in the local bar. You could always get a mentor."

Carr says when he began the practice of law, they had no electric typewriters, no dictation machines and a wet copy machine. "There were papers, copies hanging up all over the place to dry. Mr. Kirk was always a little tight."

Though he has had some experience in most legal fields, Carr's focus has been in real estate and estate administration. He supported and assisted the effort to replace the John Ringling Tower with the Ritz-Carlton Sarasota. Carr says that despite his personal history and memories tied to the Ringling Towers, it did not bother him to see it demolished. He says it had no further practical use, and its derelict condition was preventing positive development for Sarasota.

"People ignored the building, doing nothing to preserve it," says Carr. "Suddenly, when there was talk of tearing it down, people chained themselves to the building. I knew that building better than anyone. Nothing could have been done with it. It could not have been renovated or saved. Getting the Ritz here was like getting a major league ball team."

These days he describes his role at Kirk Pinkerton as "more of a counselor." He spends time in the office and with clients, probably averaging 40 hours per week. Carr is generally impressed with the younger generation of attorneys in the region, saying, "They are better prepared. They are given more responsibility at a younger age, and they accept it and do it well. They work smarter, getting more done in less time then we used to, and technology is a big contributor to that."

As for the shark-like reputation attorneys have in society, Carr opines: "A lot of people are down on lawyers, upset about the litigiousness of society. But where do those lawyers come from? They are your brothers and sisters, your children. They reflect society. Even in closings I do now, I can see it. Society has gotten very confrontational. People think everybody's trying to trap them and trick them. Of course, there are problems in law, especially advertising connected with class actions, where there is a lot of abuse."

One more thing, as for the famous tales about a live elephant tethered to the middle of the hotel's dining room, Carr says they are the work of pure legend: "I keep telling people, there was no elephant! How would it have gotten in? I ask architects to look at the plans and tell me where the door is that could have accommodated an elephant. There was a big metal ring in the corner of the dining room, but I think they used that to pull down the chandelier for cleaning. There were a lot of horses around, but no elephants." 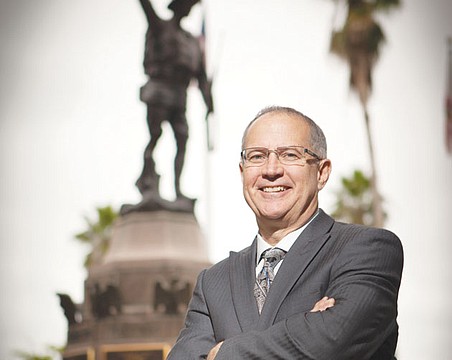 Thrill of the spill 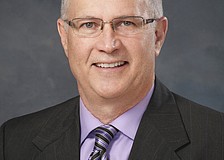 Lawyer launches own firm after 94-year-old practice shuts down 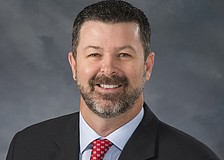