A happenstance discovery of historical documents led attorney Desiree Noisette to quit her job and go full on into a new career: winemaking. The high-risk move is paying off.

Key takeaway: Desiree Noisette gave up a promising career in law to try her hand at retail clothing sales, and now, inspired by newly discovered knowledge about her family, she’s transitioned to the beverage industry with her Mermosa brand of fruit-infused white and sparkling wines.

Core challenge: Mermosa wines are made and bottled in Oregon, so rising transportation costs and delays have been a headache.

What’s next: Noisette says the company is on track to hit $1.5 million in sales in 2023, and she’s in the process of developing a line of red wines.

What would prompt a young attorney in the prime of her career to give up on her career in the lucrative field of construction law and enter the risky world of retail?

For Desiree Noisette of St. Petersburg, her answer, and career transition, started with a 2007 family reunion that changed everything she knew about her heritage.

“We had no idea of our family roots,” says Noisette, 40. “We knew we had some kind of French connection because of our name. But we didn’t really understand the depths.”

Noisette’s cousin Peggy Clement, a retired schoolteacher, discovered a treasure trove of documents in the early 2000s while cleaning out her recently deceased mother’s attic. “She found all of these amazing pieces of our family history that her mother had been gathering throughout her entire life,” Noisette says.

Clement discovered that Noisette’s great-great-great-great-great-grandmother Celestine, a Black Haitian woman, had escaped the slave trade in the late 1700s via her marriage to Philippe Noisette. A white French gardener who resided in Charleston, South Carolina, where he developed the type of rose that bears his name, Philippe Noisette claimed Celestine and their children as his property, which kept them from being condemned to lives of slavery. Philippe died in 1835 but left all his money to Celestine, who used it to negotiate the family’s freedom.

“I have cousins we visit in France now,” Noisette says, “and family in Haiti. It’s been incredible.”

That history would be little more than a footnote if Noisette hadn’t quit her job and launched Cerulean Blu, a women’s swimwear shop, on St. Pete’s trendy Beach Drive. The store, she says, was “dedicated to helping women feel beautiful and confident in their own skin, To further differentiate the business, she began to offer wine samples to shoppers, mostly white and sparkling wines, but gradually found most of them to be too sweet and sugary.

“My clients who would come in during the day, they might be on vacation, and they didn’t want all that sugar; they didn’t want a sugar crash, and neither did I,” Noisette says. So, using grapes sourced from Chateau Bianca, a vineyard and winery in Oregon’s Willamette Valley, she tried her hand at formulating a premium wine with a splash of natural fruit juice. That turned out to be Mermosa, and with the guidance of experts such as Joe Dobbes, the founder of Dobbes Family Estate in Dundee, Oregon, another vineyard and winery, her career took another turn: she went all-in on wine.

“I convinced my husband to sell our house,” Noisette says, “and we used that money to buy a truckload of wine.”

Her family’s recently discovered heritage also helped cement her decision to change course, as it gave the Mermosa brand a compelling backstory.

“The agricultural roots, the roses, that’s the icing on the cake,” Noisette says.

Friends and family invested in the business, and she also received guidance and support from Jon LaBudde, a serial entrepreneur and commercial real estate developer who’s been active in St. Petersburg for decades. He “pushed me to jump off this cliff and go for it,” Noisette says. “He had his hand in a lot of businesses, and he’s been a mentor of mine for years. When you work with Jon, you’re working with a pillar of the community who’s dedicated to helping small businesses grow.”

Mermosa wines are moderately priced — most of them retail for $14.99-$19.99. Their colorful mermaid imagery is designed for mass-market appeal, rather than being aimed at wine collectors and connoisseurs.

Noisette employs only three people full-time but works with a large number of independent contractors experienced in wine sales and marketing. A key member of the latter group is Andreas Wetzel of Chateau Bianca, who helps her source grapes, juices and other supplies.

“Andreas is a highly skilled, fourth-generation winemaker who does a lot of custom contracts,” she says. “He’s skilled in working with unique, non-wine products, like our fruit juices. A lot of wineries don’t want to bring fruit juice into their wine game. But Andreas had no issues with it and enjoys experimenting.”

Incorporating fruit juice into wine is more difficult than you might expect. With the assistance of Dobbes, who broke into the wine industry in 1986 and also owns and operates a mobile bottling service called Dundee Mobile Bottlers, Noisette was able to come up with a special filtration process that removes orange and pineapple pulp from her wine while retaining the fruits’ aroma and flavor.

“The organic juice they needed to get blended into her wine was full of pulp,” Dobbes says. “That created a nightmare from a wine production standpoint. Most wines, when you filter and bottle them, have suspended solids but it’s very small suspended solids, like yeast cells, and with gravity, a lot of that will settle out.”

Dobbes, Noisette and Wetzel seem to have cracked the code — Mermosa sales topped $500,000 in 2022 and Noisette expects revenue to exceed $1.5 million this year. The wines are sold in 17 states inside large retailers such as Walmart, Sam’s Club and Target, as well as small independent bottle shops.

Significant obstacles to growth, Noisette says, are increases in transportation costs and greater frequency of delayed shipments. But Mermosa is certainly not alone in that regard.

“We’ve tried to convince our distributors to beef up inventory,” she says, “so they don’t have gaps in fulfillment. But one of the challenges is that it’s not ultimately our decision, because our distributors have to place the orders.”

Dobbes, for one, fully expects Noisette to be able to deal with ups and downs that come with the wine industry because of her strong background in retail sales and marketing, and her willingness to surround herself with experts.

“This business draws in a lot of people from other industries who got tired of what they were doing, or they sold their business, or they had a lot of stock and cashed it out, and they started a winery,” Dobbes says. “There are a lot of people who are successful who did something like that. But it takes a lot of money to make a little bit of money — it’s very capital intensive, and you can’t afford to make a lot of mistakes.”

Next up for Noisette and Mermosa is a foray into the world of red wine. She says she’s working on “a pinot noir and a couple of other red varietals,” and those should be available for purchase in the spring. “We’re also working on some different formats, because restaurants in some other places have asked us to keg our wines so they can be on tap.”

Carbonated wines like Mermosa Bubbles, she adds, “lasts longer in the keg, and it’s faster for service, but it’s tricky because the corks breathe and the kegs don’t, so you have to formulate it differently. We’re working on that now.” 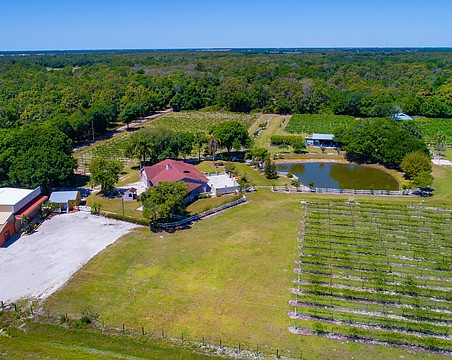 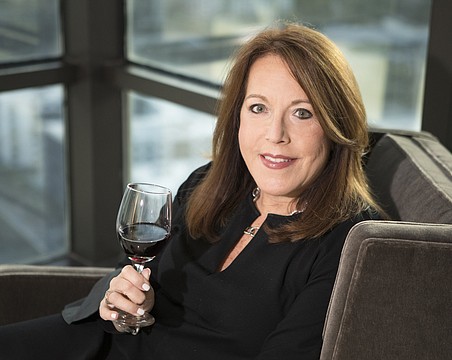 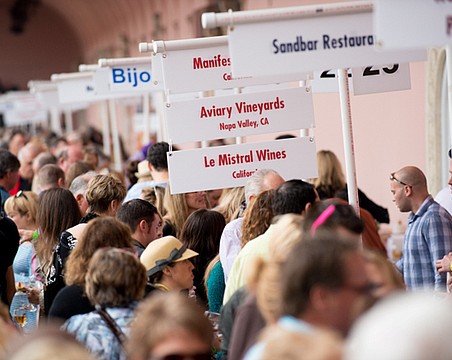 Event forks out a success 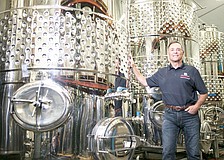 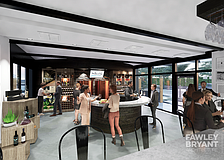 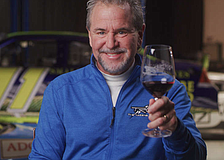 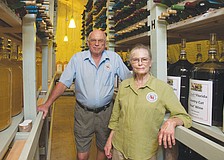