Chris Frederick had unfinished business in the sport he loves — soccer. So he rededicated himself to it, albeit in a different form.

Executive: Chris Frederick. The co-founder of WiFi Money, a social media marketing company, Frederick, 29, and his business partner Alex Moeller help companies attempt to go viral on the Internet via Instagram and YouTube. Frederick and Moeller launched the company during the pandemic, when many brick-and-mortar businesses were struggling to adapt to new economic realities. They say they’ve worked with more than 5,800 entrepreneurs and businesses during that time — one of their biggest local success stories is The Cake Girl, a Tampa bakery that has seen its revenues skyrocket thanks to customers who double as influencers such as talk radio host Glenn Beck and Tampa Bay Buccaneers running back Leonard Fournette.

Diversion: Soccer. Frederick, a goalkeeper, played soccer at the collegiate level but dropped out of school because, he says, he was making so much money from his entrepreneurial ventures in online marketing. His interest in playing professional soccer didn’t wane, however, and he wound up meeting with an agent who helped him land a contract with a club in Germany, where he played for four years. But he continued to dabble in business and soon enough realized he had to make a choice.

“I was in the middle of the pack as a soccer player,” Frederick says. “I wasn’t making millions. So, I stopped playing and business just took off. My business partner and I bought a jet, with cash, last year for my birthday. We put our WiFi Money logo on it.”

Despite WiFi Money’s runaway success — Frederick says he and Moeller cleared $50 million in revenue in 2022 — Frederick was not satisfied with his life and career. After leaving pro soccer, he says, he was living an unhealthy lifestyle and quickly fell out of shape, physically.

“I was eating all kinds of foods; I wasn't taking my health seriously,” he says. “I was headed down a dark path.”

Frederick realized that, blinded by the trappings of meteoric financial success, he had given up too soon on his dream of a career in pro soccer. Still in his 20s, he resolved to get back into shape and give football another go while youth remained on his side. In late 2021, when he says he was about 50% of where he needed to be, physically, he began to inquire about opportunities with Orlando City SC, a Major League Soccer club, and the Tampa Bay Rowdies, a team based in St. Pete that competes in the USL Championship league. Neither organization was willing to offer Frederick a long-term contract, so he decided to check out Florida Tropics SC, a Lakeland-based club that’s part of the Major Arena Soccer League, an indoor soccer league.

“I had never played professional indoor soccer,” he says. “So, that drew my attention right away.”

Indoor soccer is a mash-up of hockey and soccer. It’s played on a field of artificial turf about the size of a hockey rink — much smaller than a traditional outdoor soccer pitch — and the ball can be played off the walls, leading to frenetic and high-scoring games. Also, like hockey, there are unlimited substitutions.

“There are totally different metrics,” Frederick says. “Because there are walls, line changes happen every minute to two minutes, or even 30 seconds, so the running patterns are different. It's literally almost the same rules as hockey, but with a soccer ball. It’s exhausting.”

Goalkeepers, Frederick adds, must accept the fact that shutouts, or “clean sheets” in soccer’s vernacular, are nigh impossible.

“We had a preseason game where we played a semi-pro outdoor team, and we beat them 18-1,” he says. “You’re going to get scored on all the time. That’s what indoor soccer is made for.”

For the love of the game

Frederick’s return to pro soccer wasn’t about money. MASL players, he says, can earn anywhere from $60,000 to “six figures plus.” Considering the season is only six months long, the salary isn’t terrible, and the team will pay housing costs for players who come from other countries.

“It’s not high-paying at all,” says Frederick, who, given his recent business success, comes at soccer from a different financial perspective. Also, Frederick, who signed a five-year contract with the Tropics in December 2021, points out his return to soccer is about more than money.

“I’m doing it more because I love soccer — coming back into the game of soccer saved my life. Making tons of money and having all the things you want in life, materialistically, does not make you happy; it just creates bad habits. If you don't have balance between your health and wealth, you end up falling into a dark hole. And being there is not good.” 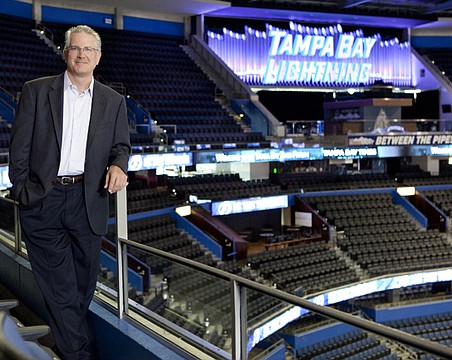 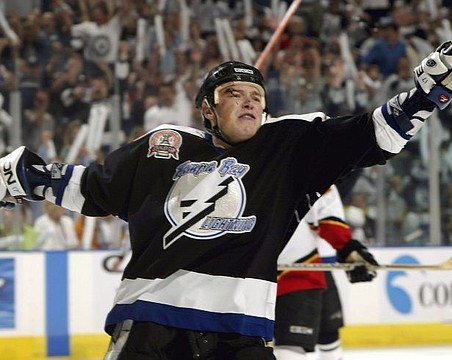 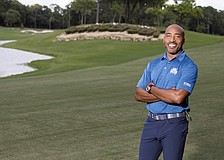 From the gridiron to the golf course 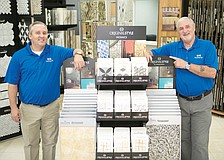 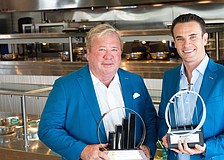