1. Back when my bread and butter involved research presentations on the regional economy, I’d often argue that Florida’s economic relationship with the rest of the country was like that of a dog and her tail. When the dog was happy, the tail would wag. But when the dog was sad, the tail would hide. The analogy works if you think as the U.S. economy grows, Florida’s economy tends to grow at even faster rates. But when it contracts, Florida tends to contract even more.

In economic language: we overheat during booms and overcorrect during busts. When you think about the wealth effects resulting from a strong national economy, it isn’t a stretch to note they are not exactly distributed equally in each of the 50 states. They benefit some states more than others and of these, Florida benefits more than most.

2. But then I’d take my dog-tail analogy further and note that if the U.S. economy is like a big dog and Florida is its tail, then Southwest Florida is the tip of that tail — with our region heating or correcting at rates greater than even those of the state and nation.

3. It depends. There is much uncertainty causing consumers and investors to cut back, especially about geopolitical risk, the value of the dollar and the direction of a country still dealing with the aftereffects of pandemic-related interventions. There is reason to think the economy will sour in 2023, in which case I’d expect more severe outcomes for those of us living on the tail.

Economic question of the week 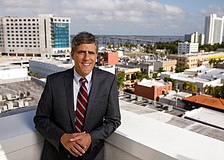 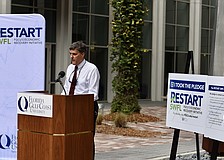 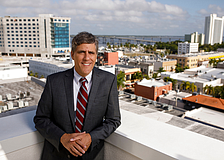 Open debate: when should businesses come back?

Regional economics has a new name 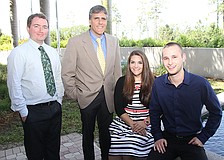