A popular commercial real estate conference for retailers has returned to live action. Among the trends: new shopping center mindsets and higher rents.

Key takeaway: The retail real estate sector continues to evolve, with the latest trend being projects that mix multifamily with retail in new ways.

Core challenge: In a shift from the early days of the pandemic, several retailers report landlords are using newfound leverage to hold out for higher rents and tougher terms.

What’s next: Multiple new big projects in the region are beginning to jell, including One Main Plaza in Sarasota and Zephyr Commons in Pasco County.

By whatever name you call them, strip malls are every bit as much of the landscape of Florida as palm trees and sand.

Drive down any major thoroughfare in any small to large city statewide and you’ll see block after block after block of shopping centers packed with fast food joints, grocery stores, chain restaurants, dry cleaners, national retailers and local ones.

Wherever you stand on retail developments, the reality is these types of shopping centers have reached a saturation point in Florida and the state’s reign as the shopping center king may soon be over.

Does that mean shopping centers are going away? No. Of course not.

What is happening, though, is as consumer shopping habits change and as mixed-use developments are being spearheaded by multifamily housing developers who see retail as an add-on, rather than the main focus, the traditional center is morphing into something new.

You can already see it happening.

Across the state developments are becoming more multifamily or mixed-use centered, with a dab of retail added to an apartment stew. In Sarasota, there’s One Main Plaza. In Tampa, its Midtown Tampa. And in Pasco County, its Zephyr Commons, a traditional Publix anchored center where 301 apartments are being built on the property.

These developments are marked by how many people they’ll bring and what kind of lifestyle they’ll create, rather than being focused on parking lots, name brand dry cleaners and outparcels with chains all anchored by a grocery store. These are the kind of places where the words live, work and play guide the mission statement.

And all this is happening as malls are going away and are being repurposed and the state’s population is growing.

According to Duane Stiller, founder and president of Woolbright Development in Boca Raton, there are about 350 million square feet of retail space in Florida’s metro areas right now, about 500 million when you count the entire state. That equals to about 25 feet per resident.

Stiller predicts that, given the disappearance or repurposing of malls, multifamily developers buying land for prices much higher than retail developers are willing to pay and the different ways retailers will service shoppers, there will be a reduction of retail space in the state in the next decade.

“So, all of these things combined are going to contract the supply of retail space and we’ll return to the levels we had in the 1980s, roughly about 20 feet of retail space per person,” he says.

“Maybe then we’ll all stop complaining that Florida has too many shopping centers.”

That assessment was the near-unanimous consensus among the 3,700 commercial real estate brokers developers, retailers, and industry insiders who attended ICSC’s Florida convention in Florida the last week of August. This was the first time the event was held in three years.

Held in the Orange County Convention Center, in Orlando, the show brought people from across the industry together for three days of presentations, networking and deal making.

One of the major topics of conversation during panel discussions, and on the convention floor, was the changing face of the real estate and retail market as Florida’s population continues to grow and the demand for housing takes precedence over other types of growth.

This growth, and the need to house people, is driving land prices up and making it difficult, if not nearly impossible, for developers of retail centers to compete for land. This along with the long turnaround to get projects completed has many trying to place their stamp on the mixed-use developments getting built.

This is critical, some retailers, developers and brokers say, because too often retail is secondary to multifamily builders who see retail in their development as a necessary evil. The thinking, fair or not, is builders look at the properties as a quick turnaround, building a community with the intention of selling it fast and moving on to the next project.

A retailer, though, will look at the space with the intent of staying for years, decades even, and becoming part of the community.

It’s important to note that fewer traditional shopping centers being built and less square footage coming online by no means spells the end of traditional brick-and-mortar retail in Florida.

David Emihovich, managing partner at Katz & Associates in Boca Raton, disagrees that retail and retail developments are going by the wayside. But he does see some changes on the horizon.

An example of the changing landscape is what is happening with Bed, Bath and Beyond, which announced in late August it was closing 150 underperforming stores nationwide and laying of 20% of its employees.

The problem is companies like that haven’t reinvented themselves, Emihovich says. In Bed, Bath and Beyond’s case, the products it sells are available at Amazon, Target and Walmart, stores where customers have more options.

Read more: Trio of projects set to transform a portion of downtown Sarasota

“I think the correction on that side is coming,” he says. “But I think a strong grocery center is always going to be relevant, in my opinion, because people want that ability to just pick it, see it, be impulsive. You don’t want to wait necessarily, so there’s always going to be that on-demand factor you just can't replicate.”

What he, and others see, as the future is that traditional grocery-anchored centers will find ways to reinvent themselves and maybe repurpose some existing space, working in a lot of cases with retail concepts that take a different approach.

Another theme at ICSC: a downside of Florida’s population growth and its strong economic position for retailers is that landlords are less inclined to negotiate with potential and existing tenants.

The reason for the reluctance to concede stems from the fact that a property owner today is in a better bargaining position than in years past and can get the terms it wants. (Of course, many retail landlords struggled to extract rent from tenants in the first few months of the pandemic, so this a role-reversal of sorts.)

Why do landlords have leverage today? Because despite inflation, rising interest rates and the fear of a recession migration to Florida remains strong,. That means retailers want to be here and are somewhat immune to the economic realities of the rest of the world.

Landlords know this. And they are going to capitalize on the dynamic.

But it isn’t all about money, even though rents remain high.

Matthew Livingston, vice president of real estate for east Manatee County-based First Watch Restaurant Group, says as the breakfast-brunch-lunch chain expands in the state it's getting push back on the kind of materials used and insurance requirements. That limits the ability to sign leases, slowing the process.

“The landlords are limiting the amount of risk they’re willing to take,” he says.

Others, too, complained that landlords’ tough approach and unwillingness to budge is slowing development as negotiating a lease takes longer and longer. Some retailers say the terms they’re seeing are so lopsided that it’s better to sit on the sideline than move forward with something that will be unfavorable down the road.

The trend isn’t unique to Florida.

Philip Rosen, chair of the real estate practice group for the Fort Lauderdale law firm Becker & Poliakoff, says a client of his recently bought 16 CiCis Pizza restaurants in Houston. The plan was to get some assignments and extensions done shortly after the sale closed.

But the landlords were the toughest he’d seen and held firm to their demands. His client ended up not extending half the leases.

“We were shocked to see how strong the landlords feel,” he says. “And the reason I think it’s a big deal is because we keep hearing about a recession coming. But the landlords are holding firm and asking for bigger increases and higher rent. I’m worried about how that will play out.” 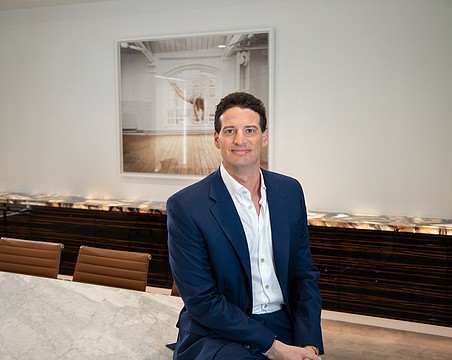 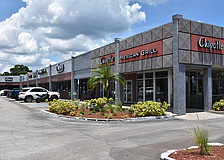 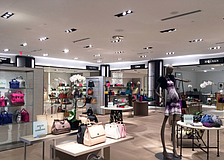 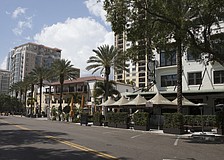 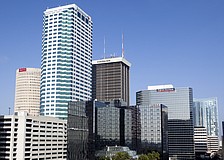