As its CEO of more than 30 years retires, the Straz Center for the Performing Arts welcomes a new leader and heads down a path that will radically reshape it physically.

Key takeaway: After 35 years as one of Tampa’s leading cultural institutions, the Straz Center for the Performing Arts faces a crossroads as it bids farewell to its longtime CEO and tries to find its place in a city that has transformed around it.

Core challenge: Tampa City Council recently approved $25 million for the Straz Center’s new five-year capital campaign, but the facility has to match the funds through donations and ticket sales, which could be problematic if the economy goes into a recession.

What’s next: The Straz Center enters the busy holiday and snowbird season with a marquee lineup of hit Broadway shows, such as “Hamilton,” “Wicked,” “Six,” “Hadestown” and “Chicago.”

The pandemic was an existential threat for the David A. Straz Jr. Center for the Performing Arts, one of Tampa’s premier venues for arts and entertainment. The iconic building, alongside the Hillsborough River in downtown Tampa, closed its doors in March 2020 as the coronavirus threat spread far and wide.

Not until more than a year later, in October 2021, did the venue reopen, albeit cautiously, with limited capacity and a mandatory facemask policy. It also required patrons to be vaccinated against Covid-19 or provide proof of a negative test.

Now the Straz Center faces a major challenge of a different nature: retirement of its longtime CEO, Judy Lisi, who’s led the institution since 1992, and the implementation of a new master plan that will guide its growth and development for decades to come. The City of Tampa owns the Straz, and it's operated by the nonprofit David A. Straz, Jr. Center for the Performing Arts Inc. The operating organization had $28.38 million in gross revenue and $46.29 million in assets in its most recent fiscal year, according to public IRS tax filings.

“It’s been a great 30 years,” Lisi says, speaking at the Sept. 23 edition of Café con Tampa, a gathering of Tampa neighborhood and community leaders affiliated with the Tampa Arts Alliance. That event included the introduction of Greg Holland, Lisi’s successor.

“I couldn’t be more thrilled that Greg is our new CEO,” she says, adding she has known him for more than two decades. “He has already hit the ground running. When you’ve done something as your life’s work for 30-plus years, I was hoping we would find the right person. I feel so good that I can leave now because [the Straz Center] is going to be in such good hands.”

Room at the Top

The new CEO has a theatre industry background, having been in the business for more than two decades. That includes overseeing a for-profit performing arts company in San Francisco that grew revenue more than sixfold during his tenure, to more than $200 million.

And Holland's Straz Center CEO appointment comes at a critical juncture in the organization's 35-year history. It has implemented a master plan — the first of its kind for the facility — with goals that include a major expansion and reconfiguration of the property that will make it more accessible to the public. It also faces the challenge of matching $25 million recently allocated by Tampa City Council’s Community Redevelopment Area board. That funding is part of a broader fundraising campaign called “Boundless” that seeks to raise a total of $100 million for capital projects.

‘I couldn’t be more thrilled that Greg is our new CEO. He has already hit the ground running. When you’ve done something as your life’s work for 30-plus years, I was hoping we would find the right person.’ Judy Lisi, former CEO of the Straz Center for the Performing Arts in Tampa

The campaign, Holland says, represents the organization's commitment to “continue opening the Straz up to the greater community.” With downtown Tampa becoming much more of an always-on, live/work/play district with abundant after-work activities, the Straz Center, Holland adds, wants to be and should be part of that energy and excitement, instead of mostly catering to fans of Broadway shows and opera. With the opening of its outdoor Riverwalk Stage, it’s taken a big step in the that direction.

“When there's something on that stage, people stop, boats pull up and anchor,” Holland says. “When we’re programmed to pull people in, it happens.”

Born in Oklahoma and educated at the University of Texas, Greg Holland has been an entertainment and show business executive for more than two decades. Apart from Tampa’s Straz Center, his most notable posting was at Broadway San Francisco LLC, a for-profit performing arts company he led as CEO. During his tenure there, he helped grow the firm from $30 million in gross annual revenue in 2001 to more than $200 million in 2019, when one of the owners, Roger Nederlander, said the company was being put up for sale.

That conversation took place in late 2019, Holland says, and just a few weeks later, performing arts venues across the country, including his, were forced to shut down because of the spread of the coronavirus.

“We were quietly marketing the company to sell,” he recalls, “and we immediately thought, ‘Will someone want to buy a live entertainment company while it’s shut down?’”

At the same time, Holland, when it became clear Broadway San Francisco wouldn’t reopen anytime soon, had to be the bearer of bad news to the venue’s staff and performers.

“Some of them had just moved to town and rented apartments,” he says. “All of us staff members who remained took a 40% pay cut. We were lucky because we still had jobs. But the CFO and I, along with the board, were still in the middle of marketing and selling the company. There was a lot going on. It was an incredible time — I’d never been on the front lines of transacting a company.”

The sale of Broadway San Francisco closed in the first quarter of 2021, and Holland left in May that year. Looking back, he says he learned some valuable lessons.

“You know how your mother tells you honesty is the best policy?” he says. “I had to tell entire teams of people, the cast, the technicians, that we have no idea when we’re reopening. I had to let that sit there. It hurt. But honesty and openness were the things that allowed people to move on with their lives, eve if it was a message that I didn't want to put out there.”

However, the current facility’s main lobby is off-limits to people who haven’t bought a ticket for a show and large groups, such as kids on school field trips waiting to get inside. The renovations proposed in the master plan will result in a much more open, welcoming environment.

“We’ll blow out the walls between the Ferguson Theater Lobby and the Morsani Hall Lobby,” Holland says. “We’ll have expanded bars and expanded public spaces, but to me, it’s about expanded programing. If you've ever been to [New York City’s] Kennedy Center to see a show, there's two or three stages that are programmed and performing at all times, and they aren't ticketed — they’re just part of the public experience. That will be happening at the Straz.”

The end goal, Lisi says in a statement released prior to her retirement, is for the Straz to become “the community’s living room, where all are welcome — with or without a ticket — and where all in our community will see themselves reflected."

More outdoor performance spaces and terraces will be added to the Straz Center campus, she adds, and the facility will be accessible via foot, bike or boat.

“We had to look at the Riverwalk and what’s happening there,” Lisi says. “We needed to address the Riverwalk; we had to open up the Straz Center to the public so anybody could come in and enjoy the aesthetics and the experience. This plan is going to be so transformational, not just to the Straz Center, but to Tampa and the Riverwalk, and it will include so many wonderful public spaces that the entire city will have access to.”

With the money from the Boundless campaign, the Straz Center will also look to soften and modernize its appearance. When it was designed in the 1980s, it adopted a blocky, bare-bones architectural style called Brutalism that has since become passé.

“When you approach it from the back end, it almost looks like a fortress,” Lisi says. “It’s a very hard-looking building.”

Major expansions and renovations, though, cost a lot of money, especially ones designed to transform a 35-year-old building. It’s also not cheap to bring marquee productions such as “Hamilton,” the smash-hit Broadway musical, to town.

How will the Straz Center meet its ambitious $100 million goal, especially in a time of high inflation and soaring property insurance and housing costs that are whacking would-be donors and theatergoers in the pocketbook, while continuing to provide the top-notch entertainment Tampa Bay residents have come to expect?

Holland says the key is to seek financial commitments paid out over time, and the Boundless campaign will be conducted over a five-year period. But he’s sympathetic to the fact that some people who enjoy the arts have to make difficult choices with their money.

“Everyone understands that this is a moment in time with the markets and the economy,” he says. “We’ve been fortunate that people have come forward with commitments, sometimes very large commitments.”

For Holland and his team — the Straz Center employs 160 full-time staff members — ticket sales are a subject of greater uncertainty as the venue enters its busy holiday season. He’s looking at what impact a recession would have on the box office, though the Straz Center is already well into its new fiscal year and so there’s little wiggle room when it comes to ticket pricing.

But things seem to be moving in a positive direction for Holland. With the pandemic mostly in the rearview mirror, he’s seeing pent-up demand from people “who want to be out and about … that’s going well, so far. But as a service organization, we have a ticket scholarship program so we can help people who can’t otherwise attend shows. Our first charge is service to the community.” 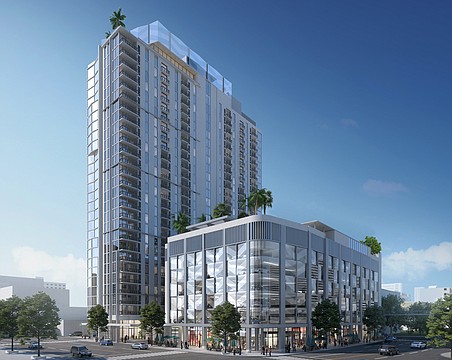 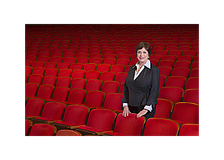 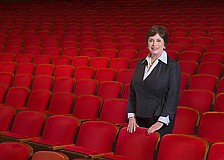 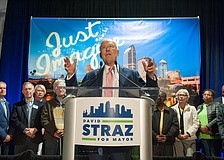