Beachfront home sold for $11.5M — 10% down from previous listing price

The home was originally listed for $12.9 million.

The 10,000-square-foot house sits directly in front of the Gulf of Mexico with 175 feet of beachfront property. The buyers were represented by Maurice Menager and Lin Dunn of Michael Saunders & Co., who work out of the Siesta Key office, according to a statement. The property at 3105 Gulf of Mexico Drive became the highest-priced sale for an agent affiliated at that particular office.

The buyers, Dunn says in a release, have previously owned two bay-front homes on Siesta Key. The home’s biggest hook for the buyers was the ability to watch turtle nesting season, the release states.

“When they contacted us to see the property, they were mostly intrigued by the photos in MLS and were shocked that they fell in love with the home,” Dunn says in the statement. “The home is definitely even more appealing in person and the Gulf views are amazing.”

The sellers were represented by Joel Schemmel of Premier Sotheby’s International Realty, a Naples-based brokerage with 40 locations and more than 1,400 associates throughout Florida and North Carolina. The sellers built and customized the five-bedroom, nine-bathroom home, which includes features like a three-story curved staircase, home theater, library, game room, sky lounge and a seven-car air-conditioned garage.

The home also features an infinity-edge pool, spa and waterslide that empties into the pool from the rooftop deck above.

Michael Saunders & Co. is a real estate company based in Sarasota with 24 full-service offices. The company employs more than 600 agents and 150 support team members.

$10M home sale one of largest in two years 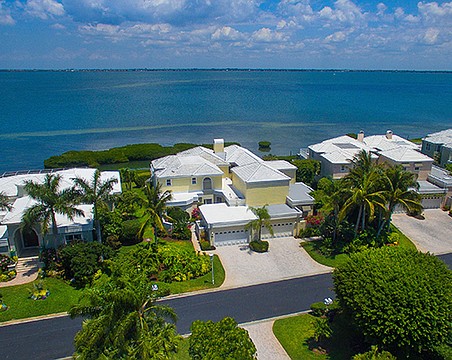 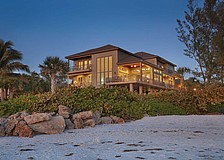 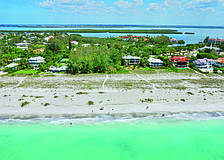 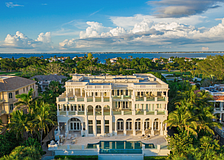