Waterfront house in Sarasota with 12-car garage goes to auction

The $10 million residence will be featured at a live auction in December.

Shiver me timbers! A $10 million house known by neighbors as The Pirate House on Lido Key in Sarasota for its pirate statue on the patio has gone to auction.

DeCaro Auctions International is auctioning off the house, which is also known by locals as the Cactus House for the number of cacti on the property. The residence resembles the modern Miami Beach Art Deco movement, according to a statement.

The five-bedroom, five-and-a-half-bathroom home features a custom kitchen, Wolf appliances and a quartzite island with a waterfall edge. An elevator and custom staircase both lead to a rooftop deck on the fourth level complete with a jacuzzi.

A 12-car garage on the lower level comes with a 10,000-pound car lift and can be accessed through five garage doors.

“This property offers a year-round luxury lifestyle, in paradise,” Daniel DeCaro, founder and president, says in a release. “With the neighboring Gulf of Mexico’s white sugar- and beaches, shopping and dining on famous St. Armands Circle, arts and culture, and minutes to the Sarasota Bradenton International Airport, this is an opportunity not to be missed.” 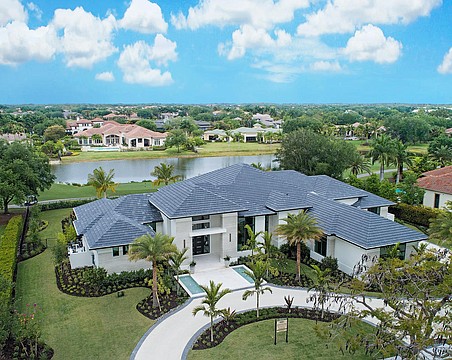 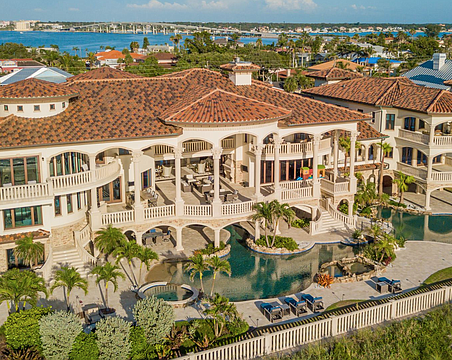 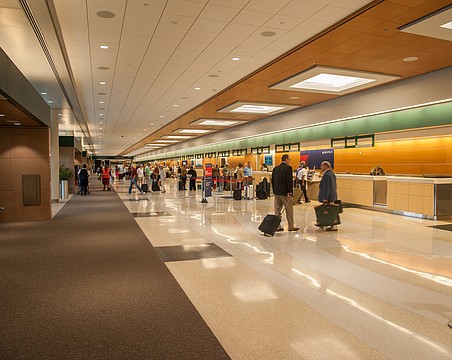 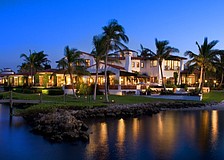 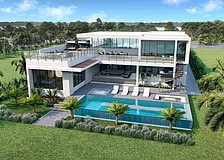 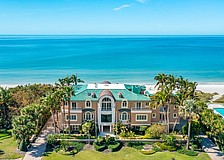 Beachfront home sold for $11.5M — 10% down from previous listing price 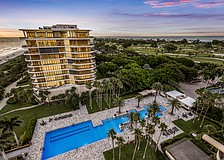