Kenny Wilson has been tapped to lead the St. Petersburg-based design and manufacturing company, effective May 1, 2023.

Kenny Wilson will succeed Mark Mondello as CEO of Jabil Inc. (NYSE: JBL), effective May 1, 2023, the company announced on Friday.

Wilson, according to a press release, is a 22-year veteran of St. Petersburg-based Jabil, which designs and manufactures components for a wide range of industries, including health care, automotive, aerospace, consumer electronics and telecommunications. He has been stationed at Jabil facilities throughout Europe, Asia and the Americas during his tenure with the company and currently serves as executive vice president of the Jabil Green Point team, in addition to being responsible for consumer packaging and corporate procurement.

“The ethos of our company is all about our people and Kenny is a tremendous example of a tireless leader who possesses great followership throughout the company," Mondello states in the release. "He has a track record of delivering results for over 20 years. I look forward to maintaining our close-knit working relationship, as we continue to serve our stakeholders worldwide."

Mondello, the release states, has been with Jabil for more than 30 years and will remain with the company as executive chairman after Wilson assumes the CEO role.

"Mark's commitment to Jabil, our employees and our investors has been resolute," states Steve Raymund, the Jabil board’s lead independent director, in the release. "He embodies our value set here at Jabil and leads with passion and care. Furthermore, over the past two years, Mark has been fully transparent about his plans, allowing us the opportunity to work together to ensure a thorough succession plan, one that led to the selection of Kenny Wilson, a long-tenured and superbly prepared Jabil leader." 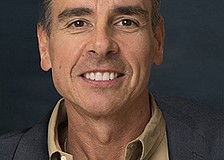 Board approves $1 billion stock buy back