The inevitable recession is forthcoming

Between World War II and 2020, inflation rose to 6% or more seven times. Each time, recession followed — six times it hit within three months of the peak inflation rate.

Even though President Joe Biden and his spokespeople continue to blame inflation on Vladimir Putin, as we have explained previously, the primary cause of inflation is always rapid increases in the supply of money. This is Economics 101.

We can’t make it any more simple than this: Historically, the output of goods and services has averaged about 3% per year. When the supply of money increases much more rapidly than 3%  annually, which it has in the past two years, there will be too much money chasing too few goods. This always leads to higher prices — because demand (people with money to spend) outstrips supply (the inventories of goods to purchase).

Likewise, there are some who charge that increases in government spending cause inflation. The validity of this proposition depends on how the increase in spending is financed.

Considered in isolation, an expansion in government spending will increase the demand for goods, pushing their prices upward. But if taxes finance the spending, the taxes will reduce demand by a similar amount, offsetting the impact of the spending increase.

Similarly, suppose the government spending is financed by borrowing from households and businesses. In this case, the purchasing power of private decision-makers will decline, largely if not entirely offsetting the demand stimulus effects of the increase in government spending.

However, the effects of an increase in government spending are quite different when it is financed by borrowing from the central bank, the U.S. Federal Reserve Bank.

When the Fed purchases bonds issued by the Treasury and other financial assets, it simply writes a check and creates money out of thin air. When government spending is financed this way, the money supply increases — and soon after we have inflation.

It wouldn’t take an economic genius to see that when Congress and the president increased COVID-related spending by $2 trillion in 2020 and then again in 2021, the results would be disastrous. That increase amounted to an astounding 38% increase in the M2 money supply in two years.

These massive increases in the money supply are far greater than both the annual money growth of 6% from 2010 to 2019 and the economy’s long-term annual real growth rate of 3%. They are the root cause of the current inflation, and they will continue to push prices higher into 2023.

The effects of this are economically devastating for Americans. For one, inflation lowers everyone’s living standards. At least initially, consumer prices nearly always increase more rapidly than wages, reducing the real compensation of employees.

Inflation makes investment riskier and less attractive. Unexpected changes in the inflation rate can turn profitable investments into financial disasters — e.g. crypto currencies. Inflation also wastes resources by inducing entrepreneurs to shift resources away from productive activities toward actions designed to protect themselves against the adverse consequences of inflation.

The average real hourly wage has fallen 3% during the past 12 months. Those living on fixed incomes are rapidly falling behind. Investment is now declining as a share of GDP. Real GDP declined at an annual rate of 1.4% during the first quarter of 2022 — a harbinger of what’s to come.

While Federal Reserve Chairman Jerome Powell and his fellow board of governors are trying to engineer “a soft landing” and avoid recession by raising interest rates, economic analysis indicates that a politically induced recession will occur soon.

The inflation rate has now soared to more than 8%. At this point, the Fed does not have any good options. The only way to stop inflation is to quit expanding the money supply that fuels it.

The Fed should emphatically let the public know that it will reduce money growth to the 6% range, consistent with less than 2% inflation.

Credibility is important. If decision-makers know the Fed is serious, they will make choices that minimize the pain.

More rapid growth of output would also be helpful. In this regard, the Biden administration could assist if it would reduce spending and the budget deficit; eliminate trade barriers; approve the permits for the export of natural gas to Europe; and terminate its war on fossil fuels and affordable energy.

But this is unlikely. Biden and his advisers’ strategy is to blame everyone else for problems and stick with perverse policies that are wrecking the economy.

We already saw that the nation’s gross domestic product contracted in the first quarter. Two consecutive quarters of negative growth is a technical recession. Even if the second quarter GDP shows the slightest growth, it will not negate what history has already shown when inflation reaches its current rates. Recession is a certainty.

Americans need to plan accordingly. Sadly, they are and will bear the cost of our political leaders’ bad decisions and economic illiteracy.

James Gwartney and David Macpherson are professors of economics at Florida State University and Trinity University, respectively. They are also co-authors of Economics: Private and Public Choice, a widely used economics principles text. This article is an extension of their prior publication, “Yes, the current high rate of inflation will continue in 2022,” of the American Institute for Economic Research.) 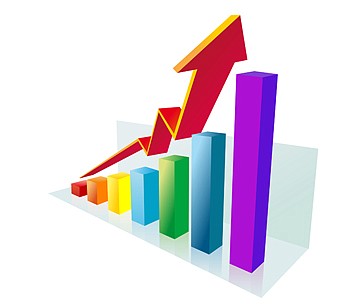 Marketwatch: Public Debt and Our Investments

We need an un-consolidation of power

Economics professors: Fed’s fingerprints are all over inflation debacle

Dollars and no sense = indebted mess