A shortened workweek: Can it work?

In the great quest to retain employees, some companies, in Florida and worldwide, are taking a less-is-more approach, by cutting out 20% of the workweek.

Key takeaway: Employers are starting to use four-day workweeks as a recruitment and retention effort, with, so far, some success.

Core challenge: Figuring out how the schedule will work whole maintaining productivity levels.

What's next: Getting widespread buy-in from both employers and employees that the transition can benefit both sides.

As the workweek continues to evolve, amid the Great Resignation and the shift of power from employer to employee, one concept — maybe — is about to hit its stride. That concept? Working four days a week.

But will shortening the workweek work? Will it make lives better for workers and more efficient for companies and organizations?

For Tampa restaurant owner Steve Sera, the answer, so far, is a resounding yes.

Sera is the owner of the recently retired Chop Chop Shop brand at 4603 N Florida Ave. His new concept, Chanko, features a Japanese pancake dish called Okonomiyaki. The grand opening for the restaurant was May 28.

Sera became interested in a four-day workweek when people started losing interest in securing a job in the hospitality industry — a problem many of his peers grapple with. “I just needed to change how our restaurant operated,” he says. “The shifts are hard on the guys working in the kitchen.”

He'd heard about the concept taking off in other industries. While a four day workweek doesn't make sense for every industry or company, it does have the potential to help employers in two key areas: employee retention and employee productivity. On the latter, to cite one example, a four day workweek trial by Microsoft Japan in 2019 resulted in a 39% increase in productivity. On the employee retention side, on an anecdotal basis, at least two companies in the region that have implemented four day workweeks have seen a rise in happy and engaged workers.

Management consultant Doug Van Dyke, founder and CEO of Leadership Simplified in Bradenton, says there are pros and cons to a four day workweek. "It can be perceived, even with the same amount of hours, as an employee benefit," he says. "That can be huge these days with the Great Resignation and employers struggling with recruitment."

With the same amount of hours worked over four days, Van Dyke says some employers have even reported employees are more focused on their work. But moving from an eight-hour workday to a 10-hour workday can come with a few downsides. "There's the fatigue factor that can hurt productivity at the end of the day," he says. It's more than just being tired from a little extra work each day, he says. It can also lead to decision fatigue, which can impact how employees make decisions toward the end of the day.

Sera's first challenge was to figure out if chopping off a day of the workweek would work in hospitality. The idea started to percolate when the sous chef at Chop Chop Shop told Sera about a four-day workweek that being implemented in the sous chef’s wife’s work.

The thought continued to grow in Sera’s mind for a few months until after a particularly hot shift in the middle of a notorious Florida summer day in 2020, Sera gave in to the idea. “I can do whatever I want!” he remembers thinking. After the shift, Sera and the staff sat on the back dock at the restaurant to discuss the notion when he concluded, “We should at least try it.”

At that point, there were four people working in the kitchen.

Now, with the new concept, Sera and the team are trying to get into a routine so the hours are varied and posted on the Facebook page. Once they get their feet under them, the hours will be from 5-10 p.m. on Mondays and Tuesdays and 11 a.m. to 10 p.m. Wednesday through Sundays.

A 2018 trial by Perpetual Guardian in New Zealand is most often cited by supporters when making the case for a four-day workweek. The trial was monitored by academics at the University of Auckland and Auckland University of Technology. The findings:

The switch to a four-day workweek didn’t happen all at once for all team members, either. Sera started with the back-of-house staff first. Front-of-house staff was the last to convert.

In the second phase, Sera split the schedule between two teams, which prompted him to hire a "second team" of four to five employees. Each team works two 12-and-a-half hour days back-to-back and then two shorter days.

So far, Sera says it’s been nothing but a positive change. He hasn't had a lot of extra costs, aside from an extra $100-150 a month spent on gas and electric needed to stay open seven days a week. The schedule switch boosted sales, especially amid new customers. Sera says he's seeing around 30-40% more new customers every day. "We're getting sales that we normally wouldn't," he says. In addition, profits of the restaurant, including revenue, has bumped up 30% since staying open for seven days.

“The first couple of months were hard to get used to that schedule,” he says. But after getting the hang of it, the staff and Sera love it as they get three consecutive days off, unless an employee wants to work more.

So far, Sera says 80-90% of his 11 employees choose to work the four-day schedule. “They come in more refreshed.”

After the pandemic-led furloughs and layoffs in early 2020 within the hospitality sector, there was a gaping hole from workers who did not return. Many companies have turned to lucrative sign-on bonuses to fill spots. Others have implemented robots to lighten the load on staff.

But for Sera, working one less day a week has been a difference-maker. Asked if he’s struggled finding employees to fill positions, Sera answers “not since we moved over to this.”

Switching to a four-day workweek has opened the door for those who still are interested in a job within the hospitality sector, he adds. Although, he admits it’s been hard finding qualified people for the job. The four-day workweek concept has been attracting many workers, but they’re not necessarily always the right fit for the restaurant business.

Cihan Cobanoglu, the McKibbon Endowed Chair at the University of South Florida Sarasota-Manatee campus, applauds a move like Sera has made.

“Flexible schedules have always been the strong side of hospitality and tourism jobs,” Cobanoglu writes in an email. “Switching to a four-day week schedule will make hospitality jobs even more appealing. Outcome-based work schedules will prevail to traditional five-day schedules and increase productivity.”

That's not to say that everyone who works for Sera has to comply with the four-day workweek structure. A few still choose to work five or six days a week, he says.

Outside hospitality, Jacquelyn Kennedy, CEO and founder of Tampa-based dog training company PetDT, has experimented with a four-day workweek — with solid results.

"As a manager, ahead of trialing the four-day workweek, I was a little apprehensive, as per all the laws we have previously used as managers say that having your workers in the office for less time would negatively impact productivity," she writes in message to the Business Observer. "But, in actuality, we have seen an increase in both productivity (a direct and tangible benefit of the four-day workweek), and employee satisfaction (which has a huge impact on our business, but is less tangible)."

Kennedy notes PetDT's overall employee productivity is measured through number of training sessions and articles they're able to upload to a blog. This stayed roughly the same as before, she says.

"There have been some week on week fluctuations, which can be accounted for by things like employee sickness and annual leave, and an initial learning curve — but, efficiency in productivity has increased," she says. "People are doing more work every day that they are in the office — which I think is a win. Though it isn't explicitly saving us money in this area, I think if we can offer our employees a better deal, whilst maintaining our profits, that is a no-brainer.”

Squeezing 40 hours into four days isn’t the only option when considering a shift from a five-day workweek to four.

Although it is currently stalled, a bill was recently proposed in California that would reduce the workweek to 32 hours across four days. It was expected to impact companies with more than 500 employees as well as require overtime pay for employees working longer than that.

Although Kennedy says the company’s four-day workweek hasn’t been in place long enough to assess employee turnover rates, “people just seem to enjoy their jobs far more than before.”

Outside Florida, a California-based company, conversion optimization platform Justuno, also recently made the switch to a companywide four-day week. In a press release, the company, with more than 50 employees across 11 states, says the switch was designed to combat burnout and manage the impact the pandemic has had on employees.

“I’m proud that Justuno can be an early adopter of this important practice,” Co-founder and CEO Erik Christiansen says in the release. “Adding an extra day to the weekend is simply a small step towards regaining balance, giving our team an opportunity to destress and spend more time doing the things that bring them joy.”

It’s easy to look at the hospitality industry for clues whether this will become a trend or can even work on a widespread basis. Before the pandemic, in early 2019, New York-based burger chain Shake Shack began testing a four-day workweek as a way to recruit managers. Last year, the program was suspended as the chain grappled with the pandemic. Instead, it put money toward bumping up employee wages. Sera adds that a restaurant near his might be entertaining the thought of a four-day workweek as well. “

Meanwhile, for companies in any industry thinking about what a four-day workweek would look like, a New Zealand nonprofit, 4 Day Week Global, is providing a platform for companies in the U.S. and Canada interested in trying out the concept. So far, 38 North American companies have signed up to take part in the pilot program, according to the 4 Day Week Global website. Those companies sport roughly 2,300 employees mostly in the U.S. The pilot program provides companies with workshops, mentoring, networking and research.

The trend, of course, remains young. There’s a lot of skepticism as well as support surrounding the notion. Sera’s advice? “Give it some serious thought,” he says. “Make sure it makes sense, but definitely try it.” 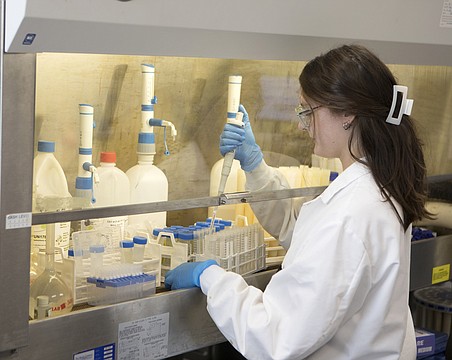 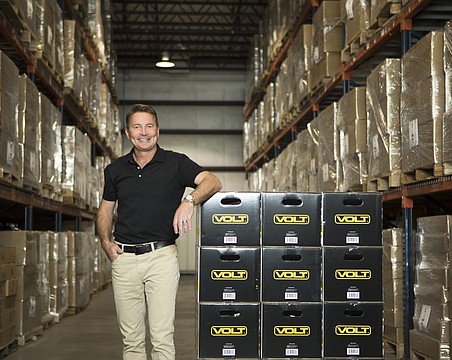 Wage warrior: CEO goes above and beyond for worker pay 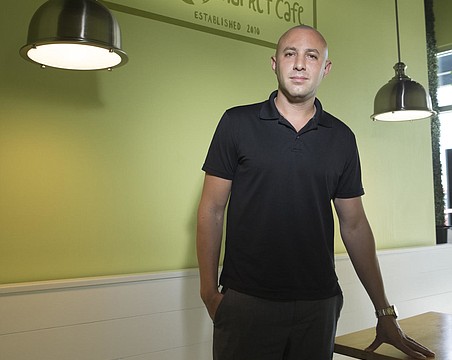 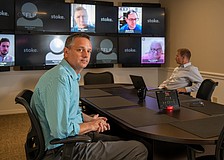 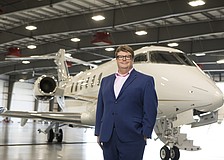 Power to the people: Businesses must reckon with new workforce realities 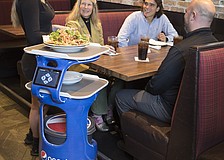 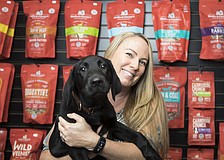 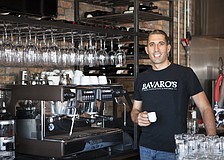