At capacity: Industry struggles with a counterintuitive 'COVID bump' challenge

Furniture retailers are confronting an unexpected, pandemic-driven business oddity: an oversupply of product.

Key takeaway: Instead of shortages, furniture retailers, such as Fort Myers-based Matter Bros. Furniture & Mattress, have struggled with too much product and nowhere to put it.

What’s next: Expect to see more inventory-reduction sales as retailers of all stripes endeavor to get product-supply levels back to normal.

While many industries are still reeling from shortages caused by global supply-chain disruptions, one in particular — furniture — has the opposite problem: too much inventory and nowhere to put it.

“In our industry, most retailers are loaded with inventory,” says President John Matter, who owns and operates the company along with his brothers Gary and Tom. “We’re over capacity both on storage and availability of product. We’re delaying shipments on orders that we can or canceling some of the open purchase orders that we feel we may not need. But other than that, we just manage the inflow of product and try to get get it delivered as quickly as we can.”

What caused such a backlog, and why, considering Florida’s explosive population and new-home growth, are furniture retailers struggling to reduce inventory?

In some ways, Matter says, furniture sellers were a little too clever for their own good. His company anticipated a “COVID bump” brought on by the millions of people who transitioned to working from home and had additional disposable income thanks to stimulus checks and reduced commuting costs.

“We had to project our orders out six, eight, sometimes 10 months in advance,” he says. “We didn’t run a sale for about two years because you couldn’t get product and you didn’t have markdowns.”

Delays in completing homes are causing us to hold product from eight months to a year, sometimes longer, because the home aren’t complete. And that’s compounding the storage capacity challenges that we’ve had.’ John Matter, Matter Bros. Furniture & Mattress

But here’s the rub: As supply chains normalize and freight costs come down, the purchase orders placed a half a year or more ago are now being filled en masse. Matter, 59, says the situation requires good communication with the logistics firms that handle product shipments.

“Normally, if a product arrives and one of the freight companies calls us for delivery, we might give them an appointment three to five days out,” he says. “Due to capacity issues, we are sometimes delaying those [appointments] three to four weeks. So, in turn, we’ve got to sell inventory quickly.”

That means special sales and inventory-reduction events are back, which should be welcome news for inflation-embattled consumers.

“We couldn’t run a sale for two years because every piece of inventory was precious,” Matter says. “Demand was so strong that you didn’t want to take a markdown — it wasn’t necessary. Now we’re on the other side of the coin: We’ve got to take markdowns to inspire the consumer to go out and buy.”

Matter Bros. Furniture is not alone in its supply struggles. Telsey Advisory Group, a research, trading, banking and consulting brokerage firm focused on the consumer sector, says retailers nationwide now find themselves with, to put it simply, too much stuff.

“The other big problem that our industry is facing, specifically here in Florida and other areas where you have new-home growth, is that the delays in completing homes are causing us to hold product from eight months to a year, sometimes longer, because the homes aren’t complete,” Matter says. “And that’s compounding the storage capacity challenges we’ve had.”

So, even though the product has been paid for, he adds, “it’s just sitting here waiting for the home to be complete, so we can complete the delivery.”

Despite the inventory hiccups, Matter Bros. Furniture’s sales have trended in the right direction. From May 2021 to ’22, Matter says, the firm did $92 million in gross revenue, up 45% year-over-year. Thanks to that growth and increased demand, the company hired more than two dozen new employees, bringing its head count to around 250.

“We’ll probably see 20% growth this year — that’s what we're targeting and tracking,” he says. “Because of the amount of furniture we have on hold, we expect to be around $110 million in sales in 2022. I think that's a fair estimate.” 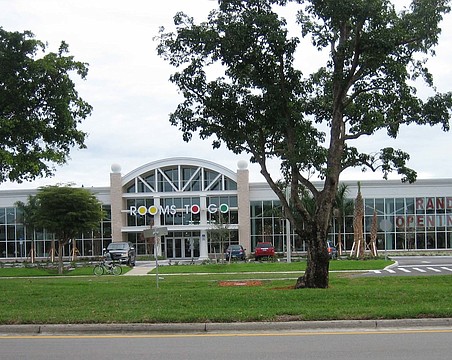 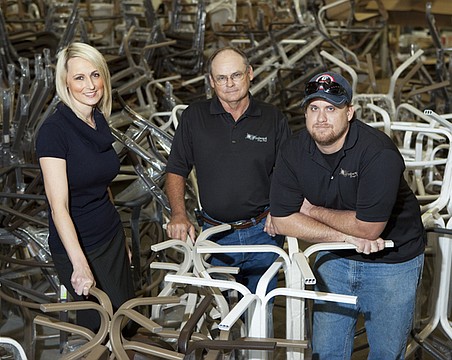 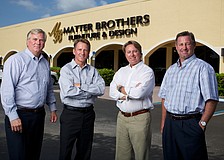 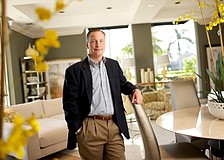 More coins in the couch cushions 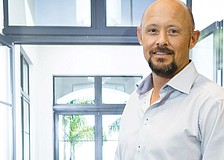