Money manager motivated by outsmarting others on the racetrack

Executive: Michael Calamaras. He operates his own financial firm as the financial advisor and field manager under the Northwestern Mutual brand, based in Sarasota. He started with Northwestern Mutual in 2019, after holding executive sales positions at payroll and human resources outsourcing firm TriNet. Calamaras also co-founded Spectro Racing LLC with a few friends. The team posts a variety of videos on YouTube for racing enthusiasts.

After a defensive driver course in high school, he was hooked. Now he takes cars to tracks nationwide and throughout the state. Following college, Calamaras and a few of his friends began competing in autocross events. He eventually traveled all the way to Salt Lake City to compete.

"Just like in business, things will be tough sometimes You’re going to wake up some days and not feel great. There were plenty of those days where I couldn’t perform at the level I thought I should be able to. You have to remind yourself that it’s one day out of how many days that you’ve trained." — Michael Calamaras

Adrenaline over money: Most hobbies require certain costs. If you picked up knitting, you'd have to buy the yarn.

But the hobby of racing cars can be quite expensive, Calamaras says. One weekend event alone could cost anywhere from $250 to $600 — just for an entry. That doesn't include how much gas is needed to drive there, a hotel stay and taking time off of work. Additionally, Calamaras says track insurance could be $300-$500 depending on the track.

But Calamaras wouldn’t have it any other way: the challenge fuels his passion. “I always loved the racing, technicality of the track and learning the corners,” he says, adding that learning the feel of the car was another great aspect. “It’s just fun for me.”

Close calls: To Calamaras, the challenges of racing is where the hobby pays off, especially when it comes to understanding how the car is going to respond to certain track conditions and learning the track.

“I would say the most challenging experience I had was when it rained,” he says. “I was coming down the back straight.” Calamaras was going around 130 mph. There was a braking zone downhill that turned into a 90-degree left hand turn. “I’m coming in hot,” he says of the experience. “So, that’s sort of scary.”

That’s not his only close call.

At one track, “I misjudged the braking and weight-shifting in my Mustang and began to oversteer,” he says. Calamaras drove off the track into the grass. “Luckily, somehow, even with very little grip on the grass, the vehicle just stopped. You could’ve put a piece of paper between the bumper and the wall. I was obviously clinched during that experience. That was probably the scariest experience.”

More than just a racer: Calamaras is always up for a challenge. That’s why he got started in CrossFit high intensity workout competitions last year. "You can tell there’s a trend,” he says. “I want to do something more challenging. I guess I’m an adrenaline junkie.”

So far, Calamaras has competed in a CrossFit Open, Festivus Games, a strength competition and the Battle at the Beach. He’s even participated in a few events where people carry backpacks with weights, known as ruck style competitions.

The marathon ruck is one of his most memorable experiences. For that, he ran a marathon with a 30-pound backpack, starting at Mote Marine Laboratory and Aquarium in Sarasota. It’s the only event where he’s come in first in his division. “It was interesting because I had never run a marathon before,” he says.

Unity in community: While the competition drew Calamaras in, community made him stay.

The CrossFit community, for example, is diverse. “You have everybody in there from high school students to senior citizens,” he says, noting he’s been to quite a few different Crossfit gyms, including local gyms Crossfit Lena, Seaward, Havoc and Real Fitness.

The community is actually his favorite part of both hobbies. While the communities are very different and unique, both are related in the sense that everyone shares a growth mindset.

Stay on the train: One of the most challenging parts in either passion, Calamaras says, is seeing peers do better than him at certain activities. “You have to remind yourself that you’ve made progress,” he says.

And that can be its own reward. “You can take a step back and look at where you’ve come from to see how much you’ve improved.”

That mindset has helped Calamaras take his progress one day at a time.

“Just like in business, things will be tough sometimes,” he says. “You’re going to wake up some days and not feel great. There were plenty of those days where I couldn’t perform at the level I thought I should be able to. You have to remind yourself that it’s one day out of how many days that you’ve trained.” 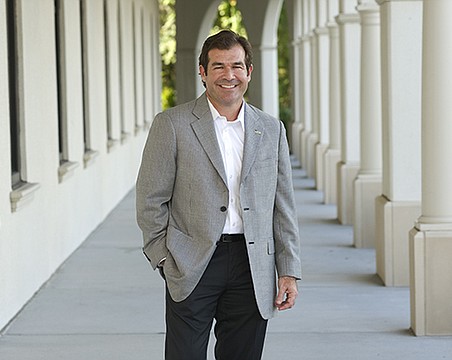 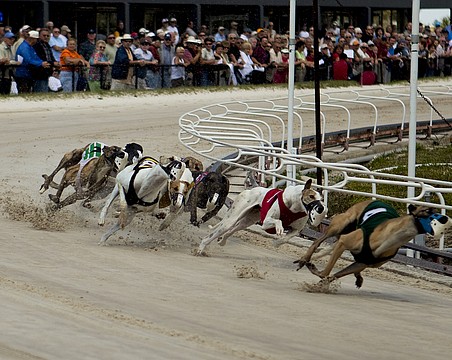 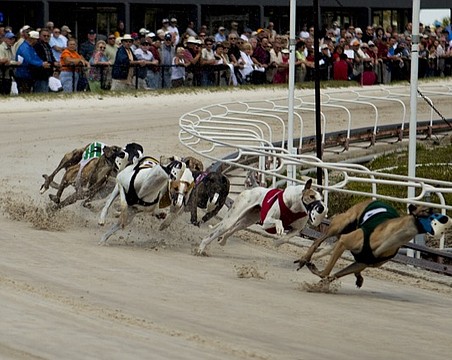 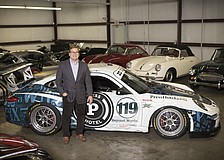 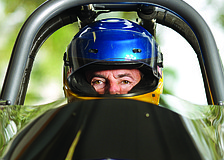 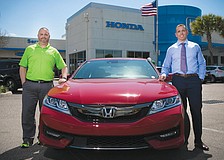 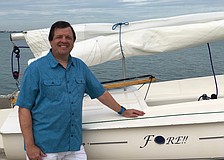 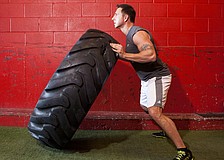