We all would like to wipe away the strife of 2021. But unfortunately, much of it will continue. To turn the tide and preserve what the Founders created, we must act with courage.

But you can be sure we all will remember it. Even if your company, your employer or you did well or OK, it was an awful year. Worse than any year Baby Boomers and those younger have experienced in their lifetimes. A word that comes to mind — other than awful — is “strife.”

It was a year of strife, seemingly with everything, every day — the economy, pandemic, national politics, Washington policies, foreign policy, the media, education, crime, immigration and on and on.

If only we could.

Here is the harsh reality: The strife of 2021 is going to continue. Covid, omicron, mandates, inflation, shortages, Washington stupidity/incompetence, destructive national media, Big Tech censorship, open Southern borders, crime, wokeness and the relentlessness of the progressives. Their relentless goal to tear down what made this country great and spread the misery of their elitist-controlled, authoritarian socialism.

All of that strife will continue to be debilitating obstructions to what used to drive America — the national culture to be achievers, innovators and individuals free to strive on our own terms to live the American dream.

While many of us still will work to move forward and be optimistic, simultaneously, as we did in 2021, we must confront all the strife and evils tearing our country down.

To win, we will need courage. Indefatigable courage.

Readers of this page may remember one of our traditions and rituals at the beginning of each year is to declare a single word to live by in the new year; to guide our direction and actions in the new year; inspire us year-round; and serve as a guidepost for what we do and want to accomplish in this new year.

In 2022, we need courage, the courage to turn the darkness to light. For those of us who still believe America is Pilgrim John Winthrop and Ronald Reagan’s “city on a hill,” we must start with courage.

Resist. Stand strong. Fight hard. Fight back. Be bold. Speak up. Never give in.

We are in the midst of a second civil war — this time to preserve our cultural heritage, namely, the Founders’ declaration that we are endowed by our Creator with the rights of life, liberty and the pursuit of happiness. We are individuals, not a collective, not tribes, not enemies. Individual Americans.

Indeed, it’s not off base to say that when you think of what you want in life, you don’t want power mongers in Washington to rule every aspect of your life; to confiscate the fruits of your labor; dictate whether you must wear a mask or cannot celebrate Christmas with family. You want to be left alone — in peace; safe from criminal harm; left alone to exist for your own and your family’s sake; and contribute to your community as you see fit.

In 2022, we need courage, the courage to turn the darkness to light. For those of us who still believe America is Pilgrim John Winthrop and Ronald Reagan’s “city on a hill,” we must start with courage.

To turn the current tide, courage is one of the first requisites.

We need courage for so many things. A few:

• Courage to demand that people elected to Congress immediately stop spending and printing money. Their inflation —the worst and most pernicious tax of all — is crushing the poor and middle class.

Have the courage to demand of your representative that “Build Back Better” or any other new spending scheme must be axed into confetti and burned. The members of the Democratic Party majority are clueless to the fact the effects of inflation in 2022 and the cure are going to be more painful than the price increases we’re seeing now.

When Joe Biden asks meat producers (or any industry, for that matter) to lower prices, he is showing his cluelessness. The meat producers are not the cause of higher prices. Biden and the Democrat-led Congress are!

• Have the courage to demand Congress end the pandemic payments that have given so many people the incentive not to work. Late last year there were 10 million unfilled jobs and 8 million unemployed.

Government payments and incentives not to work fuel the increase in prices. With fewer workers producing fewer goods and services while they have the trillions of dollars of emergency spending, there is an obvious imbalance — higher demand than supply. The payments are a temporary and false hope. There is only one path to economic health and wealth: work.

• Small business owners: Have the courage to be vocal advocates for free enterprise. Drown out the wokeness of the wimpy, PC corporate CEOs who place DEI (diversity equity and inclusion) ahead of merit and the content of character.

The model for small business owners is Home Depot co-founder Bernie Marcus’ Job Creators Network. Its mission is to provide business leaders and entrepreneurs with the tools to educate everyone about the virtues of free enterprise, to be the voice of free enterprise in the media, in Congress, in state capitals, in local communities and the workplace.

Extend that to your children and grandchildren.

Capitalism, competition and a meritocracy made America great. Ayn Rand: “If one wishes to uphold individual rights, one must realize that capitalism is the only system that can uphold and protect them.” No nation ever reached prosperity through its government or via any other “ism” than through capitalism.

• Have the courage to call out and shine the light on the fallacies and lies of the woke orthodoxies. Defend the Constitution. Defend freedom of religion and speech and the right of the pursuit of happiness. These are the cornerstones of what separates the United States from every other place in the world.

In some respects, you can say DeSantis is showing the courage akin to that of two famous patriots who stood up to the higher authority of Great Britain’s King George — that of Patrick Henry and Thomas Paine (see box below).

• Have the courage to elect representatives at every level who embrace the freedom philosophy — that is, our elected officials are our servants; we are not their slaves. Their jobs are to protect our freedom, not take it away. Every law they pass, every dollar they borrow and spend, takes away your freedom.

When Ronald Reagan gave his farewell address, he reminded the American people of the importance of “three little words”: “We the People”:

“‘We the People’ tell the government what to do, it doesn’t tell us. ‘We the people’ are the driver; the government is the car. And we decide where it should go, and by what route and how fast.

“Almost all the world’s constitutions are documents in which governments tell the people what their privileges are. Our Constitution is a document in which ‘We the People’ tell the government what it is allowed to do. ‘We the people’ are free …

“… And I hope we have once again reminded people that man is not free unless government is limited. There’s a clear cause and effect here that is as neat and predictable as a law of physics: As government expands, liberty contracts.”

Americans want to be free, not slaves of politicians.

If we are to save what has sustained us for nearly 250 years — that individual rights and freedom supersede the government’s powers, we must have the courage and show the courage to live the words of Patrick Henry. In one of his oratories to the Continental Congress, he told his peers:

“The distinctions between Virginians, Pennsylvanians, New Yorkers and New Englanders are no more. I am not a Virginian; I am an American.”

• Have the courage to be a proud American, an American who embraces what the Founders created and achieved. For 250 years, this nation has been the world’s “shining city on a hill.” Let’s have the courage to keep it that way.

How the courage of two patriots turned the tide

Patrick Henry and Thomas Paine, two American Revolution patriots known for a famous speech and book (“Give me liberty or give me death” and “Common Sense”), exemplified in their day the meaning of courage — the courage to take lone stands and speak vociferously against the popular, prevailing thought.

Henry made his first mark as one of the most outspoken opponents to King George in 1765, after the British monarchy imposed the Stamp Act taxes on the colonists. Henry delivered to the House of Burgesses in Virginia what became known as his “Caesar-Brutus” speech.

So enraged by the Stamp Act, Henry forcefully suggested King George could suffer the same fate that Julius Caesar did at the hand and knife of Brutus if the king rejected American liberty.

Horrified at his brazen outburst, many Virginia burgesses accused Henry of committing treason.

Instead, his comments propelled him into the national spotlight.

Ten years later, in March 1775, Henry delivered the speech for which he is best known today.

Amid a gathering of the Second Virginia Convention, historical accounts say Henry rose from a third-row pew and began speaking, as he often did, extemporaneously. No notes. A minister who witnessed Henry’s speech described Henry as having “an unearthly fire burning in his eye.”

Henry proceeded to argue against trying to negotiate reconciliation with the monarchy and its army and instead called for Virginia to establish an armed militia.

“Why stand we here idle?” Henry is quoted as saying. “What is it that gentlemen wish? What would they have? Is life so dear, or peace so sweet, as to be purchased at the price of chains and slavery? Forbid it, Almighty God!

“I know not what course others may take; but as for me, give me liberty, or give me death!” As he uttered these final words, Henry plunged a letter opener toward his heart.

Paine made his mark with his book, “Common Sense.” When you read it, you see Paine’s arguments are exactly that — simple common sense for why the colonies should be independent and free from the English monarchy.

Within Paine’s many cogent arguments, and at great risk to himself, he flung nasty invectives at the king and his followers, words that in this day would have him banned from Twitter and Facebook.

After the Battle of Lexington, Paine wrote, “I rejected the hardened, sullen tempered Pharaoh of England forever; and disdain the wretch …”

Criticizing a speech from the King, Paine wrote: “Every line convinces … that He, who hunts the woods for prey, the naked and untutored Indian, is less a Savage than the King of Britain.”

Of one of the king’s admirers, Paine said he “sunk himself beneath the rank of animals, and contemptibly crawls through the world like a worm.”

Henry and Paine knew their words would put targets on their backs. But they were so passionate in their beliefs, they had the courage to speak out and help change the course of history.

Today, of course, Henry and Paine most likely would be vilified in the national media and banned from social media for their outspokenness and comments. But in their day, their courage via their speeches and writing are credited with swaying the American people to back independence and reject what was then the totalitarianism of the British monarchy. — MW 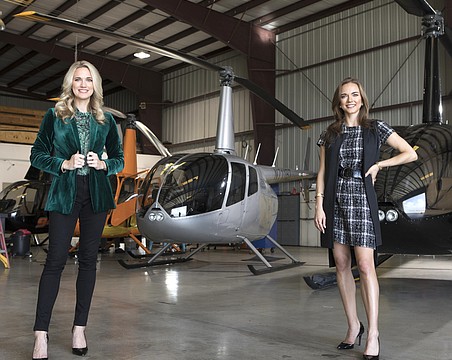 Brexit reaffirms what we celebrate on July Fourth 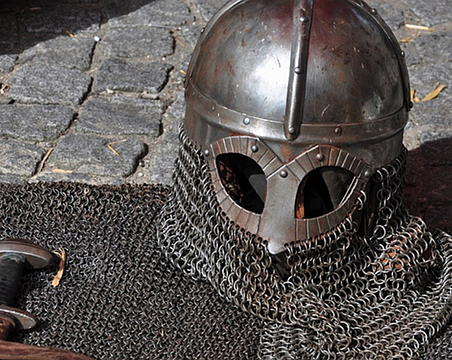 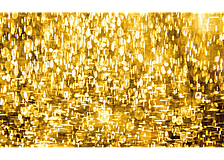 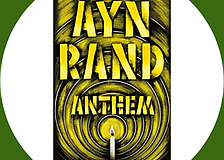 The politics of liberty and why Jefferson wrote the Declaration