St. Louis native takes the long road from the broadcast booth to managing millions of square feet in Florida

James Tainter knew early on what he wanted to do with his life.

Growing up in St. Louis, his parents were both in real estate, so the business was in his blood. His mother was a Realtor and he would help her with listings, mowing lawns, that sort of thing. His father worked for a homebuilder on the supply side.

Real estate was always on the periphery of his life.

But the industry is a big one with a lot of facets. So, it wasn’t until he was a senior at the University of Missouri-St. Louis in 1983, when writing a senior thesis on the emerging industries of the 1980s that all the pieces came together. The topic he chose was property and asset management. He began researching and the more he dug, the more he fell in love.

“It’s funny,” says Tainter, 60, “how a lot of people get into property management by accident, but it was something that I chose to do right out of school and I never looked back.”

Today, after 40 years in the business, Tainter is living in Tampa, where he moved five months ago to take a job as senior vice president for the Sun Belt region for Chicago-based real estate firm Hiffman National. Hiffman has 100 million square feet of commercial property under management in the U.S. Tainter’s territory stretches from Florida to California, basically taking the “bottom half of the country.”

'We scaled the whole organization to be able to provide a consistent, high level, differentiating, almost hospitality-based kind of service approach to every building that we do.' James P. Tainter, senior vice president at Hilffman National

He oversees 26 people spread across Texas and California along with Florida, where the company manages almost three million square feet of property in the Tampa Bay area. That includes managing one million square feet for Toronto-based Agellan Commercial REIT at 6100 McIntosh Road in Sarasota.

Hiffman National, which grew out of NAI Hiffman, has only been around since 2019. But the company is taking what it calls a new, more hands-on approach to managing office, medical, retail and industrial properties.

That approach means offering services to both the owners and tenants beyond the duties of traditional property management — collecting rent and providing maintenance.

“What makes Hiffman National different?” the company asks on its own website. “At the heart of our service philosophy are a commitment to improving tenants’ workplace experience and an owners’ perspective — we understand the drivers of value in commercial real estate.”

While that is obviously a marketing statement, the company believes its portfolio of services can help a property owner both maximize revenue and create stability. Included in its rosters of offerings, alongside traditional property management duties, are construction management services, accounting services, asset management consulting, marketing and event planning.

The idea, the company says, is for Hiffman to be a combination of concierge, business consultant, construction manager and event manager for its clients.

“We scaled the whole organization to be able to provide a consistent, high level, differentiating, almost hospitality-based kind of service approach to every building that we do,” says Tainter. “And it’s started to catch on.”

He says the approach is part of an evolution in the industry. He says the difference between commercial property management when he first started in the 1980s and today is night and day. The reasons for the changes is that property owners, including institutional investors, are increasingly sophisticated and asking property managers to help increase their net operating income.

When you begin to understand why an owner owns a property and can help them achieve their investment goals, Tainter says, “then you’ve done something that’s very transferable to other properties.”

Tainter was working in Houston when he first heard what Hiffman was doing and saw the growth potential of the company’s model. He wanted to be a part of that growth and reached out to executives he knew in the company.

They quickly came to an agreement and he’s been in Tampa since September.

Bob Assoian, executive vice president and executive managing director of Hiffman National, says the company is “thrilled to have a CRE veteran of Jim’s caliber” as it expands in the Sun Belt and across the country.  “He has a stellar history of servicing property-owner clients at a high level and building market-leading property teams through training, mentorship and consistent engagement.”

For now, Tainter and the company are mainly doing business in Los Angeles, Tampa Bay and Texas, but is looking to grow. He sees opportunities for growth in Phoenix as well as expanding in Texas, particularly in Dallas, and in Florida. Other states in the lower half of the country are in play as well.

But, for all of Tainter’s success in property management, one is left to wonder if his life would have gone in an entirely different direction had he not been snubbed as a senior at DeSmet Jesuit High School.

His time at the school coincided with a remarkable run for the basketball team, which was 102-4 in the four years, losing only one game in his last two years and going undefeated in his senior year.

Tainter was the “Voice of the Spartans,” broadcasting the team’s games and serving as PA announcer.

As the team wound up the season in his senior year, he fully expected to voice a planned film commemorating the state championship season. But he was told the school decided to go in a different direction. The coach had hired some guy named Bob Costas.

“I was really disappointed that I didn’t get to do that, but if I was going to lose out on that job, I’m glad it was to Bob.”

Costas, then in his 20s and now a legendary broadcaster, had been the play-by-play announcer for the Spirits of St. Louis of the American Basketball Association. When they met, Costas told Tainter not to worry about losing the job. “It’s okay, kid. You’ll get another shot someday.”

Tainter, after a hesitation, says he's not sure life would have taken a different direction had he not lost the job voicing the film. He went on to host a program on the college radio station as a student and thought about pursuing broadcasting as a career. But, he says, he felt that, ultimately, he’d go into business.

“And then, once I did that thesis, I kind of found my calling.” 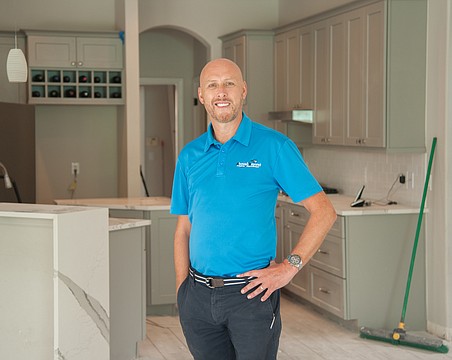 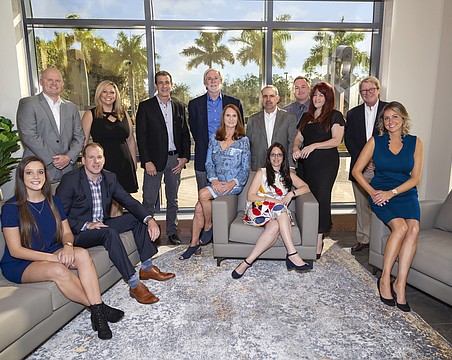 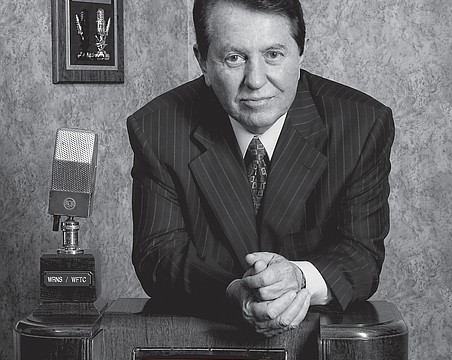 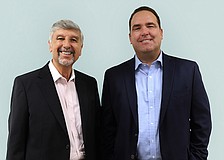 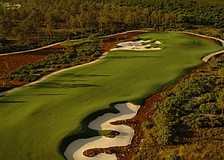 Tee time: The Hoffmann Family of Cos. gets into the golf business 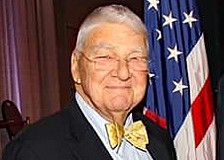 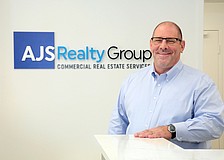 Real estate 'chameleon' can adapt company on the fly