Medical fluid maker rolls with the punches as delays mount

Progress has been slow for Assure Infusions, a new health care supply company taking shape in Bartow. But its founder believes the payoff will be immeasurable.

Alex Lucio altered the original plans for Assure Infusions to include a second, smaller building on the site in Bartow. While the larger facility will make 1,000-millimeter and 1,500-milliliter IV bags, the smaller one will produce bags with capacities ranging from 50 milliliters to 250 milliliters, broadening the range of products the company can offer.

“There are all kinds of different IV bags,” Lucio says. “The hospital pharmacy will get the small bags, and if they need to send a drug upstairs to a patient, they'll inject the small bag. The patient already has a central IV line in, and it usually has a big bag. They'll spike the small bag into the big bag.”

He adds, “What's interesting about IV fluids is that maybe 80% of the time, it's not really the fluids the patient needs. The central line is put in because it's the drug delivery system, so they don't have to keep jabbing the patient over and over again.”

Back in August, serial entrepreneur Alex Lucio didn’t have much to show, yet, for Assure Infusions, his grand new medical-supply manufacturing venture in Bartow, a city of about 20,000 people in Polk County.

A sign reading “Future Home of Assure Infusions” stood in front of an empty field back then. A few months later, a chain-link fence has gone up and steel girders are stacked along shipping containers full of windows, doors and other building materials. In the middle of the field sits a RV Lucio uses as an office.

“We hope to have the building up by March,” Lucio says. “That will give us a green light for the machinery. I can’t have machinery arriving until there’s a building. Everything’s on order, so it can move fast once we get four walls up.”

When it’s fully up and running, which Lucio hopes will be in September 2023, the $20 million, 60,000-square-foot Assure Infusions facility will manufacture much-needed intravenous fluid bags, a product of critical importance to hospitals worldwide. The company will specialize in four IV fluids: sterile water, sodium chloride, dextrose and Ringer’s lactate solution, which is similar to saline and can be used to treat a range of disorders, including dehydration and low blood pressure.

“When you think about manufacturing pharmaceuticals, what you end up having is a monster pharmacy,” Lucio says. “The only difference between us and a pharmacy is that pharmacies make a dose for an individual, and we’re doing it 5,000 gallons at a time, adding ingredients with huge drums. Other than that, it’s the same.”

Lucio is no stranger to mass manufacture of medical devices and supplies, and he’s drawing on experience at the previous company he founded, Winter Haven-based 3B Medical, which makes oxygen and ventilation devices, as well as products that fight infections. He’s also drawing on funds from investors who supported 3B Medical — a $100 million enterprise when Lucio sold it in 2020 to React Health.

With Assure Infusions, however, Lucio is learning every entrepreneurial venture, even in a familiar industry, is different.

“I thought the easiest part would be to put the building up,” he says, “and the hard part would be on the manufacturing side. But the level of complexity to put up a building — everything from water drainage to trying to get utilities brought to the site … this is my first time trying to put up a facility, but I didn’t expect the delays on the construction side.”

The project’s main obstacle, Lucio says, is the lack of a concrete slab. Once the foundation is poured, progress should come fast and furious. A delay resulted from local officials’ concerns about drainage and runoff — pretty simple stuff, but Lucio, being new to development and construction, had to play catch up.

“One of the things you don’t think about is what happens to water on a 60,000-square-foot roof,” he says. “Oh yeah, runoff. And where does that runoff go? That became a slowdown, because we had to do a study on the land and where the water would drain. So now we’re going to extend out a retention pond.”

He adds, “They’re asking for very little, but if I had put up a commercial building before, I would have expected this.”

Lucio doesn’t seem too fazed by the lull in progress. “This whole project, it’s all prefab buildings,” he says. “Once the concrete pours, it’s like an erector set. You can literally put up a building in six to eight weeks.”

He’s also keeping his eye on the long-term goal: a company that will bring more than 100 jobs to Bartow and disrupt an industry dominated by two major players: Baxter International Inc. and B. Braun Medical Inc.

“We’re unique in the sense that other IV manufacturers in the United States, they make product, they ship it out for sterilization and then they get it back. That's a three- to four-week cycle. We’re sterilizing on site.”

He adds, “We'll be the only manufacturer that can go from production to out the door the same day. When it comes to inventory management, hospitals want a daily shipping schedule, and we can maintain that. In a shortage environment, that’s a huge advantage.” 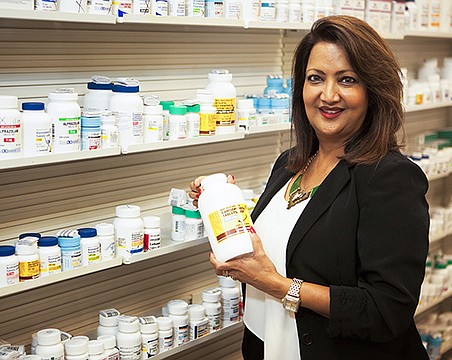 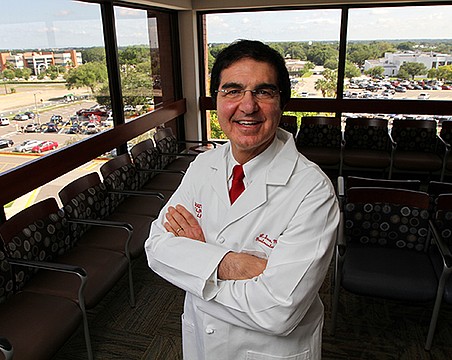 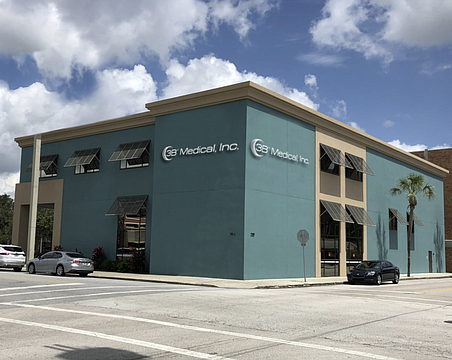 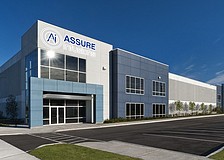 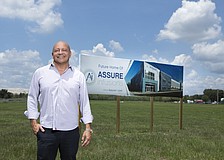 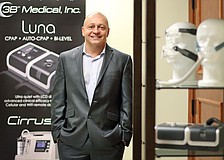 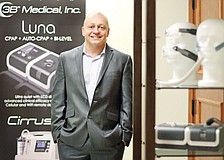 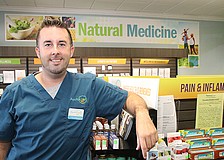