A joint venture looks to restore the historic Fort Myers property and bring life to an often underserved and overlooked community.

Key takeaway: Developers will transform a historic property, McCollum Hall, on Dr. Martin Luther King Boulevard in Fort Myers, into a food hall and build 26 market rate apartments on the property. The hope is the project will elevate the neighborhood and local entrepreneurs.

Core challenge: Two developers have tried to renovate the property before only to see the projects fall apart. The new developers, a joint venture, spotted the property earlier and have assured Fort Myers City Council that they have the resources to pull off the job.

What’s next: While construction isn’t likely to begin until early 2024, the developers are holding meetings and community events to talk to residents about the plans and to get feedback.

About two years ago, as the pandemic was slowly beginning to ebb, a Tampa developer and a business partner began looking for properties.

The pair wanted to expand in Florida and sought cities where there was a chance for development and redevelopment. What they wanted was an opportunity for growth. Fort Myers fit that criteria.

But one particular property really caught their eye.

It was McCollum Hall, a building at 2701 Dr. Martin Luther King Jr. Blvd. in the city’s Dunbar District.

The hall was built in 1938 by Clifford McCollum Sr., a Black businessman and entrepreneur in the area. For decades, the building’s second floor had been a dance hall with the likes of Louis Armstrong, Count Basie and Duke Ellington taking to its stage. The USO had used it to serve Black servicemen stationed at nearby Page Field and Buckingham Army Airfield.

There were retail shops on the first floors.

According to The Lee County Black History Society, the dance hall kept operating, catering mostly to local teenagers, until the late 1970s. The second floor then became a rooming house in the mid-1980s.

Fort Myers’ Community Redevelopment Agency bought it in 2008 and McCollum Hall was added to the National Register of Historic Places on April 18, 2022.

This, the partners thought, was just what they were looking for. It was in a neighborhood primed for revitalization, the CRA was involved and there was an opportunity to give an underserved area a boost.

“We started learning about the history and how much that location meant to the community,” says Leonard Burke, managing partner at Cornerstone Strategic Partners in Tampa. “It just made us say, ‘All right, we can really do something to kind of rejuvenate this area.’”

But there was a problem. Someone already had a deal with the city to renovate McCollum Hall. Word on the street, though, was the deal was stalling.

So, Burke and his partner, Miles Alexander III of the Fort Lauderdale commercial real estate developer Alexander Goshen, stepped back but kept tabs on the property in the event something changed.

And about a year ago, the deal in place fell apart. McCollum Hall was back in play.

“Once we received the RFP that it was available again, I was like ‘perfect.’ I mean, we started looking at it, but it’s only so much that we can do because it was under contract with another developer," says Burke, a Business Observer 40 Under 40 winner in 2021.

“But when that contract was terminated, when the RFP hit the street, we were ready.”

Being prepared paid off.

Burke’s Cornerstone is part of a joint venture with Alexander Goshen that in June was awarded the contract to restore the historic property. The plan they proposed and was approved by the city is to create a 14,200-square-foot food hall with a rooftop deck and to build 26 market rate apartments on an adjacent property, south of the hall. In total, it's a $14 million project.

The venture has a 99-year ground lease with the city at $1 per month, Burke says. Construction on the project is likely begin in early 2024 with the work on both the apartments and the food hall happening simultaneously. The work will take about 16 months to complete.

Goshen + Cornerstone’s goal is to get local restaurateurs into the food hall with the hope of giving these entrepreneurs, some who are already doing well, support in order to help catapult them to the new opportunities, which could include opening standalone restaurants. In the process, he says, these restaurateurs will help make McCollum Hall a destination which will spotlight the area.

The two men created the joint venture because they realized that by aligning their resources they could make a bigger difference. And making a difference in underserved communities is of immense importance to both men.

Burke grew up in public housing in Miami’s Liberty City neighborhood and Alexander grew up in the foster care system in Philadelphia. Their goal is to invest and improve communities like the ones they grew up in — giving young people opportunities to grow and neighborhoods to flourish.

“Coming on to this project is near and dear to my heart,” says Alexander, “because I’m able, at a point, to now give back to a community that looks like me.”

“Their vision aligns well with the desired outcomes of the CRA and the city, with the goal of building a well-designed community activator project that lends itself to the character and fabric being woven by all of the CRA,” says Michele Hylton-Terry, the agency’s executive director.

The development area was established in 2000 “for the purpose of stimulating” development along the commercial corridor that connects Interstate 75 to downtown. The agency says the goal is to develop plans that will bring “above-average wage jobs” to improve the lives of residents as well improve a key section the city.

As part of that effort, after the CRA bought McCollum Hall in 2008 it began to clean up the building, stabilizing a back wall and replacing the roof. In 2016 it restored the exterior using grant money from the state’s Division of Historical Resources. County property records show the CRA paid $100 for the hall, but in a 2009 annual financial report the agency says is it paid $382,500 — $217,335 up front and 24 payments totaling $165,165.

But a full renovation was needed to restore McCollum Hall as community gathering spot, the agency said. To that end, two previous developers were unable to get the funds to complete the work.

At a June 22 meeting, Fort Myers City Councilman Fred Brunson, who represents Ward 5, pressed Burke on whether Goshen + Cornerstone had its financing in place to complete what it was proposing, saying “we wasted a couple of years” with the previous developer.

Burke assured council members that his team had the funding in place, disclosing financial commitments for the project and lines of credits as well as a historic tax credit structure for the now-$14 million project (the project’s price tag was $11 million at the time).

The developers are in the early stages of planning, which, as developers know, can be more difficult than the actual construction. As part of that process, Goshen + Cornerstone is holding community meetings to talk to neighbors about what they’d like to see and also plan to hold engagement events on the site to bring people in to look at the plans and offer feedback.

The first such event, which included a play area for kids and food trucks, was held Nov. 12.

The Dr. Martin Luther King, Jr. Boulevard redevelopment area, divided into four sub-areas, was established in 2000 for the purpose of stimulating commercial development along the corridor. 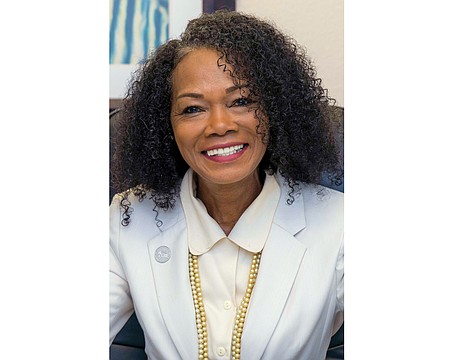 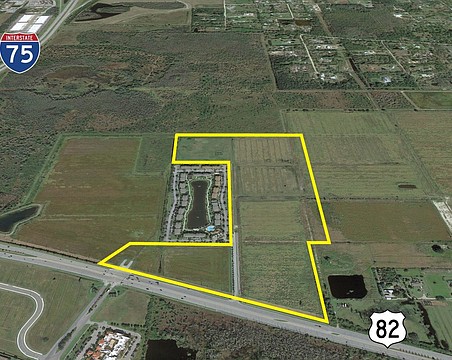 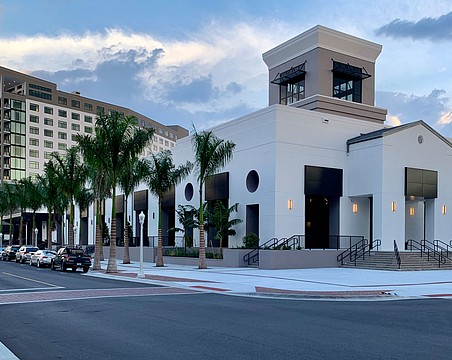 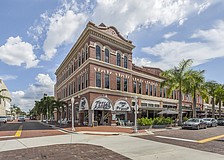 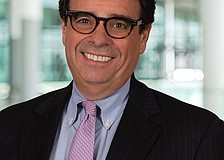 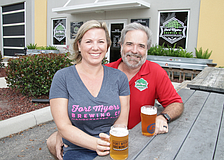