Entrepreneur set on making a difference in housing industry

When Mark Vengroff's father asked him to take over managing One Stop Housing, he was reluctant. Now, there's nothing he'd rather be doing.

While working at a dream job in California, Vengroff got a call from his father that would change his trajectory and lead him to Florida with a passion to provide affordable housing for an underserved community.

About eight years ago, Mark Vengroff, 56, found himself as CEO of his dream job.

At the time, he was working with the founder of Clearlight Partners, an advisory private equity firm that had recently purchased Walker Advertising. Soon enough, Vengroff was named CEO of Walker Advertising, which assists legal firms with marketing and branding, including filming commercials.

But two years into that job, his father, the late Harvey Vengroff, a prominent Sarasota businessman known partially for his battles with local officials over zoning and housing regulations, called with some news. The elder Vengroff had acquired a third hotel property and shortly after was diagnosed with cancer. Given a year to live, Harvey asked his son to take over managing the properties. Resisting at first, the younger Vengroff asked his father to “just sell them. I was happy doing what I was doing.”

“He said, ‘I can’t sell it. Thousands of families will be without a place to live,’” Vengroff says. Harvey had purchased the first hotel building 20 years ago in Sarasota and rented it out to families. When he made the call to Mark, he had a second hotel property in Sarasota and one in Bradenton that was under construction.

So, two years into his time at Walker Advertising, Mark Vengroff flew from California to Florida to get a sense of the situation. After seeing the communities the residents had formed, he knew he couldn’t let them, or his father, down.

Not wanting to leave Walker Advertising without a CEO, he stayed for six months, until a new leader was in place. Then he spent the last six months of his father’s life working “side by side” with him to grow the company his father created: One Stop Housing. The Sarasota-based company specializes in buying and converting hotels, offices, schools and other property types into apartment buildings whose units are priced below market rates. It operates in Bradenton, Kissimmee, Orlando, Sarasota and Memphis, Tennessee. (Harvey Vengroff died Oct. 11, 2018. He was 77.)

“We’re for-profit, but have a philanthropic approach,” Mark Vengroff says. “Everyone deserves a place to live.”

Five years later, the business has grown substantially. Currently, there are 800 units in the queue to be built this year. That’s in addition to the 3,000 units already been built, plus the eight hotels it's converted to workforce housing.

The company keeps rates within the 60-80% of the Area Median Income (AMI) range, but in order to live within a One Stop Housing community, prospective residents must have a job. That's the only requirement.

The average cost to live in a One Stop Housing community is $750-800 a month, which is all-inclusive with utilities. The goal? For workers to live close to where they work without spending their entire paycheck on housing — a big issue in hospitality-centric communities like Sarasota or Orlando.

“We’re 40% below market,” Vengroff adds. “My father said, ‘greed kills everything good.’ If we’re making enough, we don’t have to take it out on the tenant.”

When looking for a property to build a community, One Stop Housing has few limits. Vengroff says the company has acquired everything from schools to commercial and industrial spaces. As long as the structure, or land, is near public transportation, it can work.

After One Stop Housing acquires a property, it’s time to either renovate or build. Vengroff says the company does so without cutting corners, even though construction and material costs have recently “gone through the roof.” The company cuts down on a lot of those costs by using its in-house construction team.

Since the layouts for the apartments are similar, One Stop Housing can purchase in bulk. So even though the cabinets are custom-made, the company could purchase 800 at a time to reduce cost. The four apartment layouts include a studio, one bedroom, two bedroom with one bathroom and two bedroom with two bathrooms.

The biggest motivator for the team and Vengroff to this day remains Harvey. “My father was always my hero. His spirit lives very loud and clear here,” he says, noting especially of Harvey’s philanthropic focus. “We keep that in the back of our heads.”

“His final words to me were, ‘grow this thing to a billion,’” which was a nod to earlier in Vengroff’s career. As CEO of Vengroff, Williams and Associates, a debt collection agency started by Harvey, Vengroff grew the company into 19 countries with 1,100 employees and took it from managing $10 million to over $32 billion in assets.

Of his own passion for providing workforce housing, that’s an easy question for Mark Vengroff to answer. The tenants and their stories.

“It always seems when I have a bad day, I’ll get a phone call or letter from a tenant,” he says.

A woman, who left a bad situation in Texas, moved in with her friend in Florida. Not long after, she found herself kicked out of the temporary housing. She was widowed, had no credit and was living on the street, even though she had a job, Vengroff says.

Every housing place she tried denied her application. Following a particular rough day of being turned away, she devised a plan. There was one more place on her list to apply for housing. If that place rejected her, she planned to go to the Sunshine Skyway Bridge that spans Tampa Bay between Hillsborough and Manatee counties to jump, and kill herself. That last place was One Stop Housing.

After a brief interview, she was handed an application to get her set up for an apartment. In disbelief, tears started streaming down her face. Vengroff says when asked why she was crying, she says, “you just saved my life.”

“This," Vengroff says, "is exactly why I’m doing what I’m doing.”

The One Stop Housing company truly is one stop.

Mark Vengroff kept on the managerial team that was under his father and then acquired a construction company to source all the company’s construction needs in-house. He also started a nonprofit, One Stop Cares, to assist with all of the “wrap-around” services, like providing residents with furniture, food or even help with an interview, and appointed a president to oversee operations. The nonprofit has also hosted toy drives, financial services classes, educational programs, parenting 101 classes and even provided a place for residents to get COVID-19 shots.

The company has also opened a telehealth center so residents have access to healthcare in their clubhouse, and Vengroff says they’re looking to offer this capability throughout more of their communities.

It's even gone as far as purchasing a $100,000 home, fixing it up for about $50,000 and handing the tenant the title. They set the tenant up on a mortgage plan to help repair their credit and within two years the tenants have paid back the $150,000. The company has only done this about a dozen times.

One Stop Housing is also home to Florida Incubator, a division of the nonprofit. After realizing there were tenants who were running businesses out of their homes, Vengroff created the division to align tenants with a coach before they speak with investors. “It’s really about the coaching and helping the entrepreneur,” he says.

So far, Vengroff's seen tree-cutting, pool and lawn services, and T-shirt companies thrive through the program, as well as many others including technology-focused companies.

Stimulus to believe in returns

Why Vengroff sold its AR unit to Capgemini 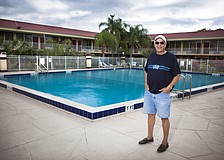 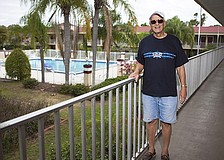 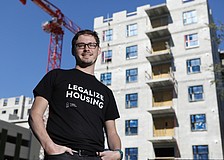 Affordable housing crisis continues as many search for answers 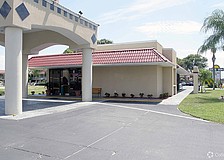