Johnny Crowder, the founder and CEO of a health tech firm and the frontman of a metal band, hits all the right notes as his business booms.

Johnny Crowder, 30, has fronted the heavy metal band Prison since he was too young to buy booze in the clubs the band would play. Struggles with mental health, however, prompted him to launch Cope Notes, a service that sends supportive SMS text messages to subscribers in an attempt to “rewire” the brain, eliminating negative thought patterns through positive stimulus.

Mental health has shed its stigma over the past few years, as high-profile athletes and performers have come forward with honesty and candor about struggles with anxiety, depression, panic attacks, addiction and other emotional and psychological difficulties.

American gymnast Simone Biles and Japanese tennis player Naomi Osaka, in particular, were upfront about their mental health problems, and their vulnerability was an inspiration for millions of people — 52.9 million in the United States alone, according to the National Institutes of Health — who’ve suffered far too long in silence, afraid of being labeled weak, lazy, antisocial, etc.

With his tech company Cope Notes and heavy metal band Prison, Tampa entrepreneur Johnny Crowder, who describes himself as a “suicide and abuse survivor,” has become a leading advocate and voice for people worldwide who need to know they’re not alone in their mental health journey. Cope Notes, in particular, has turned into a significant success story, leading Crowder, 30, to become an in-demand public speaker, delivering TED Talks with titles such as, “How to Grow as a Person (and Why It Sucks)” and “Why I Don’t Want to Die Anymore.”

Crowder was a rocker first and still thinks of himself that way — “I call myself an accidental entrepreneur,” he says — but his work as the ultra-intense, gravelly voiced frontman of Prison nicely complements Cope Notes, which delivers positive, supportive thoughts in the form of SMS text messages.

“I was attracted to heavy metal because of the honesty, which I still value today,” he says. The metal bands he was into were “talking about loss, frustration and self-doubt, and I’m like, ‘Yo, this is real; I can absolutely relate to this.’”

To date, Cope Notes, which has just four full-time employees, has sent more than 1.5 million messages to nearly 25,000 customers in 97 countries. The service costs about $8.99 per month — a fraction of traditional talk therapy pricing — but it’s not intended to completely supplant other mental health services.

“It’s an easier and more appropriate first step, especially for people who aren’t diagnosed with anything,” Crowder says. “There’s a big group of people who either don’t have the money or don’t have the time or other resources, or, quite frankly, don’t see themselves as having severe enough depression or anxiety to use something like therapy.”

With Prison, Crowder sings — or screams, in some cases — about mental health topics. Featuring songs such as “I Don’t Want to be Afraid Anymore,” “Mental Illness,” “Hurt” and “Losing My Mind,” the band has released a studio album, a live album and an EP, and it’s gearing up for its first tour since the pandemic made live shows impossible.

“It was devastating,” Crowder says of the shutdown. “I grew up touring, even before I was old enough to get into the venues we were playing. I didn’t realize how much of a cornerstone of my personality and identity it had become, until it was stripped from me.”

The loss of his creative outlet plunged Crowder into despair, but he did right by himself by going back into therapy. “I was not going to try to power through it on my own,” he says. “I was talking to my guitarist, and he was like, ‘You know what the weirdest part of being home all the time is?’ And I was like, ‘What?’ And he goes, ‘Nobody ever claps for you.’ Yes, it’s silly to frame it that way, but you get to used to that sense of community — hundreds of people in one room, all there for one purpose. And a new city every day.”

Financially, the pandemic was also nearly catastrophic for Crowder and Cope Notes.

“Our business slowed to almost a halt,” he says. “You would think that when that happened, everyone would focus on their mental health. But, in fact, everyone was focused on saving money.”

Several of the company’s large enterprise clients put their Cope Notes account on hold because of spending freezes. “Cope Notes got caught up in that initial panic,” Crowder recalls. “We very well could have gone out of business.”

But in a counterintuitive move, Crowder started offering free subscriptions to friends and family members of current Cope Notes subscribers.

“So many people found out about Cope Notes through that initiative that we started getting more paid subscribers,” he says, “and then our enterprise clients came back and brought their friends once they realized that behavioral health was something that they should be doubling down on instead of pulling back from.”

Crowder declines to disclose Cope Notes’ revenue but says sales can vary wildly because of the company’s deals with enterprise and government clients. “Their budgets are absolutely massive,” he says. “So, it’s not unreasonable for us to have one month that has more revenue than the entire year combined. I will say that our revenue has increased year-over-year, every year. The chart is moving up and to the right.”

With Prison back up and running and Cope Notes transitioned to a fully remote company, Crowder says he can run the firm while he’s on tour with the band — a “blessing,” he says. “I only have to turn on the ‘band version’ of myself after the venue doors open. I’ll work all day in the van or at the venue if we get there early. It’s not much of a stretch for me to work on tour.” 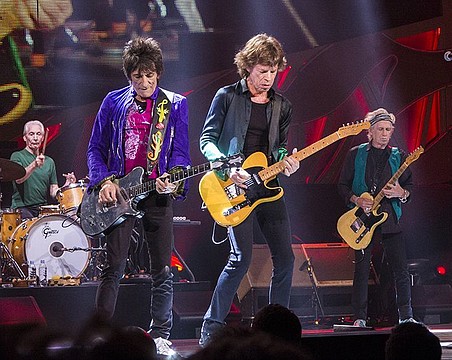 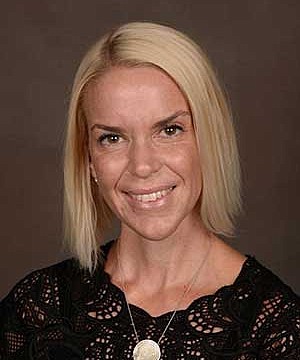 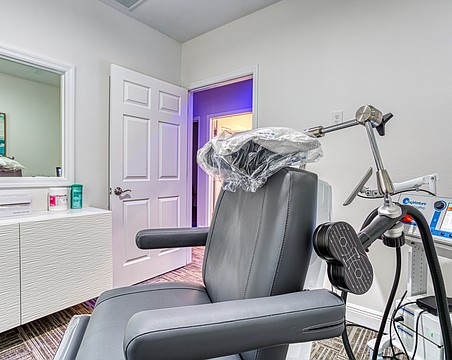 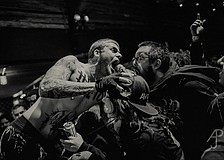 Music Man in the Boardroom 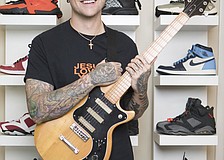 Life on the road 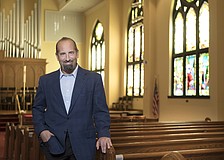 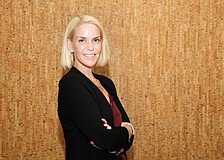 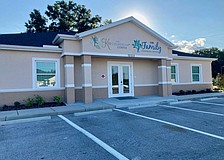