The path to creating a top place to work at one architecture firm starts long before an employee’s first day.

Editor’s Note: This is one in an occasional series called Culture Club: a behind-the-scenes look at company or organization in the region with top-tier culture and how they built it and sustain it.

The technical aspects of architecture, from designing and planning everything from an arch to a ziggurat, comes mostly naturally to Stu Henderson.

The not-so-natural part? Building a sustainable business where there’s a consistently engaging work culture, a place where the firm’s employees feel part of a winning team — not just cogs in a project-in, project-out machine. “Making this fun is a lot of hard work,” says Henderson, a partner at Lakewood Ranch-based Fawley Bryant Architecture.

The book “The Power of Moments: Why Certain Experiences Have Extraordinary Impact,” by brothers Chip and Dan Heath, has driven several key steps Fawley Bryant Architecture has taken to improve the company’s culture.

FBA Partner and COO Amanda Parrish says the book “teaches about intentionality and the power of being proactive versus reactive when it comes to experiences, conversations and defining moments for our team. This has shaped our approach to onboarding, reviews, team acknowledgement and even tough conversations. It reminds us, as leaders, that creating shared moments is a fundamental step to designing a shared purpose and team environment.”

That hard work is paying off: The 23-employee company, which works on projects from multisport stadiums to country club clubhouses and government offices, is carving out a reputation, both in the industry and the Sarasota-Bradenton region, as a best place to work.

That’s not merely anecdotal or award-based. There’s data, too. FBA’s retention rate increased from 58% to 78% from 2016 to 2021, while the turnover rate is down to 21% from 30% six years ago. The company also tracks its investment in culture. For example, in 2021 it spent $24,850 on lunch and learns, team events, community events and more. That allotment includes $2,500 in gift cards for staff and extra PTO/holiday hours for employees.

Henderson, along with FBA partner Steve Padgett have an ally to turn the firm into a go-to employer: Amanda Parrish, a principal at the firm and the COO. She took on the culture challenge in 2016, soon after she joined the company. Parrish came to FBA during a time of ownership transition; Rick Fawley, who founded the firm with Mike Bryant in 1995, died in 2015. Bryant stayed with the firm for several more years, eventually leading the way to new partners, including now Henderson and Padgett.

“Rick was a really charismatic leader, and he brought everybody together,” Parrish says, especially in celebrating big wins. But what the firm was missing, say Henderson and Parrish, was an easily identifiable culture.

Parrish, 35, started the culture initiative at an obvious spot: an employee’s first day. "The first day of a job is a big moment in someone’s life," Parrish says.

Communication with the employee actually starts before the first day. That includes a handwritten letter sent to the new employee’s home address, a quick note from Parrish and other leaders to say the firm looks forward to their first day. New employees, before their first day, also fill out a questionnaire, with queries like their spouse or partner's name; kids' and pets’ names, hobbies, T-shirt size, favorite Starbucks drink, favorite color and favorite quote. There are also more serious questions, such as what motivates them and what goals they have coming to FBA. “We want them to feel excited about working here,” Parrish says.

Then, on day one, the new employee is greeted with a bevy of welcoming stuff, including an FBA polo shirt, a T-shirt with the firm’s core values, a drink from Starbucks and more. The newbie also gets a seating chart and a sheet that says “Don’t get stuck,” with first-day tips like health care and other benefits. Each new employee is also given a bell — an inside joke. “It’s up to them to figure out what the bell means,” Parrish says. “It’s something silly, but it’s a way to engage with the team right off the bat.”

After an employee’s first day, Parrish created a strategy of constant engagement, where every. day has a theme: Marvelous Mondays, Terrific Tuesdays, Wonderful Wednesdays, Thankful Thursdays and Fabulous Fridays. On Thursdays, for example, Parrish walks around the office and asks people what they are thankful for. Although Parrish sometimes worries Thankful Thursday has too high a corny factor, the employees have embraced it, showing up both in company surveys and in one-on-one conversations Parrish has had with employees.

Fabulous Fridays? That’s the day, after work, to head to the "It’s Fine" lounge for happy hour, where the team, says Parrish, can have alcoholic or non-alcoholic beverages. The It’s Fine lounge is in a corner office with a bar cart, a couch, a glass table and some games, including a basketball hoop and indoor putting green.

One important question in the culture-building dynamic at FBA: How has it impacted the work-from-home trend? Parrish says part of the firm’s culture is to value flexibility, so the company has gone hybrid. Team members can work remotely Tuesdays and Thursdays and are in the office the other three days. In addition, in a nod to an FBA core value of “We’re all human,” the company allows employees to schedule work before or after doctors and other essential appointments.

A past chair of the Lakewood Ranch Business Alliance, Parrish says that taken together, her efforts to maintain a top culture at FBA go back to her dedication to a constant improvement process. “Sometimes people think a good culture is happy hours and the fun stuff,” Parish says. “But for me the fun part is when you create a strategy for a culture that really makes a difference. I just want Fawley Bryant to be a place where people love being here and love the people around them.”

Executives at Lakewood Ranch-based Fawley Bryant Architecture seek to have the firm’s core values embedded in the company culture — not something to learn the first day and then forget.

To that end, FBA employees hand out tickets throughout the year to an employee they see who exhibits a specific core value. The employee with the most tickets at the end of the year wins an all-expenses trip to Miami. Through July, 403 tickets had been handed out, an average of 57 a month. The company’s core values include: 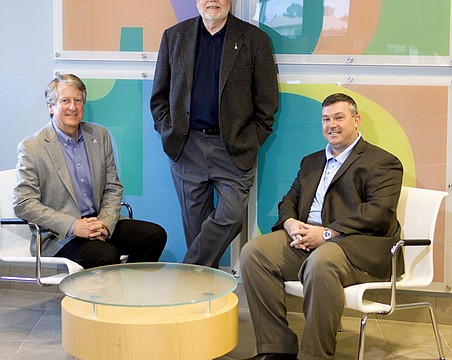 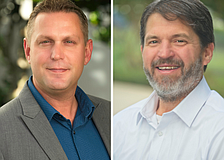 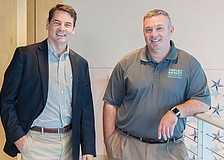 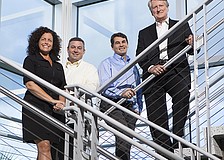