A tenants rights’ advocate argues that landlords have wrongly been granted the high ground in the debate.

Rent control policies and regulations, long the domain of big cities like New York and San Francisco, have made their way to Florida. The Orange County Commission, in Orlando, recently approved placing a rent control referendum on the November ballot. The measure includes putting a ban on rent increases that outpace inflation. Similar rent control referendums failed earlier this month to get on the November ballot in in St. Petersburg and Tampa. But rent control advocates vow to continue to push for rent control in the region and beyond. Leaders on both sides of the debate lay out their arguments here.

Rent control paves the way for housing as a human right

By William Kilgore, with the St. Petersburg Tenants Union

America prides itself on the values of freedom and democracy. Citizens are (ideally) free to assemble on public land and to criticize the government without fear of reprisal. However, when it comes to the economic realm of our society, the unalienable rights to life, liberty and the pursuit of happiness laid out in the Declaration of Independence are denied to the vast majority of us.

Within the purview of the private sector, a tiny minority of unaccountable actors — landlords, employers, investors — maintain dictatorial control over the land they own, the industries they oversee and the lives of the people they employ. History has shown that, left unchecked, this ruling class will do anything to maximize profits regardless of the negative consequences to human life and the earth which nurtures us.

Critics of rent control and other tenant protections argue that prosperity for landlords will ensure the well-being of their tenants, and that the competitive nature of a free market acts as a natural check on power — government intrusion into this flawless ecosystem is akin to a big, dumb dog in a china shop.

These critics use select studies to paint a dreary picture of rent control policy, bemoaning reductions in rental housing stock, deterioration of housing quality and landlords “forced” to raise rents. Ironically, these are the exact conditions tenants currently face in a state considered one of the best to do business in as a landlord. In Tampa Bay and all across Florida, the acute housing crisis isn’t the result of government overreach or over-taxation, it’s the result of a capitalist economic system operating exactly as intended, to enrich a few at the expense of many.

In the past decade, Tampa Bay and the state of Florida have experienced a general decline in rental vacancy, which is used by landlords to justify the unbridled rent gouging we’re currently seeing. The shortage of homes available to consumers is misrepresented as an overall shortage by industry stakeholders who profit off of gentrification and the onslaught of high-end development.

In reality, Tampa Bay has the third highest overall vacancy rate in the country at around 14%, with two other Florida metro areas, Orlando and Miami, taking the No. 1 and No. 2 spots, respectively. Speculative investment and vacation rental services like AirBnb are two likely culprits, and because we have an economic system which prioritizes property rights and the ability to profit off of housing as opposed to actually providing housing for everybody, hundreds of thousands of homes sit vacant or underutilized across the Sunshine State.

Corporations and large individual investors control the majority of the rental stock nationwide. Though some economically vulnerable landlords may exist, an analysis of the 2016 Survey of Consumer Finance reveals that 70% of landlord households rake in $90,000 or more annually – a large disparity compared to renter households, who have a median annual income of just $43,000.

While the corporations who dominate the rental industry love to use the plight of small landlords as a case against rent control and other tenant protections, shaping policy to prop up this tiny handful of investors at the expense of vulnerable renters is unsustainable and irresponsible. If certain policies that are vital to the health and safety of the majority of tenants threaten the existence of a small handful of landlords, then those landlords have no place being in business to begin with.

Here’s the truth about rent control: yes, it may cause some undesirable market effects. Yes, it may inhibit the ability of landlords to maximize their profits. But even the very studies cited by rent control critics actually demonstrate that the policy reduces displacement and assists vulnerable tenants. The benefits to keeping communities intact and providing stability to low-income households is something that cannot be measured by numbers on a stock ticker or on charts in a boardroom. It’s an issue of perspective, priority and social values.

Rent control is not an end in and of itself but a beginning of a shift away from housing as a vehicle for profit toward housing as a guaranteed human right. Working class tenants need policies like rent control so we can maintain a sense of stability, improve our living conditions and enhance our capability for democratic participation and mobilization. Just like all workers' struggles throughout history, the movement for housing justice will move boulders in our lifetime. Those who stand in the way only delay the inevitable.

Rent control is a sure-fire way to squash growth

By Sam Palmer, the executive vice president of asset management and development for Stoneweg US LLC, a real estate investment firm specializing in multifamily acquisitions and developments. Stoneweg US is currently developing two communities in St. Petersburg with significant workforce housing components.

With population growth skyrocketing in Florida, and inflation levels higher than they’ve been in years, affordable housing has become a tremendous challenge for renters and builders alike. And while rent control may seem like the answer, it’s not the solution.

Our company, Stoneweg US, develops multifamily communities with a hyper-focus on ensuring our developments have significant units allocated to workforce housing to fit the budgets of folks like police, firefighters, paramedics, teachers and hospitality workers.

Putting an artificial limit on rental rates would absolutely shut down developers’ ability to continue our efforts in this niche. While the desire to ease the burden of higher rents is understandable, rent control would only complicate the issue by reducing supply, which is already stretched too thin.

Simply put, a developer cannot get a reasonable financial return without being able to adjust rental rates to account for higher construction, supply and labor costs, along with operating expenses such as payroll, maintenance and repairs, insurance and contracted services — which are not artificially suppressed and are increasing at rapid rates.

If you couple the industry-wide rising costs with the higher demand by investors and residents for sustainable elements, innovation, and best-in-class amenities in apartments, freezing rents would only hinder the ability for continued progress. In short, new projects would never get off the ground.

Currently, there isn’t much government funding or financial incentives available for developers who focus on attainable housing. In fact, the Sadowski Housing Trust Fund — Florida’s only fund designed for this purpose — has been raided by state Legislature for various purposes for years.

However, there are a number of things local governments can do to fuel the one proven answer to this problem — creating more attainable housing units.

While financial incentives can be tough to fit into municipal budgets, governments can help housing developers by smoothing the path to approvals or finding other ways to save time in the approval process, which would save developers money.

Governments should consider taking vacant city or county parcels and turning them over to housing developers. With little or no land costs, developers can create projects at a cost that will allow them to charge lower rents. The city of St. Petersburg has had excellent success with this type of program.

Offering opportunities to abate real estate taxes for developers can be a tremendous tool to offset some of the rising market costs, in turn making rent reduction more viable and sustainable.

Helping with impact fees would be another way to incentivize developers. Lower costs on the front end of a project can equate to the ability to charge lower rents to a significant portion of the tenants in a community.

Beyond what can be done to encourage the construction of more housing, communities can also take a fresh look at their zoning regulations. Could more flexibility be created to allow for more garage apartments and duplexes in neighborhoods? Or could industrial buildings get rehabbed into housing that would work for people of a wide range of incomes?

We are seeing governments around the country take approaches like these. And on the local front, as local governments choose other options besides rent control to address this issue, there are promising signs that government leaders are taking meaningful actions to help renters.

Recently, both the Hillsborough County Commission and the Pinellas County Commission passed measures to require landlords to provide reasonable notice of rent increases, which will allow families time to make necessary adjustments in their daily lives.

There is no one magic answer to this issue, so collaboration is key to finding solutions that work for all invested. There’s no need for an “us vs. them” approach, with tenants and tenant advocates on one side and landlords, developers and builders on the other.

We will only make progress by trying to understand all sides of the issue and finding middle-ground solutions that can make a positive difference. 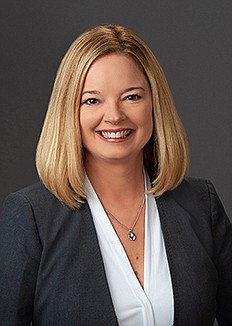 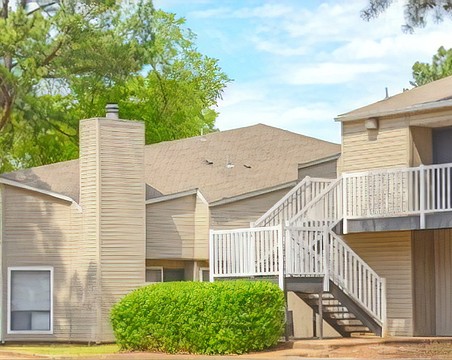 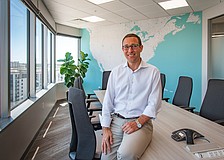 A Question of Risk

The Fallacy of Controlling Growth 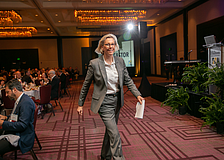 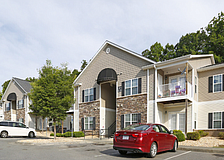 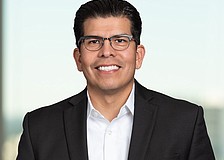 Stoneweg US kicks off 2021 with deals and key hire