Perseverance pays off for 25-year-old company

En-Vision America got its start with a father-son duo who set out to change the way impairments affected taking medicine. As most good stories do, it all started with a card game.

David Raistrick, 55, never expected a card game to change his life. But it did, and now he's at the helm of a multimillion-dollar business.

The card game stems from Raistrick's uncles, who were both were diagnosed with retinitis pigmentosa, which can affect a person's eyesight later in life. Raistrick, his father, Phil, and uncles played card games while he was growing up. Eventually, his uncles’ eyesights began to deteriorate. So much so they resorted to playing with large print card games and eventually used cards with braille. Being around that, Raistrick always sought ways to improve vision or ways to make life easier for those with impairments. “It got started through playing card games,” he says.

But even braille cards were hard for one of his uncles to use, which gave Raistrick an idea: to put barcodes on the cards. He created a system that would scan the barcode and relay that card’s information to the person holding it through a headphone.

When the idea first struck Raistrick, he wasn’t interested in turning it into a business as he was in the middle of his career. But an uncle was impressed and invited a few people who worked for the state of Illinois to his house for David and Phil to present the product.

The workers were impressed. They encouraged the father-son duo to commercialize the product by making it small, cheap and portable. So they hired a design firm and got to work on the first ever I.D. Mate.

Raistrick graduated from Southern Illinois University with an MBA before beginning his career with Advanced Technology Services in marketing and factory floor systems engineering projects management.

Following that, he worked for Martin Engineering in the marketing research department developing their new product analysis and sales analytics efforts. Eventually, he joined his father in founding the company behind the I.D. Mate invention, En-Vision America, which started in a basement in Illinois in 1996. In 2015, the pair moved to Florida.

“We knew we were going to have growth,” Raistrick says, which is why they chose to find a place that offered high quality of life. The company is in Palmetto, in north Manatee County. It brought 10 employees with them in 2015 and now the company has 28 — all of which they kept on during the pandemic.

Raistrick says the business has tripled sales over the past few years. He declines to provide revenue information other than the company has under $10 million in annual revenue.

The company has gone through several iterations and alterations over the past 25 years or so — with being able to spot technology trends and adapt to them a key component. Early on, I.D. Mate was a big hit, like in 1997, when the Raistricks presented the I.D. Mate at the National Federation of the Blind convention in New Orleans. “We were the belle of the ball,” Raistrick says.

Then, after a bit of digging, the Raistricks discovered their target customers were veterans. They dug deeper to figure out why.

Turns out some veterans were using the I.D. Mate as an aid to take their medicines. At the time, the I.D. Mate cost $1,700. “We were getting sales, but we thought we could come up with a better solution,” he says.

That’s when ScripTalk was invented. It’s an electronic label that pharmacies can put on the prescription. It can read off a customer’s name, the drug name and instructions for how to use it.

In 2003, the company presented the product to the U.S. Department of Veterans Affairs. Not long after, the VA adopted it nationwide. “ScripTalk was mandated as a requirement for every VA to offer,” Raistrick says. That contract has since been renewed every five years, and the product helps at least 20,000 veterans on a daily basis.

Lacking significant retail traction, the company soon changed gears again and turned the company’s focus toward pharmacies. In 2012, Walmart started using the label. It was the first large pharmacy to do so.

En-Vision America also became more inclusive with the product, coming out with different label styles like large print and braille labels. “Not everyone has the same level of vision impairment,” Raistrick says.

Over the past four to five years, the company has expanded those label types to include video formatting and dual-language labels. “People were desperate for labels in their own language,” Raistrick says, noting the dangers associated with not being able to read the instructions for taking a drug.

En-Vision America's talking labels are used by thousands of pharmacies worldwide, including many well-known national, regional and mail-in pharmacies. Just a few of the national brands include Walmart, Sam's Club, Costco, Winn-Dixie and Kaiser.

It took perseverance to get where the company is now, Raistrick says. If it would have given up every time they’d been told ‘no,’ En-Vision America, he says, wouldn’t be working with some of the largest pharmacies in the country. Now the company sells its labels primarily to pharmacies throughout the U.S. and Canada in government, hospital, HMO, retail chain and independent capacities.

The company is expanding in Latin America, with pharmacies using the labels in Puerto Rico and El Salvador, as well as with Australia and New Zealand.

Eventually, the I.D. Mate stopped being produced. Raistrick says mobile phones put an end to the product. “When we evolve, we evolve with technology,” he says, which is why the firm added an app to work with ScripTalk.

The company lost an important piece of the puzzle in 2019 when Phil Raistrick died. There have been some challenges David Raistrick's had to face in his father's absence. “Realizing the things that Phil did and the guidance he provided,” David says. “The adjustment was making decisions without him.”

One aspect that helps Raistrick is keeping his focus on the company's mission to continue providing life-changing products. Raistrick says, “We want to continue to give value to people and pharmacies."

This story has been updated to reflect the correct spelling of ScripTalk. 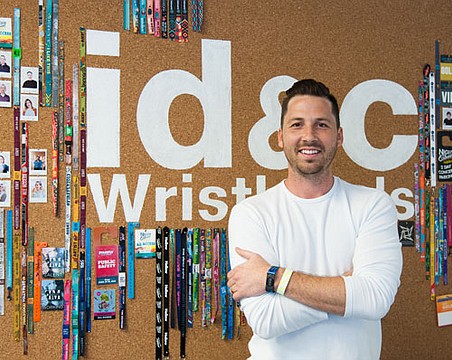 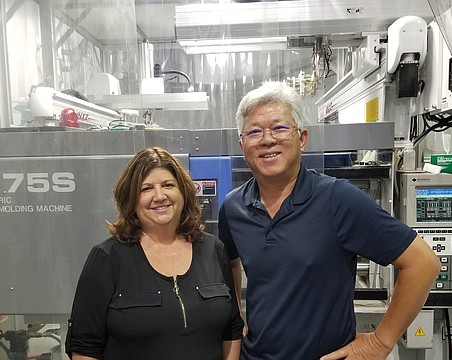 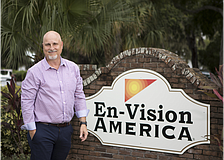 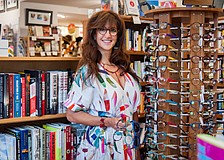 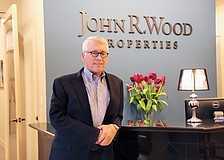 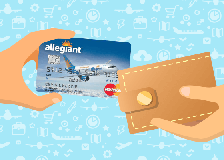