Miami-based real estate investor Westside Capital Group is looking to revamp Campo Felice, a residential tower on Fort Myers’ waterfront it bought after the building fell into disrepair when a previous owner defaulted on the loans.

The developer, though, is not saying too much about exactly what work is going to be done to turn the property around.

Westside, founded in 2016, bought Campo Felice for $55 million — $170,000 per door. The deal closed Sept. 7. The community is a 323-unit, 24-story building that, until Westside took over, catered to residents 55 and older. The developer, which says the building is about 50% occupied, is committed to changing the 55-and-over designation and opening the building up to “various demographics.”

Leasing to the general public will begin soon, Westside officials say, but the focus now is attending to current residents. When the new marketing begins, the property will be promoted as “a luxury high-rise focused on experiential living.”

In a Sept. 10 press release, Westside says it plans “to inject up to $5 million in capital investment, upgrades” into the property after financial issues caused by the pandemic. But when asked for details of what that work would entail, and what a refurbished Campo Felice could look like, spokeswoman Melinda Sherwood says the developer does not want to publicly disclose any details on renovations “at this time,” saying a press release with more details would be issued soon.

She did say the upgrades are “mostly items associated with deferred maintenance and distress relating to the foreclosure and simply lack of daily hands-on management and ownership with the right resources.”

Westside bought the property after it had fallen into default when previous owners were unable to pay $63.7 million in debt. Sherwood adds more detail, saying the building “suffered from financial distress, a dysfunctional business model and operational issues for several years, and that is now — happily — coming to an end.”

“The new owner intends transform Campo Felice into the highest quality residential building in all of Fort Myers.”

The building, on 3.24 acres, has a long history in Southwest Florida. It was originally built as a Sheraton hotel. Amtel Group of Florida opened the hotel in 1986 as part of a wave of hospitality development aimed at taking advantage of proposed casino gambling. The 417-room hotel fell into foreclosure seven years later, however, after legislation allowing gambling failed to pass. It closed permanently in 2008.

It opened as Campo Felice in 2017 after a successful renovation of the former hotel by developer The MacFarlane Group, which purchased it for $12.57 million in early 2015, according to Lee County property records.

In addition to its residences, the roughly $100 million project also contains amenities such as a 175-seat lecture hall, movie theater, multiple restaurants, a fitness center and swimming pool.Randy Thibaut, owner and founder of the real estate firm Land Solutions, says a reimagined Campo Felice will draw a younger, vibrant and diverse population to downtown Fort Myers. This is a population, he says, that will work and spend dollars in the city.

The vibrancy is not limited to the addition of Campo Felice. Thibaut points to the waterfront where there are apartment communities and new hotels.

You see all that going on, especially as you see how the market turned in the last 24, 36 months, and people are taking notice, saying, 'Hey, this is real,'" he says.

Before any transformation can begin, Westside already faces challenges, stemming from a published report that alleged it was mistreating current residents after the purchase and cutting off access to certain amenities, leaving elderly residents in dire straits. According to reports, residents, many on fixed incomes, alleged that after the purchase two restaurants in the building closed, motion cameras in units were turned off, as were pull cords for emergencies, and that shuttle service was eliminated.

Asked about the report, Sherwood says “cleaning, food and transportation services will still be available to residents who wish it, as a service they purchase separately.”

“Residents who are in need of services beyond that are most likely leaving the property,” she says, adding that the majority of residents are staying and not in need of additional services.

Thibaut has heard the reports of amenities being discontinued but says these are an owner's prerogative, especially when said owner is taking a project in an entirely new direction."They have a different vision, and when you do that you repurpose the project you purchased." 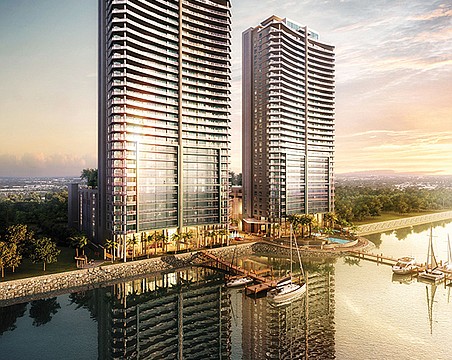 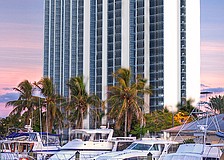 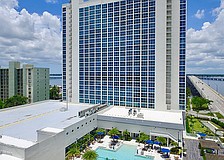 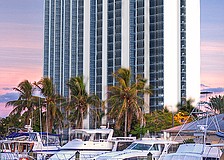 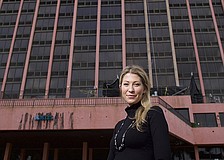