Project is valued at more than $5 million.

Project details: A longtime goal of building a welcome center at Lovers Key State Park on Fort Myers Beach was finally realized when the Florida officials allocated funding to get the project going. Sarasota-based Sweet Sparkman Architecture & Interiors, hired to design the structure, has an extensive track record of projects for public use that include pavilions at several Sarasota County beaches and local library builds and remodels.

Sweet Sparkman consulted with park staff and the Friends of Lovers Key citizen support organization about the needs for the structure, which included an exhibit and information area to tell visitors about the park’s animal and plant life and a multipurpose space for educational programming and special events. “The building had some basic functional requirements, but we also knew it had to be something special,” says John Bryant, principal at Sweet Sparkman.

“This dream for literally the better part of 15 years is now a reality,” says Mark Generales, a board member of the Friends of Lovers Key. “Lovers Key really stands out along the coastline as one of the very few non-developed areas, and its contributions to clean water and habitat is huge. The building itself stands out and helps people see that, learn it, become invested, get engaged, and assist all of us in making sure that our area remains a very, very special place.”

Cool factor: When designing the structure, Sweet Sparkman drew inspiration from the park itself. “It’s a beautiful site, and it has a number of different coastal ecosystems,” says Bryant. “One of the things we got really inspired by were a lot of the beautiful mangroves around the site.”

The building needed to be elevated because of flood zone requirements, but instead of plain-old columns Sweet Sparkman created supports inspired by the mangroves found right outside. “We really wanted to find a creative, interesting way to elevate the building,” says Bryant. “The whole building is supported on these little pods of either two or three columns that extend from a curvy base that people can sit on and kids can kind of climb on and jump between.”

A winding ramp provides access to the building in both an accessible and engaging way. “It’s about making that experience of getting up to the main level of the building an interesting and exciting part about the space, and not just putting a ramp hidden off to one side,” says Bryant.

Once visitors arrive at the top, they find the appealing exhibit and multipurpose spaces as well as a covered deck shaded by a large roof overhang clad in cypress wood. “It gives you a different vantage point to the landscape,” says Bryant. “Soon after we finished, the park rangers put a lot of rocking chairs out there, and it’s just a beautiful place to feel like you’re sitting up in a treehouse in a rocking chair looking out.”

“The building is absolutely beautiful the way that it blends into the environment and looks like it grew out of the ground, like it’s supposed to be there,” says Matthew Zwack, president of Owen-Ames-Kimball Florida, the construction firm that built the new welcome center.

Challenges: The building’s unique design required some challenging construction techniques. An 18-inch-thick elevated concrete slab — basically the foundation for the whole building — had to be poured in one continuous pour.

“We wanted to do it to end up with the best product, which we did,” says Zwack. “That meant the entire thing had to be formed and shored and braced and made sure that the bottom of it looked good as well, because it was an exposed product.”

The ramp was done in much the same way. “That ramp was like a spring; it coiled over the top of itself,” says Zwack. “All the shoring and bracing required for that to be poured in one pour was pretty challenging, but it all turned out really well.”

The cypress-clad roof also proved no easy feat. Because of the shape of the building, uniformity was not an option. “On the outer perimeter of the roof, nothing’s straight; every single piece is its own unique angle and unique length,” says Zwack. “The carpenters just did a fantastic job installing that cypress plank ceiling. So much so that I even called the president of their company [Viking Construction] and gave the guys accolades. I was very impressed.”

Watching the budget while creating all these cool design features was vital. It required prioritizing the most important design elements — like those mangrove-inspired precast columns — and finding less expensive ways to do the parts of the building less critical to its overall design. “Buildings that are unique often cost more money,” says Bryant. “Luckily the group from the state and the Friends of Lovers Key loved the design and were committed to figuring out a way to make that happen. But it took diligence and persistence.” 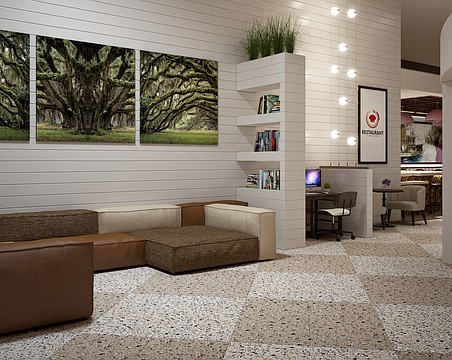 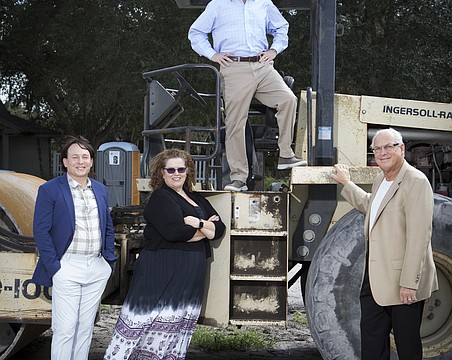 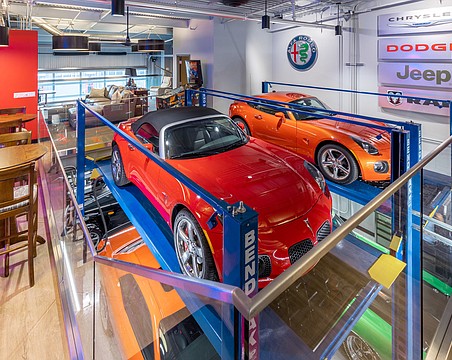 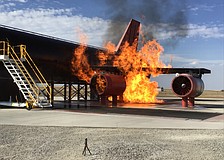 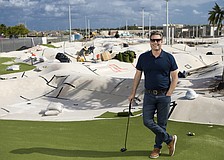 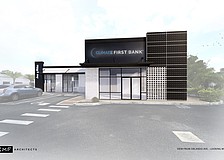 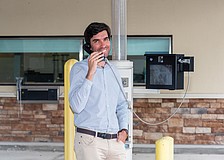 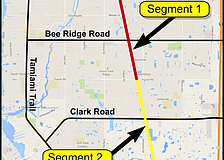