Championships aren't just about trophies, they're a chance to make money

Sports is big business and when you win, like Tampa Bay's teams have, it's even bigger. Companies big and small in the region have found different ways to capitalize on the success.

The morning after the Tampa Bay Buccaneers won Super Bowl LV, large numbers of people started coming to a small shop on Kennedy Boulevard in Tampa.

Some wore Tom Brady jerseys, some wore the creamsicle of the bad-old-days.

They were all there for a single reason: to get their hands on any T-shirts, hats, pennants, keychains, bumper stickers or tchotchkes they could find proclaiming the local team champions of the world.

But the confetti hadn’t been fully swept up at Raymond James Stadium yet and a lot of residents of Tampa Bay were just beginning to recover from a long night of celebrating.

And the merchandise hadn’t arrived yet.

“We had to keep telling people it was on the way,” says Angel Hodnett, manager of the South Tampa shop, Heads & Tails. “We did a good job preparing” but the game had ended less than 10 hours earlier and the manufactures were rushing.

Sports in North American generated more than $71 billion in revenue in 2018 and that's expected grow to $83 billion by 2023, according to research firm Statista.

Beyond player salaries, ticket sales, team valuations and all the other deals you read about in the sports pages, a big beneficiary of those dollars is local businesses. Whether it’s a sports bar filling up on game day or a local company advertising at one of the stadiums or a shop selling team gear, the ability to make money from sports and teams goes deep.

'I watch the games with a lot more attention than I ever have before. I want to see the teams win, obviously, but now I see a monetary outcome.' Stephen Sherman, Heads & Tails

And when you win, like multiple Tampa Bay’s professional sports franchises did last season, it’s even better.

The owners of Heads and Tails saw that firsthand.

Stephen Sherman, who bought the 28-year-old shop with his business partner Adam Snyder in July, says the local franchises winning has made running the store much easier. Customers have been flocking for months to get Buccaneer, Tampa Bay Lightning and Tampa Rays merchandise — and that was a valuable lesson ahead of the Super Bowl.

Sherman says they prepared for a Buccaneers win by making sure they had orders in the pipeline and ready to go once the game was over. They anticipated the intense demand that was going to come if the team won because they’d already seen it.

He says while demand was heavy all season, as the teams went deeper into the playoffs, that demand grew.

It got to a point, Hodnett, the manager, says a customer asked her one day if he could buy the Buccaneers T-shirt she was wearing.

The success of the local sports teams has done more for the first-time retailers who own Heads and Tails than boost the bottom line — as important as that is. It’s also provided invaluable experience.

“We learned a lot,” Sherman says, “Our biggest lessons were really based around the loyalties to the different teams. Think of the sheer amount of people that go to games…we’re learning those loyalties, we’re learning how to project.”

As for what fans look for when they come in, “You name it, they want it.”

Michelle Gacio Harrolle, director of the Vinik Sport & Entertainment Management program at the University of South Florida’s Muma College of Business, says sports and teams, especially successful teams, can boost a community like little else can.

Issue. Winning teams can provide a boost for businesses

Key. Remaining nimble to capitalize on opportunities from winning teams is essential

For example, she says Tampa Bay has among the best hospitals in the country, but they get a sliver of the attention the Buccaneer, Rays or Lightning get from winning championships.

The benefits of that attention are both tangible and intangible, offering businesses opportunities to capitalize on the reflective glory that comes with the big wins or with hosting huge sporting events like the Super Bowl.

The idea, she says, is that if the Lightning win the Stanley Cup and the Rays play in the World Series people elsewhere will associate Tampa Bay, and its businesses and residents, with success. “People will partner with successful organizations because they want to be successful themselves.”

And when teams win on the field, it just isn’t big corporations that can spend millions on sponsorships or restaurants built near stadiums or stores that sell team merchandise that can benefit.

Harrolle says a smaller business can do something as simple allowing employees to wear team apparel on game day or put up a sign in a window to send a message to existing and potential customers that it is a part of the community. “I just think it’s important for people to recognize that while economic impact is important,” Harrolle says, “the sense of community that comes along with sports is unparalleled.”

Beyond local businesses, there's plenty of national corporations that attach their names to teams or events that can capitalize on an area's success.

Bridgestone, for example, has been the title sponsor of the Grand Prix race in St. Petersburg for the past eight years through its Firestone brand and will continue for at least two more years. Lisa Boggs, director of motorsports for Bridgestone Americas, says sponsorships are part of the company’s DNA dating back to the first Indianapolis 500 race more than 100 years ago.

In addition to the St. Petersburg race, the company is an Olympic and Paralympic sponsor as well as the “official tire” of the NFL, NHL and PGA Tour.

Boggs says Bridgestone sees sponsorships as an investment that help build the brand and show a commitment to the communities were events are held. Pragmatically, she also recognizes that those sponsorships have an end game: to boost sales.

Boggs says there are about 165 Firestone company-owned and authorized dealer locations with 100 miles of St. Petersburg. The company uses the Grand Prix sponsorship “as a business builder” and to showcase new offerings. At this year’s race, for example, the company highlighted Firestone Direct, a mobile service that allows customers to schedule services online and have the work done at their home or office, which just launched in the Tampa Bay market.

“Knowing the power that sports have to excite, inspire and unite people across a variety of backgrounds, we see our sports partnerships as valuable engagement opportunities that can strengthen relationships between consumers and our brands,” Boggs says. “Our consumers are passionate and engaged in sports, and we know there are key attributes of our brands that sports fans understand and appreciate — like performance, innovation and dependability.”

Big nationally televised events like the Grand Prix not only drive traffic to local businesses, they also help catapult the area as a destination.

Those who produce economic impact studies like to tout the shots of a city coming and going out of commercials as way to promote Tampa Bay to potential tourists. While shots of the beach may convince a few viewers to come, it’s difficult to gauge whether it actually drives tourism in a significant way.

What is tangible is the ability to showcase an area’s ability to pull off huge events, like Tampa did hosting Super Bowl LV and Wrestlemania 37, says Rob Higgins, executive director of the Tampa Bay Sport Commission. Higgins says because Tampa was the first city to host both events in the same year and because it was able to pull them off during a global pandemic, it has sent a strong message to the people who put on sporting events.

‘I just think it’s important for people to recognize that while economic impact is important, the sense of community that comes along with sports is unparalleled.’ Michelle Gacio Harrolle, Vinik Sport & Entertainment Management program, USF

Since the Super Bowl and Wrestlemania earlier this year, event organizers nationwide have shown interest in coming here. He says the commission can’t disclose what those events are because negotiations are being finalized.

Higgins did, however, point to WWE ThunderDome coming to Tampa as a precursor to WrestleMania 37 for an example of how an area’s reputation can help attract events.

ThunderDome is a secure bubble where the wrestling organizer holds its Monday Night Raw and Smackdown events virtually, and includes drone cameras, pyrotechnics and massive video board with images of fans watching.

It moved in December from Orlando to Tropicana Field in downtown St. Pete and is now being held at the Yuengling Center at USF.

While business and sports are intricately tied together, and a local team’s success can help raise not only the spirit of a community but the economy of where it plays, what really matters is how the team plays. Fans like champions, they like parades on the river and they like to see their team hoisting trophies.

And that’s the priority.

“I watch the games with a lot more attention than I ever have before,” he says. “I want to see the teams win, obviously, but now I see a monetary outcome.” 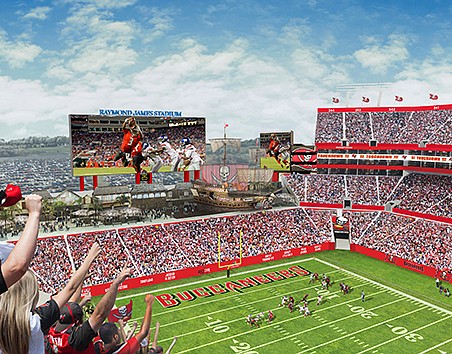 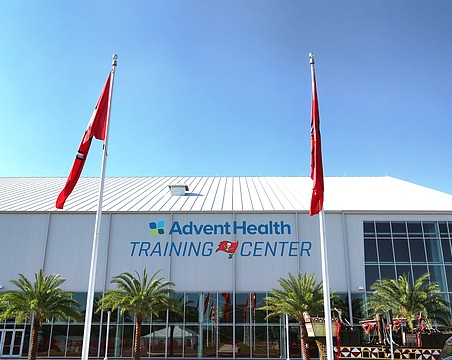 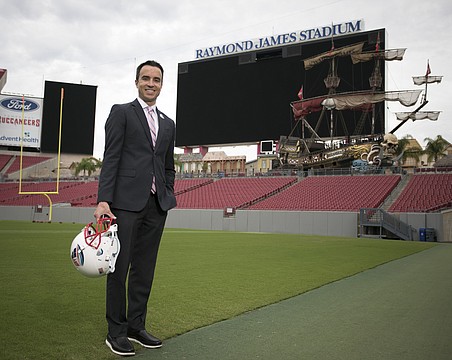 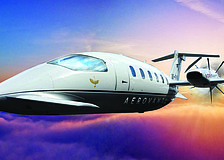 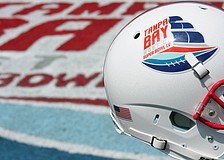 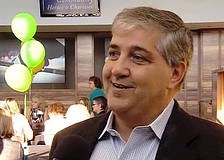 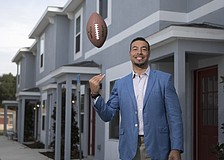 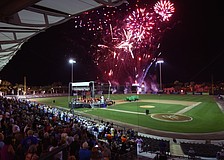