Recently promoted to a firmwide management role, Jennie Compton doesn’t plan to give up what got her to the top: relentless preparation and a never-back-down attitude.

Sarasota attorney Jennie Compton, watching a mentor work the courtroom one day some 20 years ago, learned an essential life and work lesson: Be fearless.

Compton’s undaunted approach in the courtroom and at the negotiating table has since become something of a career hallmark. It’s helped her rise in prominence at both her firm, Shumaker, and as one of the region’s go-to employment and labor lawyers, representing scores of prominent companies and executives. “You have to be fearless in litigation. You have to believe what you’re arguing, and you have to argue what you believe,” says Compton, 47. “Even if it’s big, hairy and scary, you have to own it. You have to just do it.”

At Shumaker, Compton was recently named vice chair of the management committee, where she will work alongside chairman Tom Dillon to oversee the firm’s goals, finances, strategy and culture. The position comes two years after Compton was initially elected to Shumaker’s management committee, composed of eight partners and the firm’s COO and CFO. The firm has some 270 lawyers and advisers, and in addition to Sarasota has offices in Tampa; Toledo and Columbus, Ohio; Charleston, S.C.; Charlotte, N.C.; and Bloomfield Hills, Mich. Compton was named managing partner of the Sarasota office in 2019.

Sarasota attorney Jennie Compton is a voracious reader, from law journals to leadership books to “trash.” A sampling of some of her favorites, past and present, include:

• "Dare to Lead" by Brene Brown: “It really resonated with me about needing to find the courage to be courageous,” Compton says. “It is easy to lead when everyone is in agreement, and the path forward is clear. It is much harder — and requires courage — when there is a lack of consensus and uncertainty about which path is correct.”

• "The Confidence Code" by Katty Kay and Claire Shipman: A theme of the book is to defeat imposter syndrome — the idea success is connected to anything but you. “Instead of attributing where I am in my career to luck or something passive,” she says, “it shows it’s OK to accept praise for working hard and always trying to be the most prepared.”

• "To Kill a Mockingbird" by Harper Lee: “Have you ever seen a cooler portrayal of a lawyer in your life?” Compton asks. “For years I planned to name my kid Scout.”

Praise and admiration for Compton comes not only from clients but also from attorneys who have worked alongside her and Sarasota community leaders who have served on boards with her. In multiple interviews, two themes emerge: One, Compton is especially good at explaining legal jargon and case law in a noncondescending way that helps clients make an informed decision. And second, clients and colleagues say, she is hyper-focused, has a competitive edge and has an unmatched attention to detail.

“She’s very good at reading situations and then articulating strategies that are true and helpful,” says Cathy Layton, who sits on the Bay Park Conservancy board in Sarasota with Compton. “She’s direct, no fluff. She says what’s on her mind. And no one will ever accuse Jennie of being lackluster or not all in. When she gets involved in something, she brings it all to the table.”

Mark Hanley, a mediator with Bradley Arant Boult Cummings in Tampa who has worked cases with Compton and Shumaker, doubles Layton point, only more bluntly: “Jennie explains and articulates very complicated concepts very well — and without being a total jerk.”

A nationwide lecturer on employment law, Hanley says he always smiles when he sees Compton coming down the hallway for a mediation case. Even more telling about Compton’s leadership at Shumaker, Hanley says, is how well she’s trained and groomed one of her colleagues, Jason Collier. “She’s a huge asset to that firm,” Hanley says.

Her Shumaker peers obviously agree, elevating her to a position, vice chair, Compton says is something more you are drafted into than something you aspire for. Although the focus is on big-picture strategy, being part of a group that leads a far-flung law firm with many hard-charging, accomplished, Type A attorneys requires a deft touch. “If you’re asking for the job, you’re probably not the right fit for it,” Compton says. “It’s really a second full-time job.”

Shumaker real estate attorney and partner Jan Pitchford — who interviewed Compton when she joined Shumaker in 2000 — believes the firm will be well-served with Compton in a leadership role. Pitchford says Compton is a natural leader and a natural at building relationships, skills that will be handy in the vice chair role.

Some of the things Compton will look at as vice chair include myriad strategic decisions, ranging from compensation packages to whether the firm should go into cannabis law. She also wants to see the firm target growth in a more intentional way, not just being opportunistic by following clients. One example: Compton says she would love to add a health care attorney for the Sarasota office.

While not part of a strategic plan, Compton is proud of how quickly and well the firm adapted to the pandemic. It started holding management committee meetings every other day, for example, not just every week. The firm also decided early on to purchase 100 new laptops for attorneys shifting to 100% work from home. Compton and the other leaders learned some pandemic lessons, too. “We want to be more proactive not reactive in the future,” she says.

Another factor Compton takes pride in with her new role: She’s the first woman to hold the firm’s vice chair position. Although she thinks Shumaker has done better at diversity in recent years, the industry remains a laggard. “On diversity, as an industry we suck,” Compton says. “Lawyers absolutely suck at this.”

A graduate of Cardinal Mooney High School in Sarasota, Compton knew she wanted to be an attorney at a young age — so much so that she looked forward to getting her driver’s license when she turned 16 primarily because then she could drive to a job at a law office. She got a job at Dickinson & Gibbons, where she made copies and fetched coffee. “I started to learn all the crazy words we use in the law,” she says, “and that really helped me later in my career.”

Some lawyers Compton worked for, knowing she wanted to be an attorney, suggested she major in English, which she did at the University of Florida. Her favorite UF class? Argumentative writing. She then went to the Cumberland School of Law at Samford University in Birmingham, Ala.

One of her first gigs after law school was at a Boston firm, working on class action cases. She moved there with her husband, John, also an attorney and now a shareholder with Norton Hammersley. The couple met at Cardinal Mooney, will be married 25 years in June and have a teenage son. But Boston wasn’t a fit. “It was a lot of paper and no action,” she says. “I hated that.”

‘I love being an attorney. This is what I was born to do.’ Jennie Compton, Shumaker

Returning to Sarasota in 2000, she soon got a job at Abel Band, one of the premier firms in town. That firm became Shumaker, Loop & Kendrick in 2009. She initially worked under securities attorney Michael Taaffe, where, she says, she learned a valuable lesson applicable today: Never skimp on preparation.

In 2004, a client came into the firm seeking help in a sexual harassment case. Compton took the case and won it for the client, and her passion was born. She soon started a labor and employment practice at the firm, taking seminars and classes after her other work to learn the field. “She took the initiative and built that practice from nothing,” Pitchford says. “That’s really impressive.”

Although Compton now represents primarily businesses and other entities — not plaintiffs — the work, she discovered, was interesting, and, importantly, the results were tangible. Compton doesn’t want to be a transactional attorney, saying the relationships she’s built with clients is her favorite part of the job. “I love being an attorney,” she says. “This is what I was born to do.”

While many clients would agree, some in Compton’s inner circle might add she was born to be a civic leader. She’s currently a board member and secretary of the Bay Park Conservancy, a group overseeing development of 54 acres of city-owned land on the Sarasota bayfront. She’s also a longtime supporter and past board member of Girls Inc., a nonprofit that empowers and inspires girls and young women.

Fellow previous Girls Inc. board member Susan Jones describes Compton in some ways as a victim of her own success. Jones, who calls Compton both a good friend and someone she greatly admires, recalls Compton had trouble leaving the Girls Inc board: Every time Compton was going to exit the board, a donor wrote a check with the condition she stay. “Most people serve on boards for two or three years,” Jones says. “She was on the board for eight years.”

In an August 2015 Business Observer story about how to be a better negotiator, Sarasota attorney Jennie Compton offered several tips. The list includes:

• Be imaginative: Even in a strict financial dispute, there can be other resolutions. “If you are open to a creative solution, you can avoid hitting a brick wall.”

• Know your audience: Information is integral to improve a negotiating position.

• Give to get: Let the other side feel victorious. That helps in the execution of the negotiated agreement. It also helps when doing future negotiations, in credibility.

• Have patience: Do more listening than talking, allow the other side to speak first, and keep an open mind.

• Mystery moment: Never let the other side know what you are thinking — no matter what happens in a negotiation. “I try not to react,” Compton says. “I never let on that I don't like something.”

And much like her law career, Compton isn’t a passive board member. With the Bay, for example, fellow board member Layton says Compton has done stellar work navigating the various groups with a stake in the future of the site, from the city to businesses to residents. Compton, Layton adds, also has a knack for motivating others around her to be fearless and grow as attorneys, board members and humans. “She’s an advocate of people she cares about to be better people,” Layton says.

Tervis CEO Rogan Donelly first met Compton when she handled a trade secrets case for the company, but he’s seen that side of her, too. One big way: Compton encouraged Donelly to join the board of the then new Gulfisde Bank in Sarasota in 2018. Compton, whose dad, Steve Kunk, was a career banker who founded Enterprise National Bank in Sarasota in 1988, is vice chair of Gulfside. Gulfisde now has $183.4 million in assets. “She was instrumental in making the board look attractive,” Donelly says.

Donelly also appreciates Compton’s sense of humor, approachability and how relatable she is — facets of her personality others recognize. “She’s one of those people who becomes like a friend the instant you meet her,” he says. “I’m glad she’s in our community.” 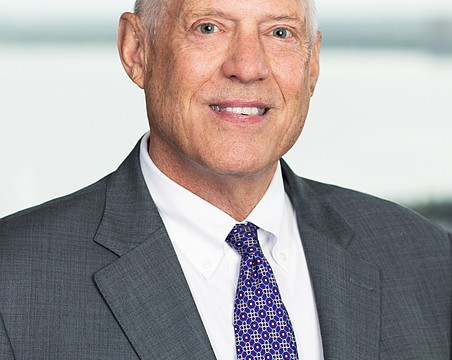 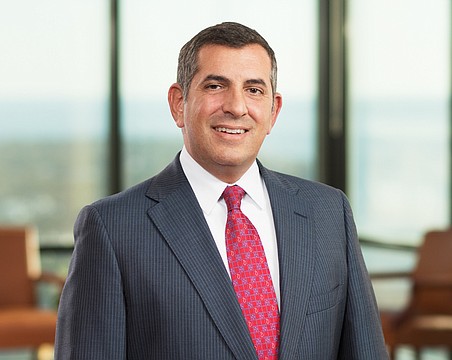 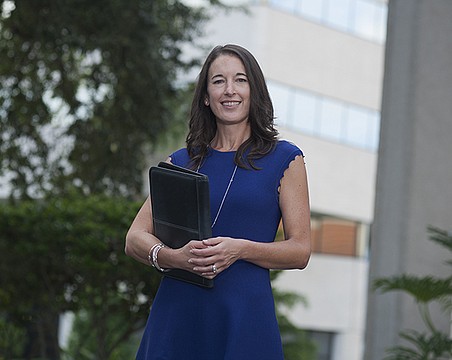 How to ... Be a better negotiator 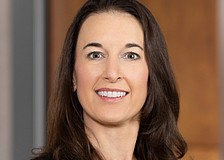 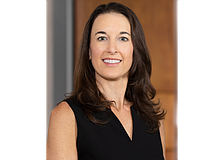 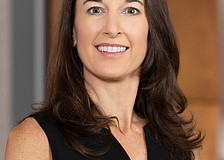 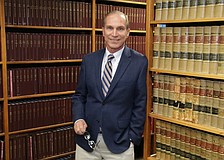 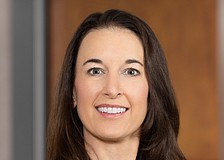