Seizure leads to at least 30 job cuts at Premier Manufacturing.

U.S. Marshals, on behalf of the U.S. Food and Drug Administration, seized more than $1.47 million in supplements and ingredients last month made by Premier Manufacturing Products, a Cape Coral company that produces and sells dietary supplements.

The seizure, according to a letter sent by Premier officials to the state of Florida, left the company unable to “continue to manufacture and distribute with our current business model.”

In three letters dated May 19 announcing 30 layoffs, the first of four phases of job cuts, Premier states that “the legal challenge is estimated to take well over a year if we were to succeed.”

“Our legal team has advised us that our company cannot continue to sell these seized products or newly purchased similar products without serious legal consequences,” writes Kelly Marra, human resources manager at Premier, in the letter. Information wasn't available on how many total employees the company has.

The letter, a required note under the Worker Adjustment and Retraining Notification ACT, which requires employers to provide notice 60 days in advance of plant closings and mass layoffs, listed Marra and Premier COO Christopher Mitchell as contacts for the state. Neither Marra or Mitchell responded to multiple calls, texts or emails for comments on this story. Emails to Marra were returned because, according to an error message, the “address was not found.”

Premier, in the letter, says it will attempt to continue operating its manufacturing facilities by finding new contracts or business. But how realistic that plan is isn't known, so employees “should not count on being recalled.”

The seizure, according to FDA officials, was of products containing a substance called kratom that Premier was using in its supplements. The products were being manufactured by a Premier subsidiary, Atofil LLC, which was producing them for the company’s sales and marketing division, MT Brands LLC.

The dietary supplements were marketed through several companies under a number of brand names, including Boosted Kratom, The Devil’s Kratom, Bio Botanical and El Diabolo.

FDA investigators found the products while visiting the Atofil facilities in Fort Myers and Cape Coral between Feb. 1 and March 10, according to the complaint for forfeiture filed May 7 by the assistant U.S. attorney in Fort Myers. The complaint was filed in the U.S. District Court for the Middle District of Florida.

Investigators, according to the complaint, found large quantities of finished kratom powders, capsules labeled as herbal supplements and bulk powder labeled kratom. In all, U.S. Marshals seized more than 207,000 units of dietary supplements and ingredients that contain kratom. That includes over 34,000 kilograms of bulk kratom.

Kratom is grown in Thailand, Malaysia, Indonesia and Papua New Guinea and concerns have been raised about its effect on multiple organ systems. “Consumption of kratom can lead to a number of health impacts, including respiratory depression, vomiting, nervousness, weight loss and constipation,” the complaint says. “Kratom consumption has been linked to neurologic, analgesic and sedative effect, addiction and hepatic toxicity.”

The FDA adds that kratom has been “indicated to have both narcotic and stimulant-like effects, and withdrawal symptoms may include hostility, aggression, excessive tearing, aching of muscles and bones and jerky limb movements.”

That Premier was selling products containing kratom was no secret, though.

The company’s About Us page on its website states that it has “taken up a position of leadership in developing the American market for kratom and similar supplements.” This is despite there currently not being any FDA-approved uses for kratom.

An FDA spokesperson, in an email to the Business Observer, says legal action was taken, in part, because “kratom is a new dietary ingredient for which there is inadequate information to provide reasonable assurance that it does not present a significant or unreasonable risk of illness or injury.”

This means that dietary supplements and bulk dietary ingredients “that are or contain kratom are adulterated under the Federal Food, Drug, and Cosmetic Act.”

In a statement, the FDA’s associate commissioner for regulatory affairs, Judy McMeekin, says the agency “will continue to exercise our full authority under the law to take action against these adulterated dietary supplements.”

What further legal actions may be taken against Premier is unclear. The spokesperson wrote that the “FDA generally does not discuss ongoing litigation or other potential enforcement matters.”

Premier’s troubles aren’t just restricted to dealings with the FDA and Justice Dept.

In the WARN letter notifying the state about the layoffs, it was disclosed that on May 14, seven days after the seizure, company officials were notified by its accountants that a mistake had been made on its 2020 federal tax form. The company owed an additional $1.3 million to the government by May 17. It isn't known if Premier was able to meet the deadline or negotiated for more time. 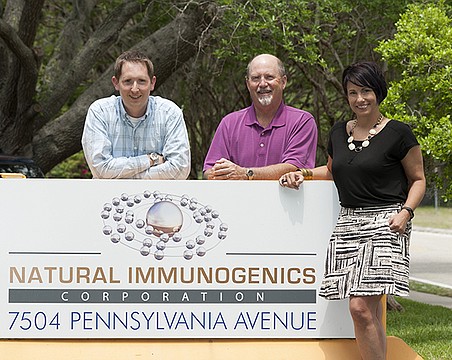 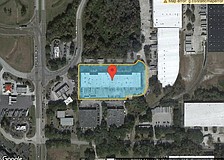 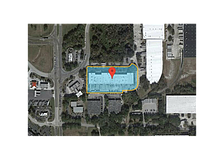