Grocers look for an edge as competition gets even tighter

To stay competitive in a brutal market, grocers need to find ways to differentiate themselves. A cheaper can of beans no longer cuts it.

While officials celebrate the opening, and as curious shoppers check out the new digs, chances are pretty high a delivery truck owned by The Kroger Co. will drive by on Dale Mabry Hwy.

Such is the state of the grocery market in Tampa Bay, where old favorites are expanding and growing while new entries try to break in.

As we exit pandemic-fueled shutdowns, when many shoppers turned online to order groceries, there are now signs the red-hot grocery market in the area is heating up again. The best sign that people’s shopping habits haven’t permanently changed? Crowded parking lots and packed aisles filled with folks happy to be out of the house.

The numbers bear out the anecdotal evidence. According to report from Placer.ai, a California company that monitors foot traffic for companies, foot traffic nationwide in April compared to April 2020 was up 27.4% at Publix Super Markets; 63.2% at Whole Foods; 16.9% at Aldi; 10% at Walmart Neighborhood Markets; and 82% at Trader Joe’s.

In some cases, the foot traffic has turned into significant sales growth. The giant of the market, Lakeland-based Publix, for example, posted $44.9 billion in sales in its 2020 fiscal year, up 17.7% from 2019. The company, which isn't publicly-traded but releases annual and quarterly sales data, cites the impact of the pandemic as the main source of the boost.

On paper, and in the aisles, this looks good for grocers. But the grocery store industry is notoriously difficult. Everyone, from the chain with one store in the area to the chain with 100 stores, faces fierce competition and razor thin margins.

In one section of Tampa alone, between Kennedy and Gandy Boulevards, a distance of about four miles, there are 11 grocery stores. Of those 11, five are Publix Markets.

And that stretch isn’t alone. Drive through almost every city or county in Florida and you’re likely to find a similar pocket.

Issue. Post pandemic, customers are coming back, but they've gotten a taste of online grocery shopping.

Key: To stay competitive, grocers need to find ways to differentiate themselves, giving shoppers a reason to come to stores.

While the number of people going to stores grows, analysts warn grocers to be aware just because shoppers are out, it doesn’t mean there hasn’t been a change to how consumers get their groceries.

Erin Lash, director for consumer equity research for Morningstar, says the expectation was that consumers would return to stores and restaurants once vaccines were more widespread. While that’s proven true, she says, there has been a change: people who went online to shop liked it. They stayed.

“There is still lasting impact from the pandemic,” Lash says. “By that, I mean consumers trialed e-commerce options to a much greater extent and aren’t willing (to) give that up entirely.”

Grocers who have done well digitally likely didn’t change much between 2019 and 2020 when the pandemic hit. What happened was that the customers’ needs changed because they were locked in their homes and relying on delivery for the first time.

Basically, the services existed but people used it for the first time.

Now, moving into a post pandemic world, it will likely be the grocers that can provide a cost-effective way to get the most basic staples — canned goods for example — to customers that will do better in the online space.

So, grocers that can find ways to keep costs down and deliver a better price to consumers could win the online grocery war. But to get that done may mean changing the model, with grocers shipping from warehouses rather than stores and, in the process, making stores smaller.

Chris Jones, a professor of economics at the USF and president and CEO of Florida Economic Advisors, says traditional grocers must find a way to differentiate at brick-and-mortar locations to give customers a value that makes it worthwhile to visit that store.

In Publix’s case, he says, that’s the deli. Chains like Whole Foods, Trader Joe’s and Fresh Market all have something that differentiates them. Even no-frills, discount grocer Aldi gives shoppers something they can’t find anywhere else.

The reason this is so important is because the staples, mostly non-perishables, are items that can be bought most anywhere. A shopper who is looking for a can of beans has dozens of choices online and in the real world.

What you want, Jones says, is to bring the customer in for the deli and then you have a chance of selling them that can of beans.

Something else that separates Publix, particularly in Florida, is its footprint (the chain has 12 stores with seven miles of Tampa International Airport, to cite example. It has roughly one store every two miles in Lakewood Ranch, a fast-growing master-planned community in Sarasota and Manatee counties, to cite another example.)

The decision to open a store boils down to population density and the amount of money in an area. That’s true for most brick-and-mortar retail ventures, of course.

“In food service, niche is life or death. You need to specialize in something that you do better than anybody else. If you try to be a master at everything, you’re going to be successful at nothing." R. Christopher Jones, a professor of economics at the University of South Florida.

But for grocery stores, especially those like Publix that reach a more general market, there is the added concern that if there aren’t enough stores, the existing ones can get too crowded. When that happens, a grocer can begin to lose customers because it becomes a hassle for shoppers.

There is an incentive, then, to open a new store if there are a certain number of customers with a certain amount of income.

“In food service, niche is life or death,” Jones says. “You need to specialize in something that you do better than anybody else. If you try to be a master at everything, you’re going to be successful at nothing.”

In Tampa, Kroger is trying to split the difference.

The Cincinnati chain, one of the largest grocery companies in the country with more than 20 brands operating 2,800 stores in 35 states, is notably breaking into the local market. Kroger posted $132.5 billion in sales in 2020.

But rather than open a store, Kroger is coming in with a delivery model.

Andrea Colby, ecommerce corporate affairs and communications manager for Florida, says going online “allows us an opportunity to introduce a brand-new audience to Kroger through a convenient delivery service.”

In June, the company opened a 375,000-square-foot fulfillment center in Groveland, Lake County,west of Orlando. The center delivers directly to Orlando.

Orders destined for Tampa and Jacksonville come from smaller facilities. Trucks from Groveland are unloaded and reloaded unto vans for deliveries up to 90 minutes away. Kroger, in a statement, says the “spoke” location in Jacksonville for its Groveland “hub” will employ about 180 employees. There was no information on the Tampa facility.

Kroger Chairman and CEO Rodney McMullen, in a first-quarter earnings conference call with analysts June 17, says launching delivery in Florida was “a milestone moment in our history.”

“Kroger has been in business since 1838, so we have an established history of providing fresh, affordable food in a consistent manner while providing a rewarding customer experience,” adds Colby. “Florida’s population continues to grow, and ecommerce is a way to enter a new market.”

Lucky’s Market, an organic and natural food chain out of Colorado, which blitzed Florida with more than a dozen stores starting in 2016 through an investment from Kroger, filed for bankruptcy last year.

But, like Colby, McMullen, is hot on Florida for the long-term.

McMullen, in the earnings call, according to a report in the Jacksonville Daily Record, sister paper of the Business Observer, says the hub-and-spoke model allows Kroger to extend the range of its customer fulfillment centers by allowing the grocer to serve more customers directly to their door.

“Kroger’s data and personalization capabilities will contribute to increasingly meaningful ways to grow our e-commerce reach and capability,” McMullen says. "...“And we are just getting started." 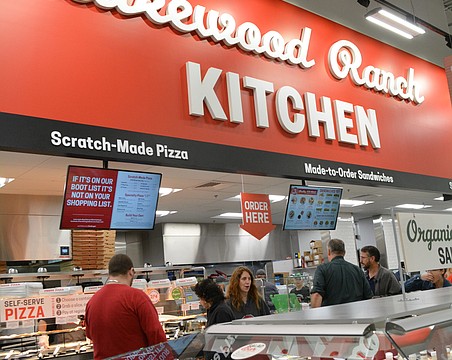 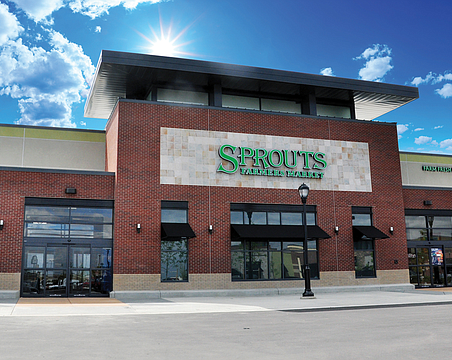 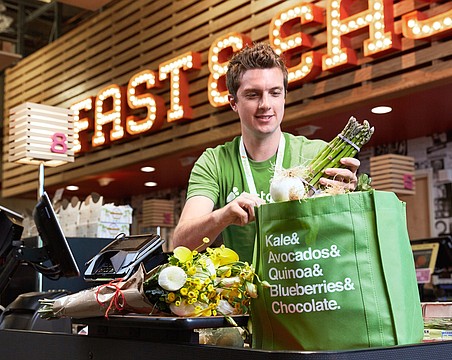 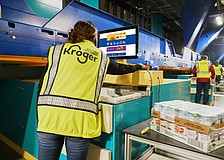 National grocer, after Tampa debut, plots expansion to other parts of Florida 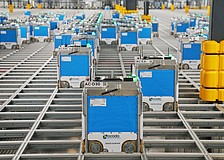 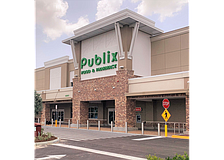 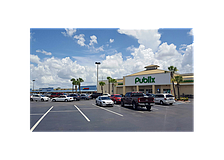