MANATEE COUNTY — A Canadian company has acquired Star2Star, a cloud communications services and software firm founded in 2006 in a Sarasota garage and now based in south Manatee County, for $437 million.

Markham, Ontario-based Sangoma Technologies Corp. acquired Star2Star, according to a statement. The deal, the release adds, consists of $105 million in cash and 110 million shares of Sangoma, traded on the TSX Venture Exchange in Canada.

Star2Star, which, like Sangoma, is in the Communications-as-a-Service sector, formerly knows as Voice over Internet Protocol, or VOIP, did $79.4 million in revenue in the 12 months ended Sept. 30, the release states. Star2Star's offerings include a comprehensive suite of voice, contact center, collaboration, integration, video meetings services and more, with solutions that work on any device from PC's to desk phone smartphones. Start2Star has about 300 employees, many of who work out of the company’s headquarters on Tallevast Road, north of Sarasota-Bradenton International Airport.

Star2Star co-founder and CEO Norman Worthington will be chairman of the combined company’s board after the deal closes, Star2Star President and Chief Revenue Officer Michelle Accardi says in an interview with the Business Observer. Accardi, who will remain with the company in a leadership role as well, says the deal is more of a merger, a “marriage made in heaven” of two peers that can now take on larger rivals together. Those rivals include companies such as Cisco, Citrix Systems and Microsoft. Sangoma, Accardi says, “saw the need to reach a greater level of scale to effectively compete in the marketplace.”

"We are thrilled to combine forces with Sangoma because we have so many complementary strengths," Worthington adds in the release. "Sangoma was the perfect fit for us because they identified and appreciated our talented team, loyal customers and unique go to market approach.”

Sangoma shareholders will vote on the deal in late March or early April, the release states, with closing expected to occur shortly thereafter. She says because the deal is accretive in nature, she doesn’t expect any job cuts.

Worthington and Joe Rhem, tech industry colleagues, co-founded Star2Star in Rhem’s garage at his Sarasota home. A New Jersey native and New College of Florida graduate, Worthington had started and run more than a dozen companies prior to Star2Star. (Rhem has since started other ventures in Sarasota.)

The company’s early days were rough, Worthington told the Business Observer in previous interviews. The beta test was a disaster, and calls were often dropped. But Worthington remained steadfast in the vision. He invested some $2 million in Star2Star research and development in the first year, and the persistence paid off: It hit $1 million in sales by 2007, and turned a profit by the 2009 third quarter. In late 2014 it secured $30 million in venture capital funding, and by 2015 it was doing $62 million a year in revenue.

"This transaction ensures we can meet any customer's preference, be it for purely cloud solutions, or for on-premise deployments, or a hybrid combination, all the way from small businesses to large enterprises,” Sangoma President and CEO Bill Wignall says in the release. 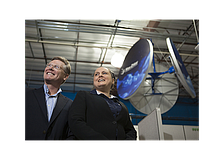 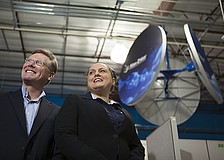 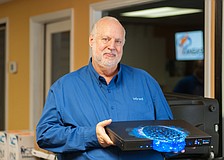 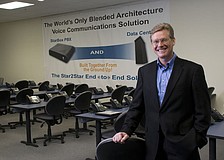 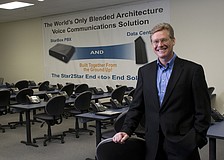