The Connor Group, a Dayton, Ohio-based investment firm with more than $3.3 billion in assets, has purchased the Bayside Arbors apartments in Clearwater for $93.25 million, records show.

The mid-December acquisition represents the company’s second in as many years in the Tampa Bay area. In mid-2019, Connor Group bought the newly completed, 394-unit Anchor Riverwalk complex in downtown Tampa for $123 million.

The 436-unit property was significantly renovated in 2004, according to real estate research firm Apartments.com.

The community also features amenities such as a dog park, a fishing pier, outdoor grills, a fitness center and tennis courts.

At the time of Connor Group’s acquisition, the three-story Bayside Arbors was 95% occupied, the company says.

And while the relatively new, five-story urban Anchor Riverwalk and the waterfront, older vintage garden-style Bayside Arbors might appear to have little in common, Connor Group officials say the two properties share many important attributes.

“Everywhere we consider adding to our portfolio, we look for common themes,” says Brock Wright, Connor Group’s vice president of acquisitions and dispositions. “We’re seeking ‘A’ properties in ‘A’ locations, with high barriers to entry, and we think that both of the properties we’ve purchased in the Tampa Bay area fit that mold.

“With Bayside Arbors, the property’s uniqueness and proximity to the water make it difficult or impossible to replicate in that market,” Wright adds.

The company also says the Tampa Bay region is among its most desired. In all, the 28-year-old company has acquired multifamily rental complexes in 15 markets, including Atlanta; Charlotte, N.C.; Austin; Chicago; Dallas; Nashville; and Minneapolis, among others.

“We love Tampa and St. Petersburg and that whole area,” Wright says. “We’ve been extremely disciplined and it took us three years to make a purchase, but now we understand the market a bit and we expect to be active buyers going forward. We plan to be there for the next 15 years.” 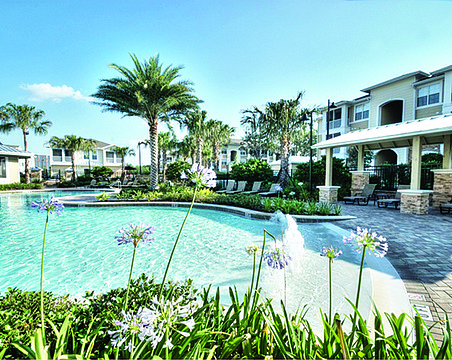 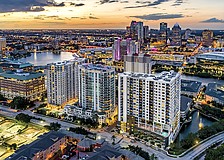 Pair of Tampa apartment projects sell for $100 million plus 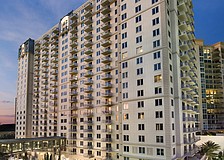 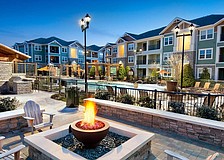 Alexander at Countryside sells for $69.3 million 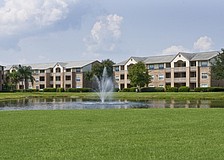