A decade ago, Fitlife Foods blazed a trail in the food industry. Now it faces a competitive landscape reshaped by the pandemic and a proliferation of meal-delivery services.

Without a doubt, 2020, with a massive shift to takeout and delivery orders, was a year of reckoning for the restaurant and foodservice industry. And 2021’s supply-chain and labor shortage issues have only added to the complex new reality for companies such as Fitlife Foods, a 10-year-old Tampa firm with a foothold in both delivery and brick-and-mortar operations.

Founded by David Osterweil, Fitlife has created a unique niche for itself in the foodservice sector. It has 13 retail locations in the Orlando, Sarasota and Tampa Bay markets, a culinary and food production center in Plant City and, in its first foray across state lines, a store in Atlanta. Customers can pick up healthy, ready-to-eat meals at any of the stores, or have them delivered in reusable, environmentally friendly packages.

But what really sets Fitlife apart is a commitment to being more than just a food provider — akin to how Peloton has transcended its status as a manufacturer of exercise equipment. Osterweil’s company launched a program, called Project U Wellness, that offers complimentary dietary and workout coaching, provided by certified wellness trainers, to customers.

“We’re always wanting to connect on an emotionally deeper level with our customer,” says Osterweil, 44, a former executive with Bloomin’ Brands, the publicly traded Tampa company that owns and operates Outback Steakhouse and other popular restaurant concepts. “You’re never satisfied — you always have to be pushing things further, innovating and doing more for your customers and your team.”

‘I'm so amazingly proud of this team and what they've been able to do, because it wasn't about, “Hey, let's just try to hang on during this.” It was about how do we push forward.’ David Osterweil, founder and CEO of Fitlife Foods

However, the lane Fitlife had largely to itself 10 years ago has become increasingly congested, with adjacent brands such as Blue Apron and HelloFresh — which specialize in home delivery of meal kits, rather than fully prepared dishes — rapidly gaining market share. The tight labor market is another growth constraint: Osterweil says goliaths such as Amazon and Publix, both of which have a large presence in the Lakeland/Plant City area, often outmuscle Fitlife when it comes to the competition for high school and college graduates.

“We’re never going to be able to compete with Publix or Amazon on price and wage,” he says. “We just can’t keep up from that perspective.”

As pressures and threats mount, how does Fitlife plan to maintain its leadership position and make good on Osterweil’s plan to operate in all 50 U.S. states?

Osterweil repeatedly stresses the importance of Fitlife’s company culture and hiring practices as winning factors in the firm’s growth to more than 200 employees.

“We might be 50 cents less from a compensation perspective, but we give out tremendous onboarding incentives,” he says. “We’re going to do our best to feed you, energize you and create a great team member.”

Fitlife recruits college graduates who are interested in careers in fields such as nutrition, dietary science and health and wellness. Osterweil is OK with the fact that some might use the opportunity as a stepping stone to something else, but turnover has been low, especially considering the labor chaos of the pandemic.

“A role in our stores offers an opportunity to get their feet wet, but it's a very purpose-driven role,” Osterweil says. Our people know they’re not just working there for a paycheck. I designed the role more than 10 years ago for people who were coming out of school with a health and wellness background and wanted that first experience of talking to customers.”

Having in-store, retail employees, though, meant Fitlife had to deal with some sidelined staff members during the pandemic.

“Like every company,” Osterweil says, “we experienced an individual or group of individuals who would be out for extended periods of time. But I would say overall, we we’ve been pretty fortunate.”

Osterweil was determined not to let the turmoil and uncertainty of the pandemic disrupt his plans for Fitlife. He doubled down on menu innovation and hired a new CFO, director of culinary center operations and head of purchasing.

“We made some amazing, significant hires,” he says. “We changed our packaging, updated our branding, launched a store in Atlanta … we just kept focusing and innovating. I'm so amazingly proud of this team and what they've been able to do, because it wasn't about, ‘Hey, let's just try to hang on during this.’ It was about how do we push forward.”

Osterweil declines to disclose Fitlife’s gross revenue but says the company has been growing steadily, around 25-30% annually over the past few years, including 2020, and he expects 2021 to produce similar results. A better indicator might be the number of meals per day — “north of 10,000,” Osterweil says — Fitlife sells. With meal delivery plans priced from $89.95 for six small meals to $169.95 for 12 large meals, in addition to in-store retail sales, a healthy revenue stream doesn’t seem to be a problem for Fitlife.

Another key to Fitlife’s staying power is its willingness to tinker with the successful recipes that helped propel it to breakout success. The company’s new director of culinary innovation and executive chef, Chris Austin, was actually hired to do just that.

A native of Tampa, Austin lived and worked in California for nearly two decades before returning to his roots in 2017 when he joined the University of Tampa as its executive chef. His culinary odyssey also includes stints with Whole Foods Market and Sonoma State University. At the California Culinary Academy, he received the prestigious James Beard Scholarship for Excellence and graduated with honors.

“What I love about chef Chris is he’s from Tampa; he has some great local roots,” Osterweil says. “He has a love and passion for food. I’ve worked with a lot of chefs over the course of my career, whether at Fitlife or my time at Bloomin’ Brands, and I have just never seen a passion like Chris’s before, and it comes out in the food. The items he’s been able to put out for our customers have gotten rave reviews. And at the end of the day, people are going to come back to use because of the food.”

Austin, Osterweil says, essentially has carte blanche to revamp even the most popular Fitlife dishes, such as its barbecue beef with mac and cheese, an item that’s been on the company’s menu since the beginning.

“It’s our number-one item,” Osterweil says. “People love it, and he took it to this whole other level. He infused butternut squash into the mac and cheese, giving it a ‘hidden’ vegetable. He added Mexican cauliflower rice to our enchilada. He’s created some exciting all-new dishes, like margherita flatbread pizza and Cuban beef picadillo.”

Austin, who comes from a fine-dining background — one of his first jobs was at Mise en Place, a highly regarded Tampa eatery — says the biggest challenge at Fitlife, which hired him about a year ago, is to come up with dishes that conform to strict nutritional guidelines.

“In fine dining, we can fatten you up real quick,” he says, adding his goal is to create 40 new Fitlife meals per year. “It’s a large menu, so I want to modernize some of the dishes that have been on the menu a long time, and see where I can add more nutrition.”

Austin has some big ideas for Fitlife, such as combining southeast Asian cuisine with typical American comfort foods. At Whole Foods, creativity wasn’t a problem for him: he created more than 500 recipes during his time there. He approaches his job in an artistic way, sketching out what the meal would look like on a plate, before delving into the scientific side of the process, which involves not only nutrition, but also the way different foods respond to the modified atmospheric packaging that Fitlife uses to keep its meals fresh for customers.

“To be able to be as creative as I want and have it be recognized, that’s huge for me,” Austin says, adding he couldn’t be more excited to be part of Fitlife at this point in the company’s growth and development. “I see us shipping all around the country; we’re getting close, we’re getting there. We’ll have culinary centers opening up around the United States. I think it’s going to be huge.” 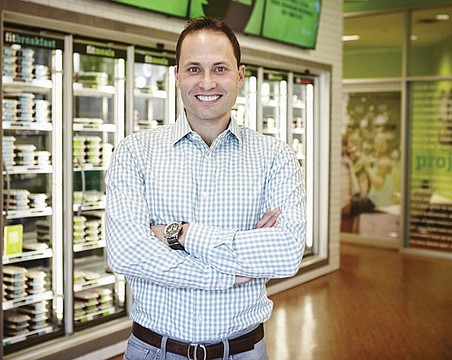 Firm is fit for lucrative investment 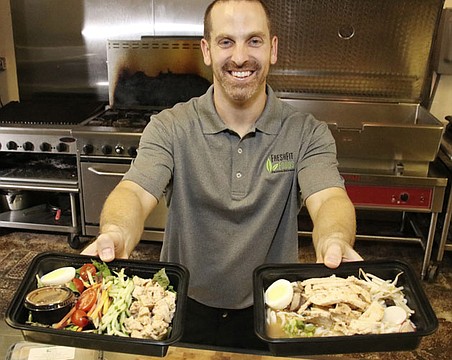 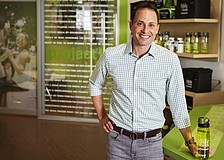 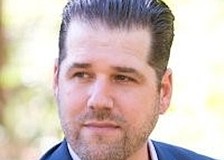 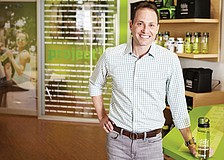 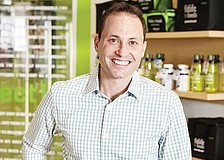 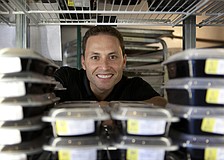