Banker reflects on long career — and his lucky break

David Hall helped build Sanibel Captiva Community Bank into one of the highest-performing community banks in the region.

Longtime Southwest Florida area banker David Hall believes his first day at his first job nearly 44 years ago was a major stroke of good fortune. All the more so because that day was July 7, 1977 — 7/7/77.

A recent University of Florida graduate, Hall showed up for his first day at CPA firm Haskins and Sells in Miami enthusiastic but with little means. “I had $1.25 to my name and one suit,” Hall recalls. He had no idea how he was going to pay the $5 for parking fee.

A few hours into training, a supervisor with the firm, which later merged with Deloitte & Touche, asked for volunteers for a bank audit assignment. Hall jumped at the chance — and it was his first lucky break.

After more than 30 years of working in community banks in Maryland, including one sold in February 2020, John Wright and his wife moved to Southwest Florida. A seasonal resident for a decade and coming down right before the pandemic, Wright thought he would at least take the rest of the year off.

He soon reconnected with David Hall and the executive team at Sanibel Captiva Community Bank, who he knew a little bit from being in the industry. With the PPP loan program underway — and Wright getting restless at home — he and the bank started an informal relationship for him to help out. That turned into a full time job, and now Wright is the successor to Hall, recently being named CFO, COO and executive vice president. “This is by far the best community bank in Southwest Florida from a performance level,” Wright says. “They were the first ones I contacted and the only ones I contacted.”

Hall went on to have several other big hits in his career, helping take five businesses public and also helping some troubled banks overcome financial issues. In 2001, he joined Craig Albert and a few others to launch Sanibel Captiva Community Bank. Hall was the CFO, COO and an executive vice president

Hall and the team helped grow Sanibel Captiva from a de novo bank to one with $612 million in assets through Dec. 31. The bank’s return on equity ranks within the top 60 nationwide out of some 4,000 banks, and deposits have grown 26% per year compounded for the past eight years. “David has been my most trusted and valued partner for over 20 years, and has been instrumental in our establishment as a high-performing bank," Albert says in a statement.

In a recent interview Hall, 65, spoke about the secrets behind Sanibel Captiva’s successes and his plans for the future. Edited excerpts:

Over head: Hall attributes the bank’s success in returns in equity and assets primary to “being very frugal,” on expenses and overhead. “My dad kept the air conditioning in the house set between 80 and 82 degrees because he didn’t want to spend the money to air condition the house below 80. It drove me crazy. We’re not that bad, but we are very tight with a penny. When we can save a dime, we save a dime. About 90% of banks spend more money they we do as a percent of assets.”

People first: The bank’s success beyond the ledger, Hall says, stems from hiring well. “The one thing we spend (more) money on is we hire really good people and pay them really well,” Hall says. “We always try to find people better than what we need for that job and then we don’t micromanage them. We let them do their job and have some fun at it.”

Service mentality: Like many community banks, Hall says putting a premium on superior customer service is another key to the success. “Customers have my cell phone number, it’s not unusual for us to get phone calls,” he says.
“We try to have at least two people in the bank know each customer’s name — and (customers) love that. They love the attention. They like the quick turnaround. It’s not a 1-800 number and you have to wait for the music to stop playing before someone picks up from who knows where.”

‘We always try to find people better than what we need for that job and then we don’t micromanage them.’ David Hall, Sanibel Captiva Community Bank

Next up: Hall and his wife are big travelers. They had plans to tour countries in the Baltic region in May. That was canceled due to the pandemic, but they rebooked for 2022. They also are planning a trip to New Zealand and Tasmania in March 2022. And with a hole in May in the schedule, the Halls are now planning a driving trip along the Mississippi River and Great River Road, from New Orleans to St. Paul, Minnesota. After Minnesota, they plan to head west to go to the one state Hall has never set foot in: North Dakota. “I like seeing new places, talking with people,” Hall says. “I especially like going with my wife — that makes it very special to me.” 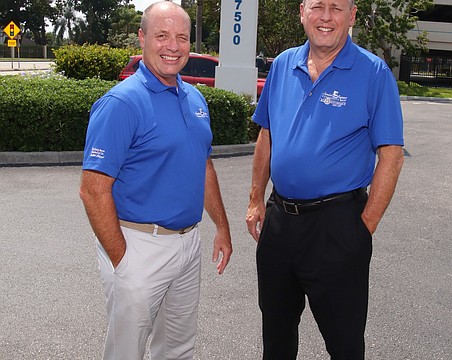 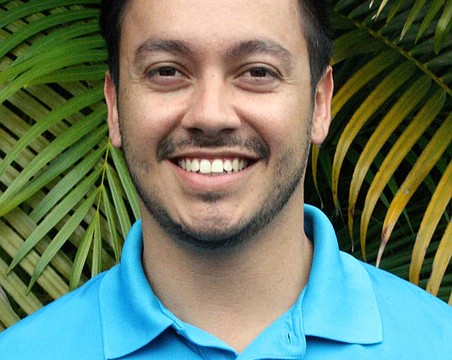 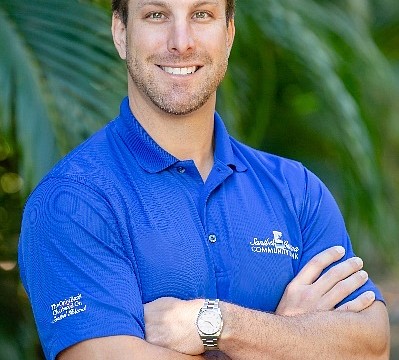 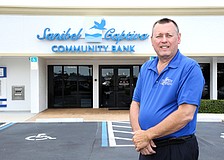 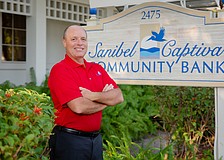 Community bank readies itself for surge in business 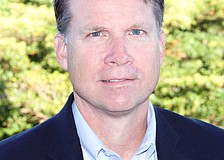 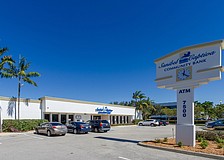 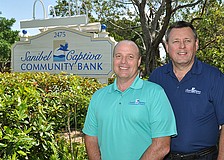