Two years shy of 30, in 2009 Paul Beattie made what many, at the time, thought was a big mistake: giving up a decent full-time job to start a one-man construction and remodeling firm, during the housing bust and recession. The cries of idiocy followed.  “Everyone thought I was nuts,” Beattie says. “Particularly my wife, who was pregnant.”

Beattie has beaten back the doubters. Today his company, Cape Coral-based Beattie Development, is a full-service custom and semi-custom homebuilder and remodeling firm with nearly 70 employees across five divisions and at least $15 million a year in revenue. The company has built more than 300 homes, ranging in price from $190,000 to more than $2 million, and has averaged annual sales growth of 20% to 40% over the past three years. Other in-house units under the Beattie Development brand include plumbing, realty, roofing and countertops. He also has plans to expand to electrical and HVAC work.

The genesis of having so many homebuilding and home services under one roof — an uncommon strategy for a small builder — dates back to a lesson Beattie learned when he started the business: Diversification in services and vertical integration is the best way to compete with larger remodeling firms and homebuilders. Another not-so-secret trick to his success? Work ethic. “I started out with nothing,” he says. “I worked my butt off.”

While Beattie took care of the internal side, creating a one-stop shop for clients, the external part of the business, in new residents moving to Southwest Florida has also done well. Beattie says his company continues to field multiple calls from people out of state looking to move to the region. One recent inquiry came from California. “In 11 years, we’ve never had a client from California,” he says.

People from other states, in the Midwest and Northeast, are calling too. “We are as busy as we’ve ever been,” Beattie says. “We are booming, even in the pandemic.”

The biggest challenge Beattie faces is a tried-but-true one for construction and the trades: finding and keeping talented people. Beattie says a big priority there is to maintain a positive work culture, where people look forward to coming to work everyday. That’s also, he says, one of the best things about being an entrepreneur. “I don’t just do this for me,” he says. “I do it for all my employees.”

Take one day at a time

Enjoy going out without a mask 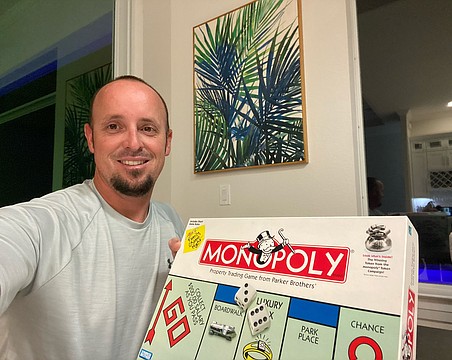 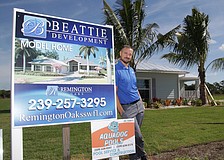 Building a business from the ground up 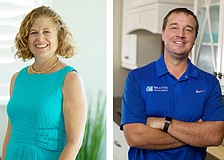 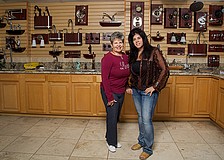