Some key backers of amendments up for a vote remain in the background.

Last week in this space, we addressed Amendments 1 through 3, along with our recommendations.

This week’s installment — the second of two — focuses on the remaining three state constitutional amendments on the ballot:

Summary: Requires all proposed amendments or revisions to the state constitution to be approved by the voters in two elections, instead of one, in order to take effect. The proposal applies the current thresholds for passage to each of the two elections.

When thinking Americans delve into the sanctity and importance of the U.S. Constitution, there is a deep-rooted reverence and profound respect for that most hallowed document.

WHO IS FUNDING THE AMENDMENTS?

One way to get a sense of what special interests are advocating for the passage of Florida’s citizen-initiative constitutional amendments is to inspect the sponsoring organizations’ campaign financing records.

Of the six proposed amendments on this cycle’s ballot, the first four came from citizen groups; amendments 5 and 6 came from the Legislature.

Here are the top contributors to the first four amendments as of Sept. 20:

Citizen Voters Inc., the only contributor to Florida Citizen Voters political action committee, is a nonprofit company formed by a former Missouri Republican legislator who now lives in West Palm Beach. It is not required to disclose the source of its $8.29 million. Newspaper reports show Loudon teamed up with a friend in Arizona who is heading up similar citizenship ballots in nearly a dozen states.

In addition, Florida for a Fair Wage Inc., the organization sponsoring the amendment, has 2,017 individual contributors of $500 or less — more contributors than any other amendment.

All voters vote in primary elections for governor, cabinet and legislators.

Miguel Fernandez is a Miami entrepreneur who made his fortune creating and selling health insurance companies. Considered one of the largest Republican donors in Florida, he served as finance chair for Gov. Rick Scott’s re-election campaign. Two years ago, Fernandez switched from being a Republican to a Non-Party Affiliate. Strongly pro-immigration reform, he wants NPA voters to able to vote to bring about change.

Require constiutional amendments to be approved in two elections

Fort Lauderdale law partners Jason Haber and Jason Blank are the sponsors of this amendment. Part of their practice focuses on Florida election law. They formed a not-for-profit, Keep Our Constitution Clean Inc., to raise funds for their campaign and are not required to disclose the source of the $9 million.

Indeed, in the 233 years since it was ratified, American voters have amended the Constitution only 27 times.

Now contrast that with this:

Since Florida voters ratified the current constitution in 1968, the state constitution has been amended 140 times.

Obviously, Florida’s constitution does not beget the same reverence as the U.S. Constitution. Too bad; it should.

They did not respond to the Business Observer’s request for an interview. But their website explains part of the rationale for their proposed amendment: To stop “what has become ‘legislating’ through the constitution.”

That is a reference to special interest groups frequently using the state’s citizen initiative process to have their causes enshrined in the constitution rather than persuade lawmakers to adopt them as statutes.

More often than not, Florida’s proposed amendments are better suited to be adopted by the Legislature as statutes. Statutes are much more easily modified, amended, updated or repealed than are amendments.

But frustrated by a stubborn Legislature that refuses to address their causes, special interest groups instead opt for the amendment process. What’s more, these groups often find it much easier to appeal to the gullible emotions of voters than sway lawmakers. A prime example: This year’s Amendment 2, “For the People” lawyer John Morgan’s attempt to raise Florida’s minimum wage.

How many of Florida’s 13.5 million registered voters, for instance, will research the pros and cons of that amendment and who’s pushing it and why?

That’s why Haber and Blank  want to require proposed amendments to be approved with 60% or more of the vote in two consecutive general elections. Part of the thinking is that would give voters more of an impetus to learn the details of proposed amendments.

But, of course, let’s be blunt here: The name of Haber and Blank’s not-for-profit, Keep the Constitution Clean Inc., has a good, positive ring to it. What they really want to do is make it more difficult for citizens and special interest groups to get their causes on the ballot.

In the end, you can say this proposed amendment comes down to this: What do you want — a tougher-to-amend constitution that primarily addresses the relationships between the three branches of government; sets up the boundaries in which they can operate; and states our rights? Or a system, which exists now, that allows for direct democracy and clutters up the constitution?

While we agree that Florida’s Constitution is cluttered with measures unfit for a constitution, according to our litmus test, this amendment would add another layer of government and diminish people’s freedom.

Summary: Proposing an amendment, effective Jan. 1, 2021, to increase, from two to three years, the period during which accrued Save-Our-Homes benefits may be transferred from a prior homestead to a new homestead.

Trying to explain the nuances behind this amendment is probably so technical that most voters’ eyes will glaze over.

But in fact, unlike many proposed amendments, there isn’t some sneaky, nefarious subterfuge at play here. When Rep. Rick Roth, R-Palm Beach Gardens, filed this proposed amendment as a House bill in the last legislative session, it was intended to correct an unintended glitch in a 2008 constitutional amendment that voters approved.

But because of the way the amendment was written, it turned out two years was not really two years. Say you sold your home in December 2019. As is, the law would require you to move into your newly purchase home by Jan. 1, 2021 — the second Jan. 1 from the time you sold your home.

For many homeowners waiting for their new homes to be completed, the timeline was too short, causing them to lose the portability of their exemptions.

Amendment 5 corrects that, extending from two to three years the time to transfer the value of the exemptions accumulated in your previous home.

As we said, it’s complicated. Suffice to say, even though homestead exemptions are an anachronistic subsidy to property owners, this amendment relaxes government regulations and is a benefit to taxpayers.

For the past decade, Florida lawmakers repeatedly have placed on the ballot proposed constitutional amendments with an intent to honor combat-wounded military veterans and disabled first responders — and in the process make Florida one of the most attractive states in the nation for these heroes.

And Floridians have obliged.

Since 2010, Floridians have adopted five constitutional amendments that give homestead property-tax exemptions and college tuition waivers to these service men and women and their surviving spouses and family members.

• 2010: An additional homestead tax exemption for members of the military, military reserves, Coast Guard or its reserves and Florida National Guard who were deployed in the previous year on active duty outside the continental United States, Alaska, or Hawaii in support of military operations designated by the Legislature.

• 2012: This amendment expanded the homestead exemption to veterans who became disabled as a result of a combat injury and who were not Florida residents when they entered the military.

• 2016: This amendment authorize a first responder who is totally and permanently disabled as a result of injuries sustained in the line of duty to receive relief from property taxes on homesteaded property.

So now, in 2020, the Legislature is asking Floridians to extend homestead property tax exemptions to the spouses after their combat-wounded or disabled veterans have died.

We’ll admit to a weak spot in the case of our military. Our service men and women and first responders volunteer to put their lives at risk in defense of our freedom and nation and for our safety. They give up a lot — their families and their own personal safety and security.

In return and in the scheme of society at large, granting them these property-tax subsidies is a small repayment.

To an extent, you could argue these subsidies to veterans, first responders and their families add to our freedom. They reward those who protect us. 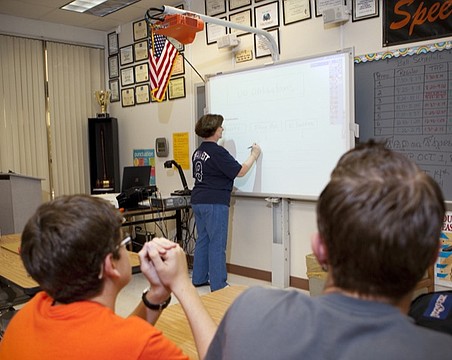 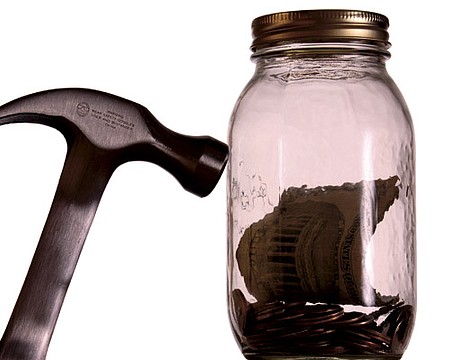 Bang for the buck 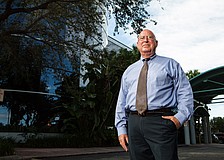 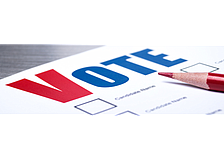 Amendments advice: Where does it fall on the freedom scale?

Save Our Homes ... again