A massive and much-needed expansion was under way at an area hospital built in the 1960s when the pandemic hit. Then the really unexpected happened: They completed it early.

Like most health care systems of its size and scope, BayCare, headquartered in Clearwater, has an ongoing master-planning process for its many hospitals in the Tampa Bay region. That means expansion and renovation strategy is made years in advance and — surprise, surprise — simply can’t always easily account for disruptions like a global pandemic.

In the case of St. Joseph’s Hospital, at 3001 W. Martin Luther King Blvd., Tampa, BayCare began to plan to expand the facility in 2016, and ground was broken in 2018 for the $126 million project. But the COVID-19 crisis added a sense of urgency to the project, led by Orlando-based general contractor Robins & Morton and highlighted by a new six-story tower, 90 private patient rooms and a pedestrian bridge, spanning Martin Luther King Blvd., that offers safe passage to and from St. Joseph’s Women’s Hospital across the street.

“At the time, people were talking about putting patients in hotels," says St. Joseph’s Hospital President Kimberly Guy. “We had no idea what 2020 would bring."

‘We did the unthinkable. We opened early to make sure that we were prepared to handle an influx of COVID-19 patients.’ Kimberly Guy, St. Joseph’s Hospital

So as spring turned to summer and COVID-19 cases surged, Guy and her team told Robins & Morton they’d like to expedite the opening of the expansion, or at least its patient housing component. And, despite steep odds, they pulled it off, boosting patient intake capacity at the end of July as opposed to late September, when the project was originally scheduled for completion.

“We did the unthinkable,” says Guy, a 15-year BayCare veteran who landed her current role in 2016. “We opened early to make sure we were prepared to handle an influx of COVID-19 patients.”

Major construction projects tend to run beyond their allotted timeline, not wrap up early. How did BayCare pull off such an accomplishment?

For one, it hired an expert. Robins & Morton has focused on health care construction for four decades, and in the past 10 years alone it has completed $10 billion worth of health care projects nationwide, ranging from minor interior renovations to new, freestanding hospitals.

“We’ve done numerous complex hospital renovations and additions, so we’re very experienced working on active health care campuses,” says Robins & Morton Senior Project Manager Alan Johnson. “We had previous conversations with the hospital about opening the entire project early, but when the pandemic happened with the expectation of a patient surge, BayCare asked us to get the fifth floor open, followed by the sixth and seventh.”

Robins & Morton adjusted its schedule on the fly, postponing work on the hospital’s new entryway to focus on patient rooms. “It messed with their schedules,” Guy says, “but they knew what the immediate focus was.”

Johnson says Robins & Morton brought in additional supervisory staff from across Florida to help coordinate the project’s accelerated schedule. The firm also quickly moved to get buy-in from city and state inspectors, architectural firm HOK and engineering firm Carastro & Associates, as well as the many trade contractors and vendors.

“From the very beginning, it was a team effort,” Johnson says. “The construction team … met daily to prioritize activities and identify and resolve construction challenges. We met with Carastro’s engineering team, our trade contractors and BayCare to test systems in a collaborative way. This often meant working late into the night and early mornings to verify life-safety systems.”

He adds, “We held biweekly meetings with BayCare and the City of Tampa approval and inspection branches to inspect and open portions of the building. We developed a level of trust that included after-hours inspections so we could keep working during the day.”

The hospital, which dates back to 1934 but was rebuilt in 1967 in its present location, isn’t just bigger — it’s better, Guy says. With private as opposed to semi-private rooms with shared bathrooms that have gone out of style, the facility will be a more attractive option for many patients and their families — giving it a competitive boost in the health care marketplace.

Guy credits Robins & Morton and the project’s other partners who stepped up and delivered. But she suspects a higher power might have played a role, as well.

“In 1934, when the Franciscan Sisters of Allegany opened the original St. Joseph's Hospital, it was during the Great Depression," she says. "And so for us to open this expansion amid a global pandemic, you’ve got to think God had a hand in it. That parallel really struck me.” 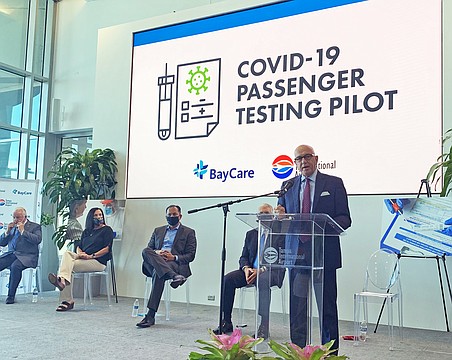 Airport, hospital system team up to test flyers for COVID-19 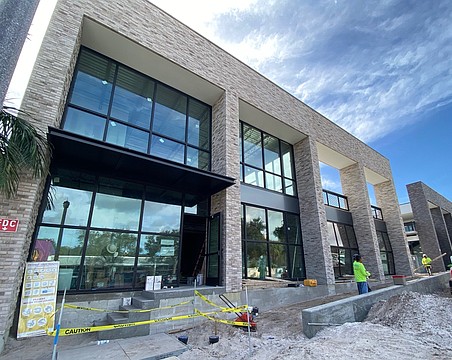 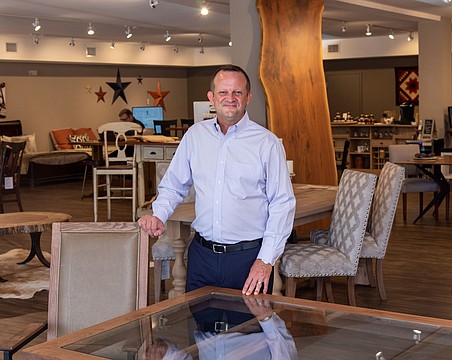 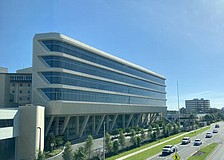 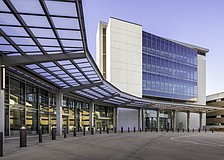 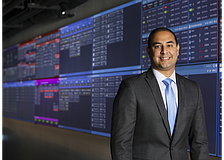 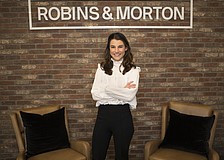