To quickly make a difference during the coronavirus, community foundations are making processes easy for both nonprofits and donors.

Floridians are used to hurricanes. But this is no hurricane.

For communities statewide, responding to the coronavirus crisis has required a different kind of disaster response. And community foundations are at ground zero in the effort to help nonprofits and people who are struggling.

“It’s not a typical hurricane event,” Gulf Coast Community Foundation President and CEO Mark Pritchett says. “This is a real different animal we’re dealing with. It’s very difficult to get your hands around.”

Trends: Community foundations have had to shift strategies to meet COVID-19 needs

As community foundations from Tampa to Naples — with more than $1.2 billion in assets — help those reeling from the pandemic, they’re using proven customer service tactics, among them streamlining processes for nonprofits to seek assistance, disbursing money quickly and helping donors give to the causes they care about most. Underlying their actions is a principal that’s served businesses, nonprofits and foundations well during this crisis and others — nimbleness.

“We’re constantly making phone calls, touching base with nonprofit CEOs, monitoring statewide data and getting requests from different organizations for assistance,” Pritchett says. “You just have to be nimble. If you’re not nimble during this time period, you will not succeed in helping our community.”

In March, as concerns over the coronavirus grew urgent, Pritchett went into crisis management mode.

Right away, the organization began to define its strategy. “The leadership team got together and said, ‘We’re going to have to do a 180 on where we are and focus on the crisis at hand,’” he says. The foundation knew the crisis would cause unemployment and even greater challenges for people already on the margins. “We said, ‘How do we respond quickly?’”

It launched a COVID-19 Response Initiative to swiftly address immediate requests from nonprofits, partnering with the Charles & Margery Barancik Foundation. “Our team working with their team doubles your brain power and connections in community,” Pritchett says. “I think both foundations are leveraging and getting the most out of philanthropic dollars by working together.”

To make it easier for nonprofits seeking assistance, grant applications weren’t required, just an email with information about the nonprofit’s needs. Requests ranged from delivering telemedicine and mental health services to distributing food from a food bank. Within a week, money went out. “The faster we could get them money, the better it was for them and their clients,” Pritchett says. “There was no delay and no big grant process. It was, ‘Tell us what your needs are, and we’ll be there for you.’”

So far, with its donors, Gulf Coast, one of the largest foundations in the region, has provided over $5 million in grants for COVID-19 relief.

The Community Foundation of Collier County also changed its grant-making process to focus on operational unrestricted grants for nonprofits.

After it set up a Collier Comes Together Coronavirus Relief Fund, officials from the foundation spread the word to its donor base. President and CEO Eileen Connolly-Keesler says communication and weekly updates to encourage donors have been key during the crisis.

To streamline efforts on both the nonprofit and donor side, the Community Foundation of Tampa Bay created a Nonprofit Needs List. Almost $2 million has gone to items on the list from fund holders and friends of the foundation. The foundation’s efforts during the crisis also include a Tampa Bay Rapid Response Fund, which it uses to make urgent grants and provide match dollars to those funding requests on the list.

“We decided the best thing we could do for the community was directly connect givers to needs,” President and CEO Marlene Spalten says. “What we landed on was we need to really respect the voice of nonprofits themselves to tell us what they need in a quick and easy way during this time of stress.”

To compile the Nonprofit Needs List, the foundation gave nonprofits a seven-question form to submit digitally. The list includes 498 requests from nonprofits in the five counties the foundation serves: Hillsborough, Pinellas, Pasco, Hernando and Citrus.

The Nonprofit Needs List also allows donors to express their giving preferences. “Even in a disaster, people are different with what they care about,” Spalten says. The World War II generation was happy to give unrestricted dollars, she says, but that’s less true of baby boomers. “Why work against that?” Spalten says. “Go with it. We respect the intelligence of our donors.”

Businesses can take the same approach. Spalten says area companies can use the Nonprofit Needs List as a resource to help them match their giving to their mission. “Among those needs, which resonates with their own business culture?” she says. “What would be an expression of their values as a business?”

Amid the pandemic gloom, meanwhile, the Community Foundation of Sarasota County has had an impressive couple of months — in funds.

Like other area foundations, the Community Foundation of Sarasota County has found partnerships critical, including working with The Patterson Foundation on Season of Sharing and the Giving Challenge.

Community Foundation of Sarasota County President and CEO Roxie Jerde also says recent calls with other community foundation CEOs about what each foundation is working on have been fruitful. She says, “I always say, ‘All of us are smarter than one of us.’”

In another act of collaboration, the Community Foundation of Sarasota County, along with other area foundations and foundations across the country, signed a Council on Foundations pledge about philanthropy’s commitment during COVID-19. The pledge says the organizations will loosen or eliminate restrictions on current grants, make new grants as unrestricted as possible and contribute to community-based emergency response funds, among other actions.

By the Numbers — Assets

Assets provided by each organization.

As their work becomes more visible during the pandemic, community foundations are taking a stand — and becoming stronger leaders.

Another challenge community foundations face during the pandemic? Needs are evolving.

Connolly-Keesler says initially needs centered on health care, including getting such items as ventilators to hospitals. Then food lines grew, and rental assistance became an issue. Also early on, one nonprofit told her it could use gift cards for families for food, utilities, medical expenses and other essentials. The Community Foundation of Collier County immediately went out and bought some.

Now the foundation is talking with early childhood organizations, which will become more crucial as parents go back to work. “It just kind of morphs,” Connolly-Keesler says. “We’re always looking at what is the greatest need in the community this week."

‘We’re always looking at what is the greatest need in the community this week. That’s probably the greatest thing about community foundations — we’re flexible vehicles.’ — Eileen Connolly-Keesler, Community Foundation of Collier County

Pritchett points out some people are still in crisis mode — and will be for a while. Others are experiencing secondary needs, such as mental health counseling and education. “Cultural needs are also important because they’re economic drivers,” he says.

That same evolution is occurring within nonprofits. While some organizations are still in crisis, others are thinking about recreating their business models to perform services or raise funds differently.

For many nonprofits, large events like galas and luncheons have played a major role in fundraising. The pandemic forced some events to be canceled, but certain leaders hope for a return to business as usual. “Some nonprofits are thinking there will be galas,” Pritchett says. “I’m strongly advising them to think of a plan B.”

Panepento says during the pandemic, foundations have also found interesting ways to engage donors virtually, such as inviting nonprofits to discuss specific needs with donors on Zoom calls. “Donors are really responding to that,” he says. “We’re seeing a lot of efforts to circumvent the fact that we’re all in our houses.”

Just like for-profit businesses, community foundations are also watchful of the long-term future, not just short-term needs. The Community Foundation of Collier County, for example, has distributed nearly $1 million for COVID-19 relief but in keeping in mind an uncertain future, it’s slowing down a bit. The foundation wants to be able to follow the need, Connolly-Keesler says, if the community sees a later surge in cases. “We’re aware of that and understanding this is a marathon and not a sprint,” she says.

Gulf Coast Community Foundation is peering into the future by examining three possible scenarios — at all levels. One involves the market crashing and nonprofits going out of business. Another scenario involves steps both forward and backward in fits and starts. A third shows everything going better than predicted.

By establishing a framework for how the foundation might respond to each possibility, it’s preparing for a future that could take several forms. Pritchett says, “It gives us that nimbleness and that flexibility you need.” 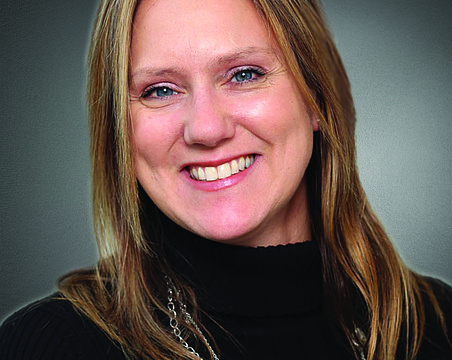 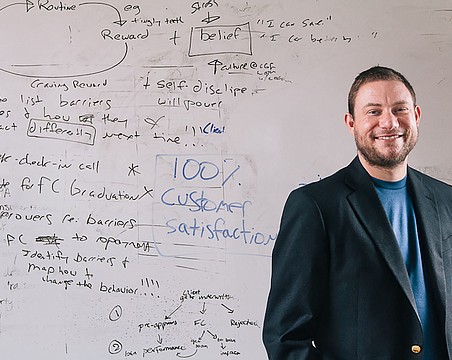 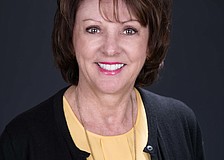