NIX United, seeking to solve recruitment and retention challenges, chooses St. Pete for a U.S. hub. In another key retention move, the company prioritizes autonomy for all employees.

NIX United, a software development company that specializes in a wide range of products and services, including apps and programs for Apple’s iOS ecosystem, is only a couple years old. But it boasts a leader who’s seen it all since starting his career in what he calls “the pre-Google era” — otherwise known as the mid-1990s.

Since launching NIX United, the U.S. partner of Ukraine-based NIX Solutions, in 2018, CEO Igor Braginsky has grown the company into a powerhouse, landing a number of high-profile clients in the U.S. in such sectors as health care and visual technology. Braginsky says NIX United is on track to triple its growth by the end of 2020 thanks to contracts with big-name clients like IBM, Lenovo, Alienware and Thomson Reuters. NIX Solutions, says NIX United's top U.S.-based sales executive, Kevin Woodford, does about $25 million in annual sales, and 80% of its business is now in the U.S.

Braginsky, 46, to support and foster more growth, has established the firm’s headquarters in St. Petersburg — which he says beat out larger rivals, such as New York, Boston, Philadelphia and San Francisco. He set up shop in the Sunshine City in March 2019 and expects to have up to 10 full-time employees working locally by the end of 2020, supported by 100 international contractors.

“It’s a fast-growing environment with a big future and big potential,” Braginsky says of St. Petersburg and the Tampa Bay region. “In St. Pete, the weather is better, and prices are cheaper. It’s a better launch pad.”

Like many firms in the tech sector, NIX United sometimes struggles to attract and retain talent. That was a major consideration when Braginsky was considering where to locate the company’s U.S. base. Hiring, he says, is by far the firm’s biggest challenge — one he’s addressed by amassing a small army of contractors. Many of them are based in Ukraine, but Braginsky expects to bring on hundreds more as the firm’s workload continues to increase.

“We have many different kinds of contractors,” Braginsky says. “Most of them are working part-time. I prefer to have full-time employees in the office.”

‘Our people have great potential to develop themselves and build success. We’re a fast-moving, fast-developing company.’ Igor Braginsky, CEO of NIX United

That old-school approach, of course, represents a challenge for Braginsky in the time of coronavirus. Woodford, who’s based in St. Petersburg, says all employees have the option to work from home or in the firm’s office in the BB&T tower in downtown St. Pete. A Tampa native, Woodford joined NIX United in January 2019 has been impressed by the company’s low employee attrition rate: 1.3%.

“The work culture is so strong,” Woodford says. “If you look at the marketplace, as a software developer, even if you were a 1099 employee, you are not going to find a better offer and work-life balance.”

Woodford, 31, likes how NIX United, with five full-time employees in St. Pete so far, feels like a small startup but has the backing of the NIX business alliance, a much larger, global enterprise that boasts more than 2,000 staffers working remotely and in offices in Ukraine, Israel and Canada. The company holds an annual “summit” in Ukraine and foots the bill for workers and their families to attend.

With development capabilities ranging from blockchain and virtual reality to e-commerce sites and iOS and Android apps, NIX United has a developer for just about anything, Woodford says.

Braginsky adds that he’s made NIX United an attractive place to work by striving to make employees’ success “fast and efficient.” One key there? Flattening out the organizational structure.

“We’re not like big companies that have an established structure, a big bureaucratic structure,” he says. “Our people have great potential to develop themselves and build success. We’re a fast-moving, fast-developing company. I like to tell people, ‘Here, you can reach the sky very fast. It’s in your hands.’ That way, I’m attracting people who are fast and not lazy. People who are willing to take a risk but also earn more. These are the kind of people I am looking for and the kind of people we attract.”

CHANGE WITH THE TIMES

Nimbleness and agility are sought-after traits in the fast-changing tech sector, and Braginsky has them in spades. When he first started out in 1994, establishing his first business and doing IT work for government-run companies in Ukraine, he was producing software for searching offline databases. Sensing an opportunity to expand into the fast-growing medical tech space, in 1997 he moved to Israel, which has a thriving entrepreneurial tech culture.

A decade later, Braginsky watched with awe as Apple introduced the iPhone — and knew immediately where his career in tech was headed.

“I have a rule,” he says. “Whatever is coming to the shop shelves, I have to buy one and try it myself — to feel it and touch it. When I touched the iPhone, I said: ‘OK, this is the future. It’s not only a device but an ecosystem.’ So I said to my technical department, ‘Guys, we need expertise in iPhone, now.’ And just a year or so in, we brought in a huge amount of new contracts.”

Braginsky says there’s a Russian aphorism that describes his approach to tech developments like the iPhone that fundamentally change the way people live and do business. “I will try to translate it to English,” he says. “If you see that the world is going to flip over, you will be the first one who will stand with your head down.”

Another future-conscious innovation that has helped NIX thrive is what Woodford calls “teams as a service.” What that entails, essentially, is the deployment of entire teams of software developers to one client for a specific project.

“Someone says, ‘Hey, I need developers for this project, and I would like to manage them,’” Woodford says. “So we give you developers, and you work with them every day. You're hiring one of our teams for you.”

Woodford predicts that strategy will allow NIX United to remain successful because it continually trains developers to be proficient in a wide range of programming languages, so it can quickly respond as certain languages rise or fall in usage. For example, Woodford says the Java programming language remains quite popular, but Cordova is losing support while Unity is on the upswing.

“We watch market trends very, very carefully,” Woodford says. “We know what’s going to be supported and what isn’t.”

NIX United also responds to needs it sees in the Tampa Bay community, and because of COVID-19, there are many. The company, for example, developed a local services grant that provides up to $5,000 worth of software development services to groups and organizations that provide relief to people who have been affected by the coronavirus pandemic. A recent example is a website that NIX United developed for St. Pete Together, a nonprofit network of volunteers. The site connects volunteers with people who need everything from babysitting and help with everyday errands to legal assistance and financial planning.

“We are now preparing the second project within this initiative,” Braginsky says. “We are going to develop a website for the St. Petersburg Area Economic Development Corp. The website will list local providers and their contact info/corporate summary/supplies they are offering. This will be a place where we can list local providers of the supplies that we expect our local businesses to need in the coming months related to COVID-19 and providing a safe workplace.”

Woodford says NIX United wants to give back because, unlike many other businesses, it hasn’t been ravaged by the COVID-19 economic crisis. That's mainly because of the vital services it provides to companies around the world.

The pandemic, he says, “had very little business impact as far as things being pushed off or delayed, mainly because software has got [to] continue. You know, I'll never forget when, back in the day, someone told me he was a roofer, and he was like, ‘Everywhere you go, there's going to be a roof.’ And I remember that, whenever I interact with software, that almost everything I touch is programmed or coded in some way.”

(This article has been updated to clarify that Igor Braginsky is the CEO of NIX United, not NIX Solutions, and that NIX United is a partner company and not a subsidiary of the broader NIX business alliance, which also includes United Perfectum in Israel, NIX Solutions in Ukraine and smaller partners in Lithuania, the United Kingdom and Canada.) 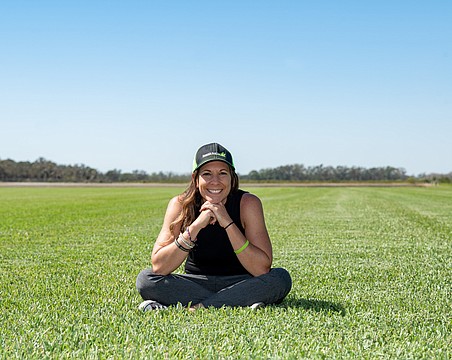 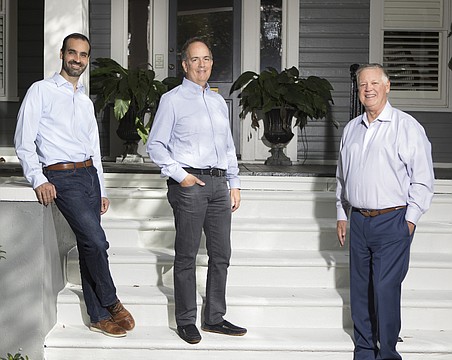 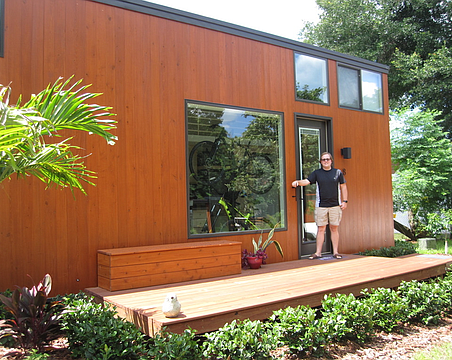 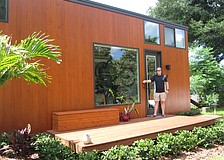 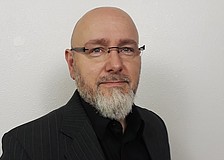 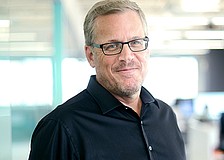 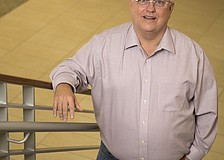 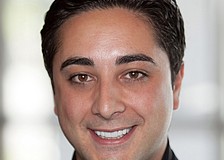