Tasked with a nearly complete makeover of the resort, Suffolk-Yates faced a tall order from the owner: Keep the slot machines humming — and money rolling — during the project.

If the King was alive today — and some say he is — he’d likely be pleased with the extensive upgrades to the Seminole Hard Rock Resort & Casino in Tampa, officially unveiled in October.

The showpiece of the $750 million expansion project, led by Miami-based builder Suffolk-Yates LLC and designed by New York-based Wimberly Interiors and Las Vegas-based Klai Juba Wald Architecture, is undoubtedly the new atrium entry. Its features include a massive, domed skylight ceiling; a 15,000-pound, Italian-made chandelier; twin curved escalators; and the pièce de résistance, a 24-karat gold grand piano that Elvis Presley bought for his mother but then kept at Graceland after her death in 1958.

‘The focus shifted to more of a mall aspect for families and not just a gaming floor.’ Brian Eaton, Suffolk’s vice president of operations

And that’s not all. Additions also include a 14-story hotel tower with 562 guest rooms and suites, three pools surrounded by luxury cabanas, a high-end salon, retail shops, a 50,000 square-foot ballroom and event center, and — most importantly if you’re a casino owner — 30,000 square feet of additional space for slot machines and gaming tables.

Suffolk Vice President of Operations Brian Eaton says the client, the Seminole Tribe of Florida, spared little expense on the project but had one big demand: The shows and games must go on. Shutting down the casino floor and the existing accommodation, dining and entertainment offerings was a nonstarter.

That presented a huge challenge for the builder — how to keep gamblers and guests happy and spending money amid the chaos of a 1 million-square-foot upgrade. “Our approach, early on, was to try to help the owner maintain the revenue stream,” Eaton says.

Eaton, 43, says there were “minimal” subcontractors with the capability to commit to a project timeline that spanned nearly 30 months and required 2.5 million hours of work. So Suffolk-Yates had to look nationwide for tradespeople. “That was a big part of our value proposition when we sold the job,” he says.

The planning process got tricky, though, when the client told the builder to factor in the high season for gambling — Thanksgiving through Easter. “That drove the logistics of when we would take things offline and work,” Eaton says, “and when we would keep things up and running.”

Even then, the booming U.S. economy and Florida tourism’s shrinking offseason remained a factor. Construction of the building that now contains the new atrium and gaming space was supposed to begin in March 2017, but the Seminole Tribe asked Suffolk-Yates to push it back to May. Why? Because business was so good.

“Things kind of worked in and around their revenue stream,” Eaton says.

To accommodate the client’s request to keep certain parts of the property up and running at specific times, Eaton and his team came up with a simple solution: add additional phases to the project. That's why what was originally conceived as an 11-phase buildout ballooned to 115 phases, while Suffolk-Yates game-planned the project like a card shark sizing up his competition.

“They started to realize income on us turning spaces over,” Eaton says.

Because the tribe brought in money during the build at an unexpectedly high and consistent rate, they were able to add more to the project scope. That, in turn, benefited Suffolk-Yates’ bottom line.

“A lot of the retail spaces were an afterthought,” Eaton says, “because they had some money leftover. They said, ‘Let’s break out some design on retail spaces.’ So the focus shifted to more of a mall aspect for families and not just a gaming floor.”

Even broken down into smaller tasks, organization and tracking was a towering challenge — and a prime opportunity to learn and improve. The worker head count, for one, ranged from 750 to 1,200 on any given day, which made inventory management an obstacle.

“You can just imagine the amount of doors and hardware that’s on a job like this,” Eaton says. “We had four different warehouses. There was a lot of: ‘Hey, where did that go? Oh, that guy had it in that warehouse.’”

Consider that a lesson for the next massive project the firm takes on. “As we start chasing larger jobs now, we’ll pitch the client to do a centralized warehouse, even though you might see a higher cost of doing that,” Eaton says. “For a big project on this scale, I would say clients need to consider a dedicated resource that manages a warehouse for them.”

After all, no one would be happy if a priceless, gold-plated grand piano went missing. 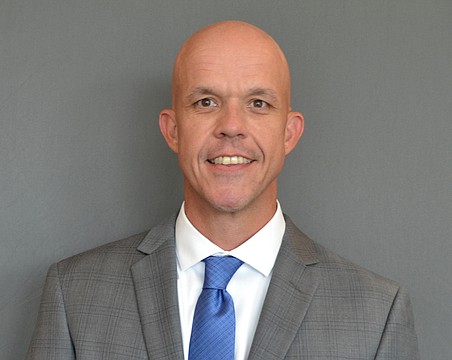 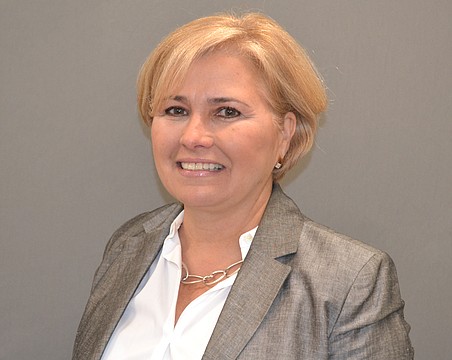 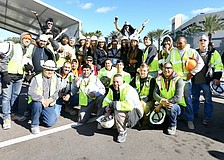 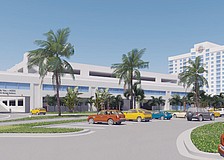 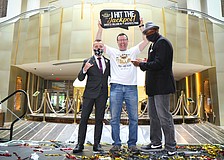