Driven by a market need — and a personal tragedy — a dogged entrepreneur sets his sights on disrupting on a long-established industry: homebuilding.

Pastor-turned-entrepreneur Joe Davis, who now balances both disciplines, has had a varied career. He’s currently a money and asset manager for family offices and a lead pastor at a Sarasota church. Past roles include running a nonprofit youth center/restaurant, coaching high school sports, writing spiritual books and investing in a lithium battery company in Tampa.

One job he hasn’t had? Homebuilder.

That’s on the cusp of changing, behind an ambitious company he recently co-founded, Innovar Structures. Spanish for innovate, the firm is a manufacturer of homes made from modified shipping containers.

Each home, built under top hurricane-proof standards, can be modified with windows, doors, complete interior build outs and add-ons, such as a rooftop deck. Also, each container can be combined to form a Lego-like set of stacks and arrangements, modified to meet a variety of needs, from multifamily to single-family. The exterior can be anything from brick or drywall to stucco or wood, and the customer can use either repurposed older containers or start with new containers as the base. The final product can be transported by truck, rail or ship.

Although shipping container homes aren’t new, the niche has mostly been one-offs that make for cool, funky-looking sustainability or downsizing projects and nice spreads in architecture and interior design magazines. A Naples entrepreneur, now in another area of the industry, looked into shipping container homes and balked, saying it was too costly and complicated. But Innovar, through a multimillion-dollar investment from a handful of private backers, aims to make the concept a big business.

‘We have a really great product, and it should be in hot demand.’ Bob Blaikie, Innovar Structures

“If things go like we think they can go, this can be huge,” Davis says. “We’d like to be known as the Ford Motor Co. of shipping container houses.”

Innovar officials envision a host of potential deep-pocketed clients, including multifamily and land developers, RV parks, municipalities and even large companies that seek to build workforce housing. Innovar intends to build the homes but not buy the land for them — eliminating a barrier to entry for a new homebuilder. “One of the best things about this is we don’t have to move a spec of dirt,” says Bob Blaikie, Innovar’s regional sales director. “When we sell one of these units, it’s total turnkey.”

The company will make the units in a 55,000-square-foot factory it’s retrofitting at a former Winn-Dixie in Wauchula, Hardee County, about 60 miles northeast of Sarasota. Work to get the factory ready includes putting in massive steel doors that cost $30,000 apiece and require a 12-ton forklift to install. The homes, while in progress in the facility, are moved around on coasters.

Hardee County owns the building and leases it to Innovar, with a purchase option. The county bought the building for $1.5 million, Hardee County Economic Development Director Bill Lambert says, and was going to turn it into a call center. But that project fell through. Lambert says the timing turned out to be right for Innovar: The county had the space, and Innovar hadn’t found a suitable place to have a factory, turning up nothing in either Sebring or Okeechobee.

“This has potential to be really good for the company, Wauchula and Hardee County,” Lambert says. “It seems like they have a really good idea.”

The build out of the Wauchula facility, and other investments into Innovar, Davis says, will surpass $1 million. Davis is president and owner of the company; he declines to name the company’s private investors and partners.

Company officials expect to have around 50 employees in the factory to start with, when it opens in April, and 100 total by December. “We want to have significant production there by the end of the year,” Blaikie says.

Davis expects to make at least 20 shipping container homes a month when it’s fully operational. Prices per home vary for each client, depending on scale, volume and customization, Davis says, and can be anywhere from 20-50% off the cost per square foot of traditional construction.

Innovar, says Blaikie, who doubles as a financial services representative in Sarasota, specializing in benefits and 401(k) programs, has received orders from a variety of customers — prior to the factory opening. The list includes recreational rental models for RV parks, accessory dwelling units of residential backyards, commercial educational buildings and multifamily affordable housing developers. Blaikie has been talking up Innovar’s products to his network and area groups, such as the Gulf Coast Builders Exchange.

“We have a really great product, and it should be in hot demand,” Blaikie says. “When I tell people about it, they say, ‘Wow, you should talk to so and so and so and so.’”

Davis, meanwhile, comes to Innovar with two major motivations — one market-based, one personal.

On the former, the idea for Innovar goes back to conversations Davis had with some friends on one topic: solving, or at least reducing, the region’s affordable housing crisis. In running youth shelters and his church, GraceLife Sarasota, Davis sees the issue nearly everyday in families living paycheck to paycheck. “These [shipping container homes] would be for working class poor,” he says. “People who can’t afford a decent place to live.”

Davis and his group initially looked into developing a multifamily project, near downtown Sarasota, to provide affordable housing. They looked at one site, in the $200,000 range and zoned at 25 units an acre. When the city changed the zoning to 75 units per acre, ostensibly to provide more affordable housing, the price of the land soared, he says, to more than $3 million. That priced out Davis and his group.

“The most difficult part in building housing is the land,” Davis says, adding that’s why he chose to chase the construction side of the industry, not development. “Sometimes government does things with good intentions but it ends up having the opposite effect.”

The couple, in their early 60s, bought three lots in Englewood, south Sarasota County, and then bought three used shipping containers. Over two years or so, from 2016-2018, they turned the containers into a home, from permits to plumbing. An engineer, Bill Birkholz says Sarasota County officials told him their home was the first-ever shipping container-permitted home in the county. Between land and build out, it cost the couple about $110,000.

“Anyone can do this, but you have to be willing to shed a lot of your belongings,” Birkholz says. “For us, we knew we wanted to get down to the things that really matter.”

The Birkholz’s bought the trio of used shipping containers from a dealer in Bradenton for about $1,200 apiece. The containers were then shipped to Englewood, where a crane operator placed them on the land. The couple did most of the work on their own, on nights and weekends, commuting from a home in Venice. Birkholz hooked up electrical, HVAC and water himself and hired someone to finish the drywall, after the couple hung it.

The final product is a triple-shipping container home. It’s 960 square feet of living space, going 40 feet long, eight feet wide and nine and a half feet high. Plenty of room, Birkholz says, for him, his wife and their three dogs. They moved in in October 2018 and continue downsizing, going from 20 pots and pans, for example, to one of each. “I’m still debating about whether to get rid of my vinyl collection,” Birkholz says.

Accolades have poured in for the house, especially after it got widespread social media attention in early January, when it was featured in a Sarasota magazine spread. “We love it more and more every day,” Birkholz says. “It’s a great fit for us. We absolutely love it.”

(This story was updated to reflect that Bill and Kathryn Birkholz hung thr drwayll in the home.)

Davis emphasizes that although homelessness is also a communitywide issue, Innovar wasn’t built to address that. Innovar, he also stresses, while he hopes it tackles a major problem, isn’t a philanthropic solution to affordable housing. “I’m a free-market, libertarian kind of guy,” Davis says. “Our vision is benevolent but this remains a for-profit vision.”

Davis’ Innovar vision is also highly connected to a personal tragedy: the 2007 death of he and his wife’s then 18-year-old daughter, Sarah, killed in a car crash a block from their home. That was when the family lived in Queens, New York City. Before that time in New York, Davis was a pastor at the Covenant Life Presbyterian Church in Sarasota, and soon after the accident the family returned to town. Davis bought a shuttered nightclub/restaurant on South Tamiami Trail in Sarasota and turned it into Sarah’s Café by day, a youth shelter by night. The restaurant side, Davis says, hired at-risk teens and paid out some $300,000 in wages to area youths over several years.

“When you lose a child, it’s the worst thing you can go through,” Davis says. “But one thing I learned from my wife is when you have one foot in eternity and one foot in this world, it frees you up. You can live your life with so much more courage and do things you never thought you could do before.”

A go-forth mentality like that is crucial for Innovar to make a dent in an established market like homebuilding.

One company, south of Innovar in Naples, is attempting a similar disruption. That business, Galexa, founded by TV studio entrepreneur Chuck Ardezzone, makes and sells a panel for walls of single-family or multifamily structures that contains a proprietary resin and fiberglass mix. That mix, Ardezzone says, can withstand up to 250 mph winds and is noncombustible. Galexa recently opened a 15,000-square-foot facility in Naples, and Ardezzone says the firm has about 160 orders.

But breaking into the industry requires persistence, Ardezzone says, adding that he looked into shipping container homes for a business but decided the reengineering was too complicated and costly. The walls business remains a work in progress, even with his early momentum. “The toughest part is educating potential buyers,” Ardezzone says. “It takes a lot of time.”

Davis acknowledges customer education and marketing, in what he calls a “hand-to-hand combat” strategy, is a core challenge. Another in-front-of-his face challenge? Finding and training the right people to staff the factory. “We need to be able to do this fast and efficiently,” he says.

Another challenge is supply chain — making sure all parts and materials are on hand to meet demand. Davis recently hired a purchasing manager to oversee that task.

One final issue: the sheer unknown of selling something without an already defined customer base. “Part of the risk is there’s a lot we don’t know yet about this,” Davis says.

“If this thing doesn’t work,” Davis adds, jokingly, “I may end up living in one of these houses.” 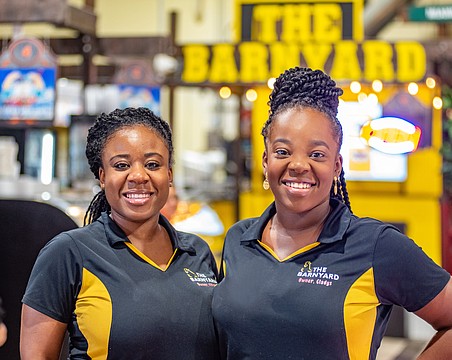 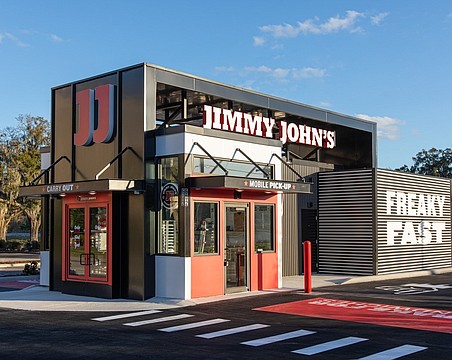 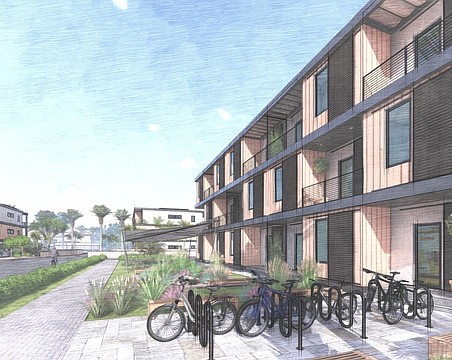 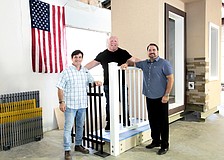 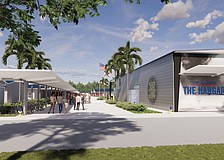 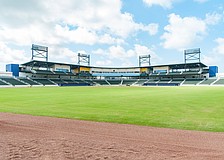 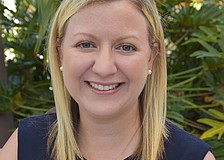 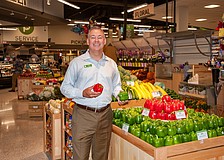