Born a year before the Great Depression, William Harrison was a bundle of constant curious energy his entire life.

In high school, for example, in north Manatee County, he not only played football but he also played in the band — at halftime of games. Later in life, Harrison helped guide the board of the Sarasota Opera, a significant fish-out-of-water moment for a fourth-generation Floridian whose leisure comfort zone was fishing and hunting. Harrison also learned a new style of fishing in his 50s — catching lobsters in the Keys — and turned it into annual family tradition. Even at 91, Harrison attended two Florida Gators college football games in person last season, a passion that goes back to the 1940s.  (He also attended all three Gator National Championships in person.)

“He was not someone who liked to sit inside and watch TV,” says his son, William Thomas Harrison III. “He loved being outside, and he loved being around people.”

“He will be missed,” adds the younger Harrison, one of four children William Harrison and his wife Kitty had, with all four passing the bar exam. “We wish we had one more day with him, but we sure had a lot of them.”

A private funeral for William Harrison was scheduled for Aug 17, and a celebration of life will be scheduled at a later date. The Williams Parker law firm also planned to host a life celebration over Zoom. Donations in Harrison honor may be made to Sarasota Memorial Healthcare Foundation.

In a distinguished legal career, Harrison’s long-standing accomplishment was helping to grow the firm he worked at for nearly 70 years, Williams Parker Harrison Dietz & Getzen. Harrison started working at the Sarasota firm soon after he served in the Korean War, where he was a first lieutenant of a field artillery battery. In 1955, Harrison recruited his friend George Dietz —  a fellow UF alum and Korean War veteran — to join the firm. Both spent their entire careers there. (Dietz died June 21, at 91.)

Harrison’s passion for the law came from his father, Bill Sr., who was a circuit judge in Florida from 1923 to 1959. The young Harrison often joined his dad on the circuit, going from Manatee County south the Everglades City, and east to Lake Okeechobee.

Harrison represented a long list of high-level clients, including the Busch family, of the Anheuser-Busch beer company.  At 26, in 1954, he was named general counsel of the Sarasota County Public Hospital Board. He would remain in that role for nearly five decades, guiding what’s now a nationally-ranked hospital system through some turbulent fanatical periods. “Sarasota Memorial would not be here if not for Bill Harrison,” says Williams Parker President Ric Gregoria, one of the many attorneys Harrison mentored.

Longtime friend and law firm colleague Dan Bailey worked alongside Harrison for 45 years, and calls him one of the most influential people in his life. “He was just a great guy,” says Bailey,  fondly recalling hunting and fishing trips, where Harrison, ever curious, would show off a tech gadget he said would help him catch more fish. “He was solid.”

Gregoria worked under Harrison for 30 years, saying he was the kind of person who listened first and didn’t talk over anyone and considers him a “true southern gentleman.” So much so, says Gregoria, it took 20 years for Harrison to say ‘you can call me Bill, Ric.’”

Gregoria also learned a valuable life lesson from Harrison, one he uses today and tries to impart to other firm attorneys: humility. One case they worked on together, recalls Gregoria, they had the opposing counsel, who had been aggressive, boxed in on a legal issue. Harrison talked Gregoria out of gloating and bragging too soon. “He said, ‘always give people enough rope to either climb out of the tree or hang themselves,’” says Gregoria. “Keep your powder dry, and sit tight. And be gracious.” 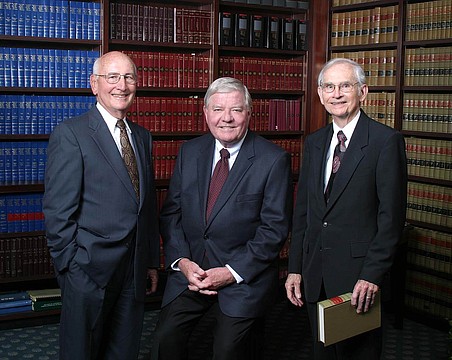 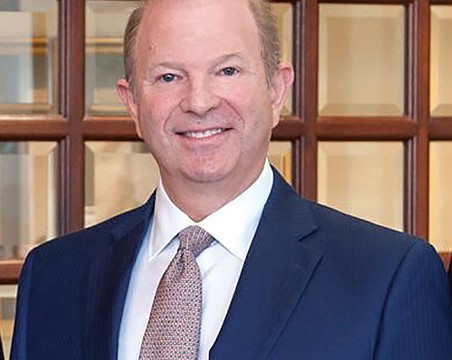 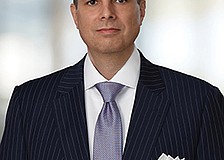 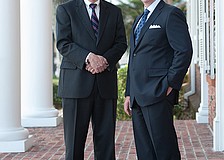