Manufacturers across the region are responding to the coronavirus crisis in a multitude of ways, with innovation, and generosity, at the forefront.

The Defense Production Act can compel U.S. companies to use their facilities and resources to make medical and other supplies needed to combat the coronavirus pandemic. But on the west coast of Florida, manufacturers and other entities, proving the axiom that the private sector often does things faster than the government, are taking it upon themselves to pitch in.

Breweries and distilleries are switching from booze to hand sanitizer. A handbag manufacturer is churning out protective facemasks. A shower door and glass company is offering to make protective glass enclosures that retailers could use at checkouts.

Others, of course, like Micro Matic in Brooksville, a maker and distributor of parts for bar and restaurant beer-dispensing systems, are just trying to figure out how to keep their doors open and paychecks in the hands of workers.

“It’s challenging for everybody,” Micro Matic President Cian Hickey says. Given the nature of its business, Hickey thinks it’s unlikely that Micro Matic will repurpose its manufacturing capabilities to produce medical supplies. But he doesn’t rule anything out, saying the firm could produce “stainless steel facemasks,” if needed.

“We don’t necessarily have the same synergies and flexibility” as other manufacturers, Hickey adds, but says he “absolutely” views keeping workers employed as a way Micro Matic can do its part to stem the tide of economic woe. “Our commitment is to try to limp through this and make sure we don’t impact any of our full-time staff.”

In Fort Myers, meanwhile, Bill Daubmann, president of MY Shower Door/D3 Glass, a $17.8 million company with clients nationwide, is ready to launch production of custom-made glass health guards. The health guards can be installed in register aisles, at cashier counters and in food areas. Office spaces can also be fabricated with large glass panels, says Daubmann, whose firm opened an $8 million, 60,000-square-foot headquarters and manufacturing facility off Alico Road in Fort Myers last year.

"We have the capabilities to do a lot of things with flat glass," says Daubmann, a Business Observer Top Entrepreneur in 2019 who has sat in on some Lee County conference calls connecting hospitals and other entities with companies that can help supply products. "We are putting it out there that we have a solution. We will work with anyone who has a need."

Thankfully, so far, there hasn't been a run on glass like there is with toilet paper. Hand sanitizer, too, has been nearly impossible to find on store shelves in the wake of the COVID-19 pandemic. Hospitals and nursing homes are in constant need of hand sanitizer, too. Sensing an opportunity, Gulf Coast beer and liquor makers have sprung into action.

Trend. Repurposing machines and employees to help with the coronavirus pandemic response

In Clearwater, Big Storm Brewing has applied for a federal distillation license that, if granted, will allow it to produce between 50 and 100 gallons of ethanol per day that will be packaged and sold to government agencies, hospitals, medical offices, first responders and other organizations in desperate need of the product. In the meantime, the brewery has already been pumping out a liquid-based hand sanitizer spray that’s being made in accordance with World Health Organization (WHO) standards.

Big Storm co-owner L.J. Govoni says the U.S. Tax and Trade Bureau has been working overtime to speed up the application process for companies like his that want to repurpose their manufacturing capabilities.

“They’ve really cut the time down,” he says. “They’ve waived a bunch of regulations right now, saying, ‘Listen, as long as you’re following this standard and this standard, we’re going to allow you to do it without jumping through all the hoops and going through the standard licensing [process].’ So we’re hoping to legally fire up our still and start producing ethanol.”

But repurposing isn’t as easy as flipping a switch, Govoni says. Big Storm will “definitely have to spend money on installation, procuring raw materials and bottles and everything else.” The brewery will also have to invest in training for staff members who’ll be producing hand sanitizer. Luckily, though, the brewery had already purchased a still and had been preparing for a foray into the spirits market.

Once the hand sanitizer line is up and running, it will likely produce just one product: one-gallon batches packaged in single-use jugs.

“Our core competency is not chemical manufacturing,” Govoni says. “Our core competency is fermenting a liquid and packaging it sanitarily into vessels for consumption. We think our core [hand sanitizer] customers are going to be construction sites, hospitals, doctor’s offices … so we’re just going to stick to one particular size, stick to what we do best. There’s no reason to have five different sizes or SKUs for us to package.”

Big Storm beer customers need not fear, however: even with hand sanitizer and, eventually, liquor rolling off the production lines, the ale won’t cease to flow.

Timing, they say, is everything, and while Govoni, like all of us, wishes the coronavirus pandemic had never come to American shores, it has spurred firms like his and other individuals to innovate.

One example is St. Petersburg College Humanities and Fine Arts Chair Jonathan Barnes, who, according to a statement, is using 3D printing technology to create face shields for health care workers. Barnes started using his personal 3D printer to create the face shields when he discovered a friend sought face protection for his job as an emergency room physician in Ocala.

Barnes found an open source design for a face shield from a Czech company, Prusa, which makes 3D printers. He tried one, made a few tweaks, and then went to work, the release states. After the machine makes it, he moves to hands-on production. "The clear part is mylar stencil film, which is hand cut, and the holes are punched with a three-hole punch I modified to make it a little quicker,” Barnes says in the statement.

Barnes will continue to make and donate the shields as long as he has materials. “It seems like the right thing to do,” he says. “Those people are the front line heroes going into battle without proper equipment.”

Gretchen Bauer, owner of Sarasota high-end handbag manufacturer BSwanky, has also shifted to the facemask needs. Bauer had to furlough her three manufacturing employees — more out of social-distancing concerns than lack of sales. (She says she sold five bags with prices of at least $1,400 each in the past two weeks, online and in boutiques in the Hamptons and Florida.)

In addition to Clearwater-based Big Storm Brewing, which also has taprooms in Odessa and Cape Coral, booze slingers across the region are stepping up to help stop the spread of the coronavirus.

List Distillery in Fort Myers already produces its own line of hand sanitizer and will fill up customers’ empty bottles, free of charge, up to 50 milliliters.

In St. Petersburg, Kozuba & Sons Distillery has halted all liquor production, tours and tastings and turned its focus to turning out hand sanitizer product made from a spirit that would normally be used in vodka. The product will be made in accordance with World Health Organization (WHO) hand sanitizer formulation recommendations, the firm states in a press release.

Although it had to lay off staff and is facing revenue losses in the 80%-95% range, 3 Daughters Brewing, also based in St. Pete, has not closed its doors. Instead, it’s open for retail sales of prepackaged beer and is shifting to hand sanitizer production. It’s a similar story at Motorworks Brewing and Darwin Brewing, both based in Bradenton, as well as Loaded Cannon Distillery in Lakewood Ranch and Sarasota-based Drum Circle Distilling, makers of Siesta Key Rum.

The CEO of the Pines of Sarasota, Mike Ward, approached Bauer on March 23 with an idea: Can she use some of the BSwakny materials and machinery to produce facemasks — personal protective equipment — for the staff at the Pines? A nonprofit senior living, nursing home and rehabilitation center with some 250 residents and more than 400 employees, the Pines, like many of its peers, desperately needs facemasks.

Bauer and her team jumped at the chance to help. She contacted her suppliers and received 60 yards of scrub material and 100 yards of elastic — hard to find materials. By March 24 the employees, working from home, began making the facemasks, up to 100 a day for the Pines. An executive with Aviva, another nonprofit senior living community in Sarasota, has also been in touch with Bauer about getting facemasks.

An interior designer in a past business life, Bauer moved to Sarasota from the Philadelphia area in 2012 and founded Bswanky in 2018. Given her background in design and fashion, the Bswanky facemasks won’t just be protective — they will look sharp. “They will be the most perfect masks you’ve ever seen,” Bauer says. “They will be awesome.” 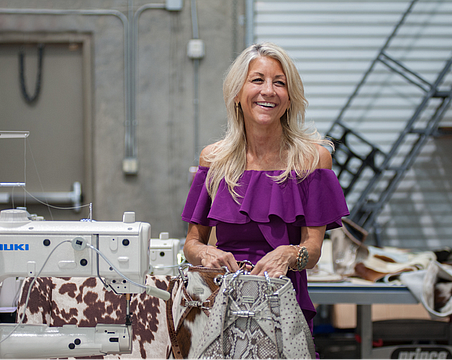 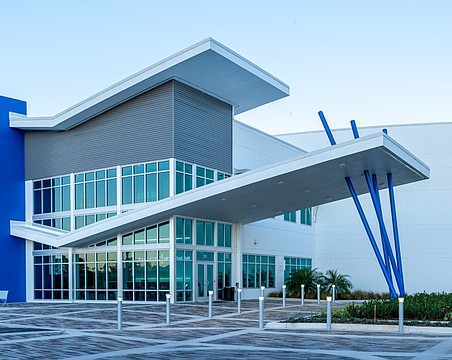 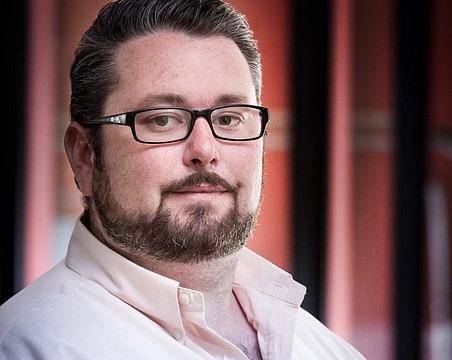 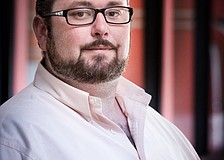 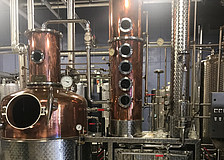 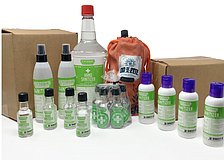 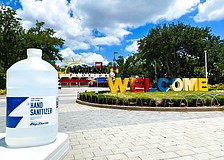 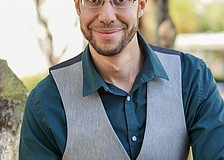