Now into its third decade, a time when many Class A buildings both show their age and slip from premier status, the 12-story One Sarasota Tower continues to shine as one of downtown Sarasota’s signature office locations and a landmark tower throughout the Gulf Coast.

The 2 N. Tamiami Trail’s impeccable location is one reason — it’s walking distance from the city’s Ritz-Carlton, Sarasota Hotel, a plethora of downtown restaurants and other amenities, and offers a stunning waterfront view of the Gulf of Mexico.

The 137,139-square-foot building’s upgraded finishes and amenities, including a connected six-level parking deck with more than 400 spaces, is another, which in turn attracts top caliber tenants — despite rental rates in the mid-$30 per square foot range, some of the highest in Sarasota.

But at the heart of One Sarasota Tower’s allure is landlord and property manager Icorr Properties International, which has owned and overseen the ocean blue glass-skinned building since 1992, four years after its completion.

“We’ve had two core philosophies that have ruled the company since its creation,” says Ron Wolf, the firm’s president. “One is create more interesting spaces for tenants, and the second is keep up with your properties. Don’t wait for something to break before fixing it.”

But while that dogma often resonates throughout the industry, Wolf says Icorr’s other primary tenet is truly what differentiates it from the competition.

“We don’t consider ourselves to be in the real estate business,” he says. “We focus on providing a place to live, or work, or run a business, and we believe that if we can meet their needs everything else works. We look at who might occupy a space and how much can they afford to pay for it.

“We’ve made that our long-term focus, and we think it’s a very different concept than what can the real estate business do for us? What we do, first and foremost, is take care of our tenants, and as a result, we’ve had a number of our tenants in all of our properties for a long, long time.”

"It's been a wonderful building for us," says Teri A Hansen, CEO of the Charles & Margery Barancik Foundation, which has occupied roughly 1,700 square feet in One Sarasota Tower since July 2015. "The staff has been very helpful and the other tenants have been very nice. It's a good location with easy access and parking onsite, which helps our staff accomplish our mission."

Wolf and his father, Norton, a developer since the mid-1960s, began Icorr in London, Ontario, in the mid-1980s, a time of turmoil, defaulted loans and real estate-owned (REO) portfolios throughout North America.

In the beginning, the company focused exclusively on property management primarily of apartments and offices from west of Toronto down to Detroit, becoming the “manager of choice” for numerous lenders besieged with unwanted properties taken over through foreclosure.

Wolf and his wife discovered Sarasota in the early 1990s during a vacation to Florida, and investments followed. At the time, Sarasota resembled Canada’s London, Wolf says, which heightened his comfort level for potential investing along the Gulf Coast.

“We felt there was a lot of potential in Sarasota,” Wolf says. “It had a vibrant arts scene, it had the foundation of good governance, and it wasn’t a bedroom community for another city. It had a lot of what we felt were the right pieces. In hindsight, the city has turned out to be spectacular given where it came from back then.”

Since it was familiar with REO properties from managing them, Icorr began approaching lenders eager to make deals.

One was Mellon Bank, which had taken over One Sarasota Tower after its developer was unable to keep it afloat. Icorr acquired the building in January 1992 for $7.5 million, according to Sarasota County property records.

“We felt then it was an exceptional design, a very forward-thinking and looking building,” Wolf says. “And that’s why I think that to this day it’s still a very modern looking building.

“The floor plates in One Sarasota Tower are a beautiful size because they have a high linear footage relative to the windows and the subsequent interior space,” he adds. “As a result, there’s a lot of light that gets in, and it allows for a spectacular view of the harbor nearby.”

In keeping with its core philosophy, Icorr has invested millions of dollars — more than it cost to buy the building, Wolf says — to maintain and upgrade One Sarasota Tower over the past quarter century.

Most recently, the landlord spent seven figures to make the building’s exterior windows more shatter proof in the event of a major hurricane.

Two years ago, it spent a similar amount to upgrade the building’s elevator system and before that, more than $1.5 million to improve One Sarasota Tower’s heating, ventilation and air conditioning systems.

“We want very much to sustain One Sarasota Tower as the premier office address in the city,” Wolf says. “To do that, we’ve had to invest capital.

“But for us, because we look at our business as serving the clients who operate there, it’s easy to justify investing in the building. When you do that, profitability happens. We don’t have a committee we have to go to, we don’t have to get approvals from our board, and that’s why every dollar we invest produces a return.”

The investments have also generated appreciation. Earlier this year, the Sarasota County Appraiser’s Office valued One Sarasota Tower at $28.7 million, according to its website.

The building also has managed to attract a second generation of top-tier tenants, including Cumberland Advisors, Raymond James & Associates, The Patterson Foundation and the Charles & Margery Barancik Foundation.

“One Sarasota, and all the properties in Icorr’s portfolio, are well positioned with good locations, they’re extremely well managed and as a result are consistently full,” says Ian Black, founding partner of Ian Black Real Estate, a Sarasota commercial real estate brokerage firm.

Black also worked as Icorr’s chief leasing executive prior to forming his own firm more than 15 years ago.

Seven years later, Wolf officially relocated Icorr’s headquarters to Sarasota, from Canada, to better keep abreast of its growing portfolio of commercial holdings here and to position the company for expansion.

Since then, Icorr has intentionally pared its management portfolio from 3.5 million square feet in the U.S. and Canada down to about 600,000 square feet.

And while it is primarily known in Florida for One Sarasota Tower, today the company owns eight retail properties in and around Tampa Bay and Sarasota — and is searching for more both to buy and manage.

“We’re very much looking forward to expanding, especially in the retail space from Tampa Bay to Sarasota,” Wolf says.

By 2025, Wolf hopes the company’s nascent real estate accounting practice, which since 2015 has been spearheaded by Wolf’s son, Adam, will gain even more traction with third-party owners.

He also plans to add properties capable of being improved to Icorr’s portfolio.

“We want to be best in class, especially for entrepreneurs and smaller regional retail chains,” he says. “A lot of national companies also do retail management, but we think we can do a better job — especially when we personally know the person who owns or runs the store and what they’re dealing with on a day-to-day-basis.” 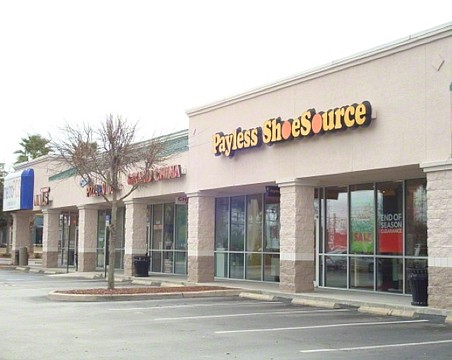 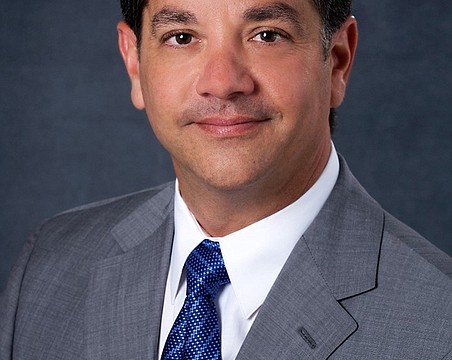 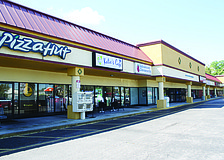 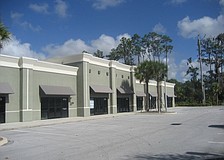 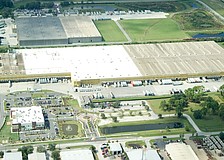 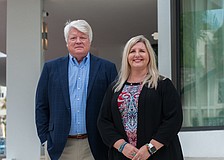