Redevelopment projects in blighted neighborhoods can be a hard sell for some developers. Joe Bonora takes the opposite approach.

Joe Bonora had reached a stage in his career when it was time to think about his next steps, and he felt a pull toward doing something meaningful. “The things that make me feel good are those projects where you’re really having a positive impact on people and are involved in a community, as opposed to doing things purely for economic gain,” he says.

That mission drove to launch Tampa-based Catalyst Asset Management in July 2018. The certified B Corporation focuses on transformative market-rate development projects that make use of local and federal government economic development programs like New Markets Tax Credits “It’s a for-profit company that’s got a mandate to produce a public benefit for society,” says Bonora, 40. “For everything we do, there’s got to be components of it that are for the greater good of the community.”

At the end of 2018, Bonora founded a second entity called Catalyst Community Capital. A nonprofit, it plans to finance projects in underserved or blighted redevelopment areas, providing capital for things like affordable housing, health care and community facilities and infrastructure projects.

“That will act as a catalyst to redevelop those areas and create jobs and provide services and infrastructure,” he says. “We’re working in partnership with community redevelopment agencies and economic development offices to help provide capital to projects that otherwise really wouldn’t get funding.”

The for-profit and nonprofit entities operate under a single Catalyst umbrella. For projects Catalyst will be either the developer or lender, but each side of the business draws on the expertise of the other. The six-employee firm has goals to grow the total assets of Catalyst Community Capital to $100 million in the next 18 months and $250 million over the next five years. Catalyst Asset Management, meanwhile, is expected to have $150 million in assets within 18 months.

These community-focused endeavors build off of Bonora’s previous experience as a founder of Aileron Capital Management, a Tampa-based lending and development firm that’s utilized some of the same government programs as Catalyst for market-rate projects. Bonora still owns a third of that company. But he was ready to go out on his own with a new socially driven mission.

“I’ve been involved in and helped create a bunch of interesting financing programs and development projects, which helps you build a certain skill set,” he says. “I’m using that now for doing nonprofit and community work, and there’s a need for it. For me there’s something inside that compels me to do something impactful I can be proud of.”

Catalyst’s geographic reach for development projects stretches from Tampa to Naples and over to Orlando, with a lot of work in Fort Myers recently. City Walk is its first big project there, on a downtown site off McGregor Boulevard that sat vacant for years. The mixed-use development with 318 market-rate apartments and commercial space broke ground in October and is expected to be completed around June 2021.

Michele Hylton-Terry, executive director of the Fort Myers Community Redevelopment Agency, has already seen the transformative impact of that project. Two other high-end apartment projects from other developers—Vantage and Silver Hills—have since followed. It definitely is encouraging others to start investing in the city,” says Hylton-Terry.

It also proves Bonora’s point. “Our thing is you come in and do the first project and prove out that it can work, and that gives confidence to other developers and businesses to come in,” says Bonora. “You have to have someone who will pioneer it.”

Hylton-Terry previously worked with Bonora on Aileron projects in Fort Myers like the Grand Central complex near Page Field, which features 280 market-rate apartments and an already bustling retail component home to a popular Krispy Kreme location. “They have totally transformed an old mobile home park on U.S. 41 and turned it into a very beautiful, upscale apartment complex,” she says. “It transforms that area.”

Through this and other Aileron projects in Lee County like Channelside, Bonora’s learned how to assemble the complicated components of these kinds of developments. “Joe has experience layering complex government programs, such as HUD 221d4, nutrient storm water credits and SBA 504 loans to finance challenging projects,” says Dana Brunett, senior business development specialist at the Lee County Economic Development Office. “This has allowed projects to move forward, such as Grand Central and Uptown at Liberty Park in Cape Coral, that would not have been successful without layered financing.”

The familiarity that Bonora, who grew up in Cape Coral, has with Lee County made it an ideal place to launch his new venture. “This area has got a ton of potential, and I really enjoy working in this market,” he says. It’s also a slightly smaller market where his new business won’t face as much competition from big national firms as it could in a larger city.

What’s next? Catalyst is in the planning stages of a mixed-use project that will include workforce housing and a community center in the Midtown area of Fort Myers. “That will be a really cool project and what we think would be the kickoff to the Midtown redevelopment that’s been a focus of the City of Fort Myers for the last couple of years,” Bonora says.

Catalyst was also recently chosen by the Lakeland Community Redevelopment Agency and City Commission to develop a 1.49-acre, city-owned site in downtown Lakeland. It plans to create both market-rate and workforce housing there along with commercial space. “It will address needs in the downtown area, and we’ll be incorporating our background and expertise in financing to pull in some tax credits and other sources to provide those community benefits as part of the overall project,” Bonora says.

On financing, Catalyst Community Capital is working on getting certified as a Community Development Financial Institution, which will give it access to more capital and resources to fund projects. “It will give us the ability to really scale up,” Bonora says. “We’re going to aggressively grow this organization. We think that with scale comes greater impact, and as we grow we have the ability to do more and bigger projects that will really have an impact.”

Hylton-Terry sees the potential for the kind of funding options Catalyst Community Capital can offer in places like the Dr. Martin Luther King Jr. Boulevard Redevelopment District in Fort Myers. And she credits Bonora for putting it all together. “Joe is brilliant, and he’s willing to take a risk that I have not seen others take,” she says. “His leadership in this area is going to really take us over that next hurdle for some of these other redevelopment areas.”

Bonora sees the potential for Catalyst to expand beyond Florida, but he’s in no hurry. “Before we start looking to expand, we want to focus on the state and really start seeing projects develop,” he says. “How you impact and affect change is by focusing on an area and putting resources into it, and then you really start seeing results.”

He isn’t daunted by marrying the for-profit and nonprofit worlds and understands how they can both play a vital role in transformative community change. “When a project is focused on impact first and returns second, it’s a different way of doing things,” Bonora says. “While challenging, it’s also kind of refreshing and helps reinvigorate you. It’s just a different mindset. Not to say that economic gains aren’t important. To be sustainable and really have the maximum amount of impact, you have to do things to get a return. Then you can reinvest that return into the mission.” 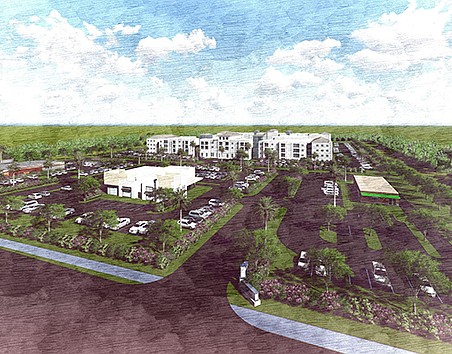 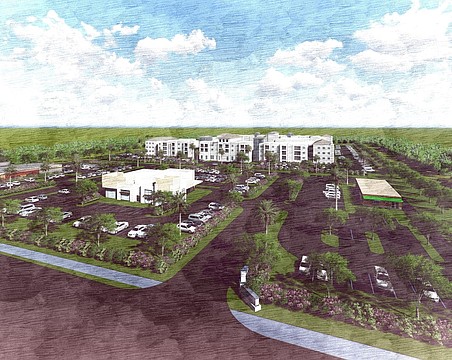 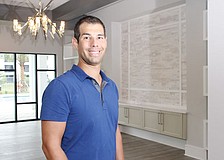 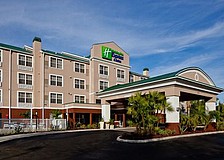