Commercial contractor builds business by advocating for its clients, striving to always do the right thing and instilling a culture of ethics. Returning phone calls doesn’t hurt, either.

What the three plants comprising 360,000 square feet of office and manufacturing space and $19.4 million in construction costs have in common is the general contractor building them: Fort Myers-based Chris-Tel Construction. It's a 30-year-old firm founded by owner and president Howard Wheeler at age 22 as a one-man, high-end residential renovation company.

Key: Growth through professional relationships, reputation and “do the right thing” culture.

Wheeler, who has since grown Chris-Tel into a 35-employee contracting company specializing in commercial, industrial, multifamily, educational, institutional and civil construction, sees more opportunity in the region’s emerging industrial area. “We are humble enough to say we are thankful for the ones we have, but it looks like there are an awful lot of empty lots out there to me,” he says.

He’s right. There are hundreds of developable acres between the parallel Domestic Avenue and Lee Road and, farther to the east, Oriole Road and Three Oaks Parkway. It’s an area that provides quick access to U.S. 41, Interstate 75 and the airport. On Domestic, Chris-Tel has completed the world headquarters of Newcastle Aviation; next door has constructed the first phase and is building an expansion of Eastern Metal Supply; and adjacent to that is wrapping up construction of the My Shower Door/D3 Glass headquarters and manufacturing plant.

Wheeler secured those contracts in the same manner he has grown his company, by implementing a simple business model: do the right thing and return phone calls. It has resulted in referrals from a network of real estate agents, bankers and satisfied clients. In addition to those simple steps, Wheeler has an opportunistic mindset, which allows the company to remain nimble and pounce on potential projects and possible new hires.

“We do the right thing based on the clients’ need regardless of profit or loss,” says Wheeler. “If it costs us money to do the right thing, we just do it. We put money behind the quality of the product the customer hired us to provide, and you would be surprised how the customers and bankers and Realtors talk to each other.”

And when some clients get money back from a general contractor at the end of a job, that really gets them talking. Chris-Tel guides clients through the design and budgeting process, basing its subcontractor recommendations on value rather simply on price. It also clearly separates its own fees from the project budget.

“When we put, say, a million-dollar project together and we ended up spending $50,000 less than our budget, we give the owner $50,000 back,” says Wheeler. “It’s their money. They paid us our fee to do our service and we did it. In the process we saved $50,000, so here you go. We’ve given millions of dollars back over 30 years. They wouldn’t even have known it was there, but they sure talk about you when you give it back.”

Thanks partly to the Domestic Avenue projects, Chris-Tel is poised for revenue growth of 50% to 60% in 2019, Wheeler says. While not disclosing specific revenue figures, Wheeler says the company grew by 60% in 2018. Creating the capacity for that growth began in 2015, when the company began doubling the staff to its current level.

Adjacent industrial projects on Domestic Avenue built or being built by Fort Myers-based Chris-Tel Construction include:

Helping position the company for growth was a 10-year contract to restore the Edison and Ford Winter Estates near downtown Fort Myers, a project that began in 2003 that, in addition to civil and municipal contracts previously secured, carried Chris-Tel through the recession mostly unscathed.

Talks with Eastern Metals for the first phase of its plant were also underway during the downturn. Chris-Tel’s restoration expertise was also tapped for a project to restore the original manual scoreboard from Fenway Park so it could be adapted and installed at JetBlue Park, in addition to other work at the Boston Red Sox spring training facility. And in 2015 Chris-Tel led the $48.5 million renovation of Hammond Stadium at Century Link Park, spring training home of the Minnesota Twins.

All that, Wheeler says, as local contracting firms were being absorbed by larger companies during the recovery, with some of their key personnel making themselves available. Until 2015, Wheeler had grown the company cautiously, and was known as a go-to contractor for jobs up to about $8 million. He seized on the opportunity to expand its reach.

“I approached some of them and shared with them my vision for this company,” Wheeler says. “I hadn’t done that before because I wasn’t going to get out ahead of what we can perform. A lot of people key to our company now came on board who had that larger project experience that Chris-Tel had not done previously, and our customers that were existing companies that built both large and small projects began bringing us their larger projects. It was all about having the right people and who can provide that service.”

Chris-Tel Manager of Marketing and Public Relations Mollie Scott was among those new hires in 2015, at that time the company’s 16th employee. Among her first priorities was to shift the stereotypical narrative of the general contractor.

“When I came to work here, I came from a structural engineering firm, and when I told them I was going to work here they said, ‘Oh, you’re going to the dark side,’” says Scott. “They were just kidding me, but at the same time that perception exists.”

Doubling Chris-Tel Construction in both staff and revenues over four years meant countering that perception. Even with the firm’s reputation in the market, some clients, Scott says, begin with an adversarial posture.

“We have customers who come to us with their guard up right away,” says Scott. “Sometimes you can turn that conversation around, and sometimes you just can’t.”

Adds Wheeler, “I think it's a shame our industry has players in it that create that environment. I won’t say I am thrilled it exists, but it certainly makes it easier to be in complete contrast. There is a benefit to the perception of the industry when we come in and other people say, ‘Hire this team.’”

That contrast begins at the consultative level. “We don’t do a contract based on an adversarial relationship like the old-style general contracting, which was, this is my bid, this is what you will get, and if it’s not on there you don’t get it or I change order you to death," Wheeler says. "We want to be part of the owner’s team that comes up with the solution, that comes up what a real budget that works with their needs, and understands what their pain would be for changes and time extensions so we can eliminate all that.”

An example of the model in the field is My Shower Door/D3 Glass, set to begin moving in to its new headquarters and manufacturing plant in June. Owner Bill Daubmann previously knew Wheeler through a mutual interest in flying in and out of Page Field in Fort Myers. They reconnected while Daubmann began to develop plans for expansion and relocation.

“He built Eastern Metal just north of where we are going to be, and it’s a similar business to ours,” says Daubmann. “We walked through their building, we liked it and we met with the owners about how things went. Howard has a really good team that goes from estimating all the way up through purchasing. We had our groundbreaking Nov. 28, they poured the concrete Dec. 10 and we’re ready to move in. They’ve been right on target the whole time.”

Another key to Chris-Tel's success is a loose and casual atmosphere that builds employee camaraderie and goodwill. Wheeler, for one, regularly holds staff social events and rents limos to take employees to awards ceremonies. The annual company Christmas party is held at the same downtown restaurant every year because it is a short walk from there to Wheeler’s home, where he hosts an after party.

While the culture is focused on fun, it is also infused from the top down with the seriousness of doing the right thing. By the time Wheeler gets to an actual interview with prospective employees, their credentials for the job have already been thoroughly vetted. At that point he is more interested in how they will complement the culture.

“We are working to change the narrative of the public perception of what a contractor is, what a construction manager can do for you and the whole image of contractors in general,” says Scott. “We look to our employees to help change that narrative. When they are interviewing, we ask questions about ethics and if they don’t answer correctly, they might not be the right person for us.

It’s that attention to detail and doing the little things, Wheeler says, that cultivates business; things like making a repair without charge, even if it is out of warranty but should still work. And, of course, returning a phone call.

“People can hire whoever they want,” says Wheeler. “Some of the best jobs I ever got were from people who had an aggravating little problem to solve and nobody would call them back. I got my first million-dollar job by doing a favor for a guy who needed to fix something at his house. It was a $4,000 job (where) nobody would call him back. His best friend was a building committee member at a church, and I got the job, just like that.” 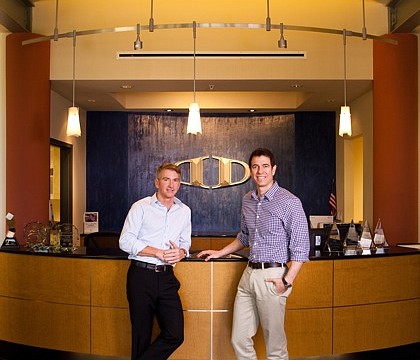 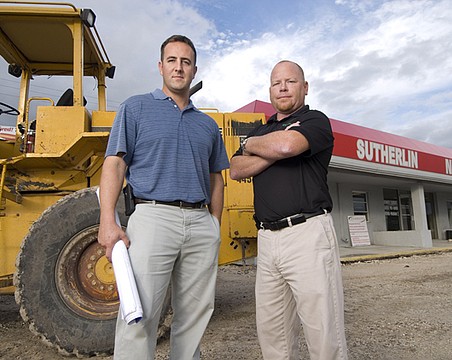 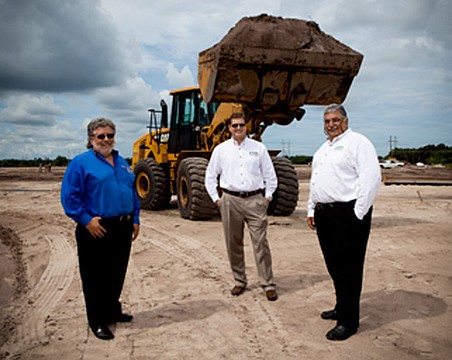 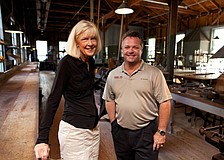 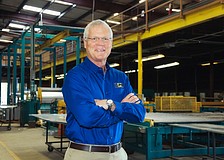 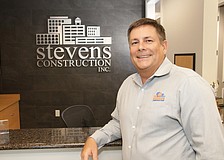 Building a business on a healthy diet 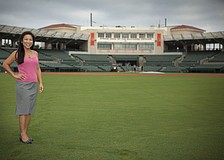