A Case for New

Mercedes Medical’s old offices — a hodge-podge trio of aging buildings the company had cobbled together to accommodate growth over the course of a quarter century — were so cramped that it had resorted to stacking boxes of medical supplies to be shipped in its conference rooms and containers to be unpacked from Asia and Europe in hallways.

But that sense of confinement ended abruptly in late December — two days after Christmas, in fact — when the company relocated to a new headquarters and distribution center in Lakewood Ranch.

The two-story, 60,000-square-foot building today houses Mercedes’ 77 employees, and features post-modern industrial design touches like exposed piping, an open office layout with a series of pods for teammates and room to grow.

“We really went from worst-case scenario to best-case scenario,” says Alex Miller, the company’s CEO. “It was a nice Christmas present for everyone.”

In keeping with the theme of change, the company’s name was altered, as well, to Mercedes Scientific, to reflect more of the product mix and customer base the 25-year-old firm has today.

Miller says she anticipated the new $10 million digs, designed by Flad Architects and built by Halfacre Construction, would generate better efficiency as employees would be better able to communicate.

“There’s less infighting now,” Miller says. “Sales had been isolated. Now, to have their enthusiasm here really helps everyone.”

To punctuate the point, spontaneous applause bursts out after on the office floor after one Mercedes team scores a potential sales victory.

“The move has affected the morale more than anything else, and that’s been a bit surprising, in a good way,” Miller says. “To have everyone in the same place, rather than spread out over three buildings, has been invigorating for the entire team.”

The extra room has helped, too.

“We appreciate how open, and clean and simple, the space is,” Miller says. “It feels a lot healthier, too. It’s nice to be able to spread out some for a change. The space was developed specifically for us, so we were able to get what we wanted.”

The spread has been good for Mercedes’ canine compatriots, as well. More than a handful of dogs come to work with their humans, hang out in cubicles and spend time on an outdoor patio. At least one — Puppy — freely roams around, protecting the front door and greeting visitors.

But Mercedes’ gains may pale in comparison to that of developer Lakewood Ranch Commercial Realty, an affiliate of the 31,000-acre ranch’s master developer and the company behind the 265-acre C.O.R.E. life sciences- and health care-themed business park of which Mercedes is an early anchor.

“As a distributor of medical-related supplies, they were the perfect fit. But their new building and the quality of the company should prove to the rest of the world that we’re looking for the best in category for the park.”

Mercedes’ new building is roughly three times the size of its old, primary quarters — and nowhere is it more evident than in the company’s new distribution space.

From a shell of concrete floors and walls with a 24-foot clear ceiling height and a half-dozen dock doors, Mercedes ships 1,000 packages daily, to every state, Puerto Rico and Canada.

Inside, Mercedes has installed a roller coaster-looking conveyor system for packages, tall metal racks to hold pallets of shrink-wrapped goods and massive ceiling fans to cool the space.

The warehouse also contains a 5,000-square-foot machine shop to refurbish old equipment with its own fresh air circulation and dedicated freezer space for delicate and temperature-sensitive supplies.

Like the balance of the new space, the machine shop is more than twice the size of the one in Mercedes’ old quarters on Commerce Court in Sarasota, which the company sold to the Asolo Repertory Theater.

“I drove by the old facility the other day and felt like, compared to our new space, it looked like a two-car garage,” says Troy Barnett, Mercedes’ COO. “We made a lot of good decisions along the way in designing this new place, and this really is the right place for us. We’re poised for the future.”

Perhaps not surprisingly, though, not all of the bugs have been worked out, as yet.

Though the company’s warehouse technically has the capacity to ship six times as many supplies as it is today, it already feels a bit cramped, Miller says.

One possible fix is an option to acquire a 3.5-acre parcel adjacent to the new building for additional distribution space, though Miller says the company also is studying sites in the Western U.S.

Then there’s the cost.

“This building pushes us financially,” Miller says. “We have a hefty mortgage now we didn’t have before, though in a way that helps keep us focused on growing, because now we really have no choice.”

The company, which generated roughly $45 million in sales in 2018 and has been part of the Business Observer’s listing of the Top 500 largest companies on the Gulf Coast for the past several years, hopes to hit 10% growth in revenue this year, as well.

“But to come to work now, I don’t miss the old building at all,” Miller says. 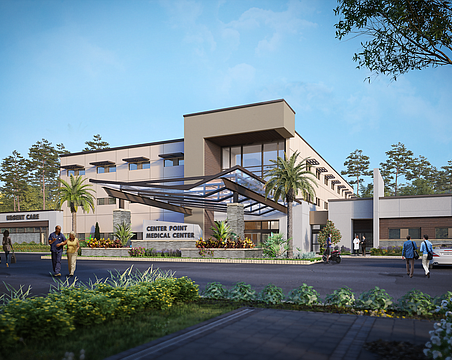 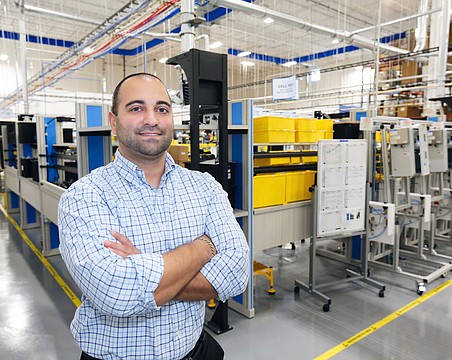 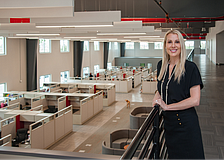 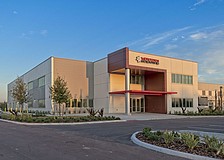 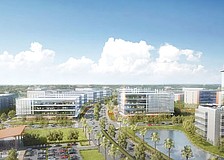