Naples startup processes millions of dollars in transactions per day with a one-of-a-kind fintech model. Market education is the next hill to climb.

Before Jacob Eisen begins to explain the business model of ConnexPay, he apologizes for having to “dumb it down." Not because the listener may not understand it, but because even his fintech colleagues often don’t.

“Our model is more confusing to people in our own industry, and it’s because what we are doing is not being done by anyone else in the world,” says Eisen, 36, partner and COO of the company co-headquartered in Naples and Atlanta. “We are the first truly combined merchant acquiring and issuing card solution in the world that we are aware of, initially focused within the online travel marketplace.”

'Our model is more confusing to people in our own industry, and it’s because what we are doing is not being done by anyone else in the world.' ConnexPay COO Jacob Eisen

In short, what that means is ConnexPay — launched in 2017 in part with a $355,000 initial investment by Naples-based Tamiami Angel Funds — provides a financial bridge between customers of e-commerce intermediaries, such as online travel agencies, and their travel providers, such as hotels, cruise lines and airlines. ConnexPay's technology eliminates pain points, particularly in providing the intermediary real-time access to funds needed to pay travel providers. That pain, without ConnexPay, says the company, is long: incoming credit card settlement times can be 24 to 48 hours — longer over weekends and holidays.

The ConnexPay software also ensures the travel intermediary fully pays vendors for customer orders placed through their platform. ConnexPay customers — intermediaries such as online travel agencies, tour operators and consolidators with annual sales from $100 million into the billions — can then save millions of dollars annually in merchant fees. That frees up cash reserves, which many banks require to mitigate perceived risk.

“(Banks) need tens or hundreds of millions in credit to float those payments,” says Eisen. “The intermediary has to pay the hotel or airline on their customers’ behalf. We are giving our e-commerce customers real-time access to their customers' funds so they can pay their suppliers and they don't need a line of credit or their own cash flow.”

How did they do it? The technology, which took some 18 months to build, is based on the foundation of relationships between Eisen’s 48-year-old partner, CEO and founder Bob Kaufman, and his 20 years of payments industry experience with U.S. Bank and its subsidiary, Elavon. Kaufman was previously the CFO of the payments division at U.S. Bank, before he managed the bank’s virtual card division. His former boss is an investor and director in ConnexPay.

“Bob had customers in the industry who approached him with this problem the intermediaries have,” says Eisen.

The partners then spent more than a year cultivating relationships with major financial institutions to back the transactions — even as they spent millions developing the software that seamlessly matches intermediaries’ payments from clients to their suppliers.

ConnexPay is backed by more than $7 million in venture capital from two well-known institutional investors, BIP Capital in Atlanta and an as-yet unannounced second investor. ConnexPay is an issuer of both Visa and Mastercard through direct brand partnership agreements and has partnered with industry leaders for core processing and fraud detection capabilities such as TSYS, Kount and Marqeta. Clients, including airline consolidators, tour operators and online travel agencies, represent millions of transactions per year and more than $10 billion in annual volume. Unlike intermediaries such as Travelocity, airline consolidators are authorized to sell airlines' tickets directly to customers.

ConnexPay earns transaction revenue on both the processing and credit issuing ends. “Today, only the biggest of travel agencies out there don’t have credit issues with their customers,” says Eisen. “Because we are playing both sides, we can lose money on one side of it if we make money on the other. Other credit issuers out there are just competing against each other, but because we have both sides of the transaction we are able to find large customers in both the U.S. and Canada.

Behind its brief track record of success since going live in late 2018, ConnexPay is scheduled to pitch a “top five” online travel provider to win more business. While not disclosing revenues, Eisen reports the company grew 100% month-over-month in April and May and is processing millions of dollars each day in total transaction volume. Eisen expects the company to be cash flow-positive this year.

Between its Naples and Atlanta offices, ConnexPay now employs 20, but is actively recruiting for both offices. It’s also planning to extend the platform to other e-commerce intermediaries outside the travel industry.

“Our solution works well throughout marketplace of e-commerce,” Eisen says. “The Amazons, Walmarts, Targets and online ticket brokers are all verticals where there is high volume and the companies are acting as intermediaries. We are working on that as we speak.” 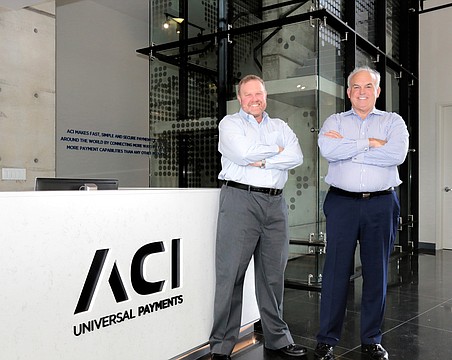 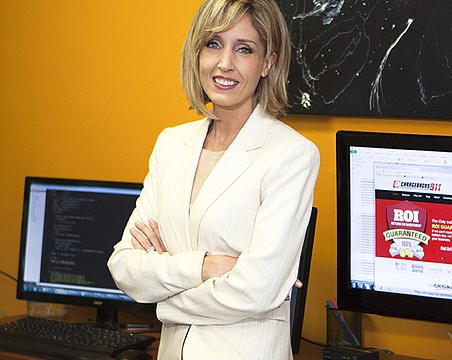 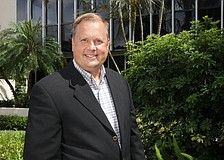 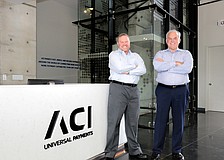 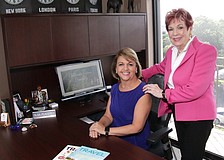