Water Street Tampa gets a high-profile anchor resident in 2019, when the University of South Florida’s medical school moves in.

A new era in a new neighborhood begins in 2019 for the University of South Florida’s medical school.

The USF Health Morsani College of Medicine and Heart Institute will be one of the first residents of Water Street Tampa, Jeff Vinik’s $3 billion, 53-acre, mixed-use urban development in downtown Tampa.

Issue: School is getting new home.

Why it matters in 2019: As one of the first institutions to set up shop in Jeff Vinik’s $3 billion Water Street Tampa development, the performance of USF Health’s Morsani College of Medicine and Heart Institute will be an early indicator of the district’s potential.

Some 1,800 students, faculty members and staff, plus 31 cardiovascular researchers funded by the National Institutes of Health, will occupy the 13-story, 395,000-square-foot tower when it opens in late 2019.

The project carries a budget of $172 million, with $112 million coming from the state and $40 million from fundraising. However, USF Health executives expect its new home to be an economic powerhouse. Once open for business, the Heart Institute should generate $66-$73 million per year in economic activity, officials say.

Being part of Water Street Tampa “will give us a tremendous competitive advantage, nationally,” says Dr. Charles Lockwood, senior vice president of USF Health and dean of the USF Health Morsani College of Medicine.

Morsani, though, doesn’t need much in the way of advantages given how much the medical school’s star has risen of late.

Applications, for example, have surged — more than 6,000 applied in 2017. So to has the number of highly qualified candidates. The result? Morsani accepts about 4% of those who apply.

“When we looked at the average GPA and MCAT scores of our applicants, they were at an all-time high,” says Lockwood, 63, who’s in his fourth year leading the college after stints at New York University, Yale and Ohio State. “We’re getting applicants who might not have chosen us a decade ago. The applicant pool is much bigger, and it’s enriched with really top students. The people who apply want to be here and be doctors; they don’t want to go to Wall Street; this isn’t some sort of backup plan.”

“We’re getting applicants who might not have chosen us a decade ago. The applicant pool is much bigger, and it’s enriched with really top students.” Dr. Charles Lockwood, senior vice president of USF Health and dean of the USF Health Morsani College of Medicine

But it’s not enough to attract the best and brightest medical minds. Lockwood would like to keep them here. In Water Street, Tampa General Hospital will be within walking distance, and Lockwood says Morsani is trying to expand and improve its residency program at TGH. About 40-45% of Morsani graduates stay and practice in the Tampa Bay region, he says, and even though that’s not a problem specific to USF, he’d like to see that number rise.

USF Health also looks to make an impact in 2019 through its doctors’ participation in the Tampa Bay Health Alliance. A network formed in 2016 that involves five major physician groups in the Tampa Bay area, TBHA is led by Dan Vukmer, who saw an opportunity to disrupt the way the delivery of medical care is organized and paid for.

“One of the things that really interested me about Tampa Bay is that the health care is very fragmented here,” says Vukmer, who also serves as USF’s chief strategy officer and works in an office down the hall from Lockwood. “It's unlike other major metropolitan areas where you have one or two big systems and they own all the physicians and compete head to head."

One way of looking at that, Vukmer says, is “the BayCare way — buy them all up.” But many small private practitioners don’t want to be bought up, he says, so the solution is to find “a mechanism to bring them together and integrate the care a little better.”

Part of that mechanism, which Vukmer will be working on throughout 2019 with hopes of launching in 2020, is a direct-to-employer health insurance system that will rival big players like Cigna and Aetna. Employees of the five physician groups will be the first to be covered.

“We can be the guinea pigs,” Vukmer says. “We can figure out what works and what doesn’t — what’s best for the patient, what reduces costs, all of those things. We’ll experiment on ourselves, in a good way.” 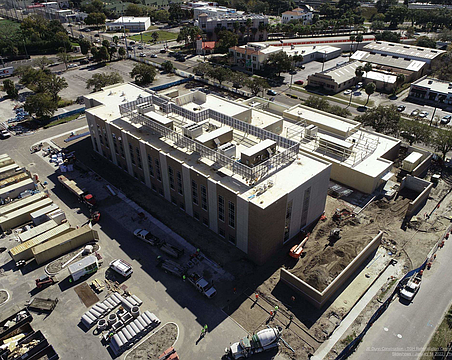 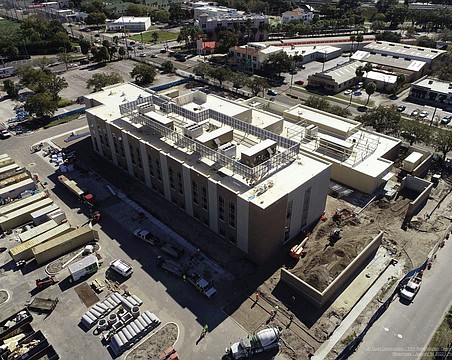 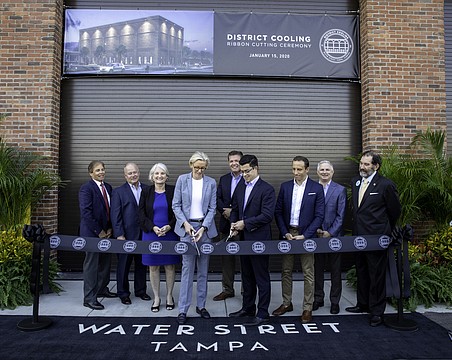 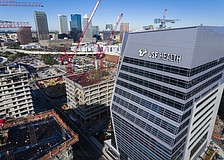 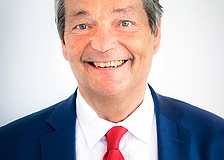 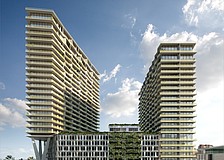 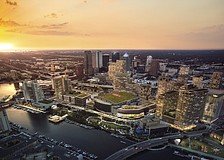