Despite heavy competition, a new division of a national homebuilder makes strides into Sarasota and Manatee counties.

A homebuilder has created a new home for itself in Lakewood Ranch.

M/I Homes, founded in 1976, is based in Columbus, Ohio. In 2016, it opened a homebuilding division for Sarasota and Manatee counties.

Originally, M/I Homes’ Sarasota-Manatee area homebuilding unit was set up as an extension of a larger office to the north. “We operated for a couple years as just a satellite of Tampa,” says Ed Suchora, area president for the Sarasota division of M/I Homes. “It becomes a logistical challenge to operate something that is an hour away.”

The Sarasota-Manatee region, the company projected, was also ripe for opportunities.

Now M/I Homes’ Sarasota division includes Sarasota and Manatee counties and has an office in Lakewood Ranch, one of the largest master-planned communities in the region. “The company made the decision that the Manatee-Sarasota market was a strong-enough market that really needed full attention,” Suchora says.

“Where are those key areas where we would want to be? More importantly, where do the customers want to be?” — Ed Suchora, area president of Sarasota division, M/I Homes

That choice was correct. At the end of 2018, after two years in the market, M/I Homes had five active communities in Sarasota-Manatee, with seven more community grand openings planned for 2019. Suchora partially credits already having a footing in the market and the Tampa office giving the division a springboard — along with full financial support.

Suchora says when the company considered a new division, it saw a unique destination market in Manatee and Sarasota counties. The two areas have large populations of primary buyers, for one. M/I was further encouraged by what Suchora calls a “protected” or “insulated” demand from snowbirds and retirees who would still come to the area even if the market got soft or there was a downturn in the economy. “It might slow down,” he says, “but ultimately, they still want their piece of Florida.”

There were also considerations about the Sunshine State as a whole. “When you look at map of Florida and think where are people going … southeast Florida is too congested nowadays,” Suchora says. “It was kind of a natural progression for us to do an organic expansion into this market.”

Creating the new unit required setting up a back office and getting key employees in place. “We shifted gears and went from being a satellite of the Tampa division and put a 100% focus on this market,” Suchora says. “Our company really believes in this market and was willing to make the investment in this market.”

M/I Homes’ recruiting for the division included local talent such as Michael Stephens, vice president of land. A onetime land acquisition executive with KB Home, Stephens knows the area, Suchora says, which is crucial to making good land acquisition decisions. Suchora calls him one of the division’s best hires, since he’s dealing with a key resource. “That’s where it all starts,” Suchora says.

The company also put together a strategy about where specifically it wanted to focus in Sarasota-Manatee. It includes areas such as Parrish, in north Manatee County, through Venice, in south Sarasota County. To determine its focus areas, Suchora says the company asked pivotal questions, including: “Where are those key areas where we would want to be?” and “More importantly, where do the customers want to be?”

The M/I team looked at considerations such as proximity to shopping, easy work commutes and locations of good schools — main factors influencing where people move. “We started identifying opportunities all the way down the interstate,” Suchora says. Once the strategy was in place, M/I Homes put together a portfolio of land.

One challenge? Not having several decades of on-the-ground experience. “Being the somewhat new guy to town, you have to naturally compete with all of the guys who have been here for a long time,” Suchora says. That competition comes into play particularly in the land-buying process, he adds. “In a lot of cases, it’s a relationship game.”

Yet M/I continues to make headway. When the division opened, it was only in two communities in the area. Now it has a presence in a bevy of hotspots, including Oasis at West Villages, Rivo Lakes, The Woods at Sylvan Lea, Creekwood Townhomes and Twin Rivers. In 2019, it will hold grand openings for seven more: Hidden Creek, Amberly, Riverside Preserve, Worthington, Woodleaf Hammock, Summerwood and The Patio at Twin Rivers.

About 40 people work in the Sarasota-Manaatee division. Suchora says to support the growth that number will grow this year by about 25%. “We’ve got a great team of people in place,” he says. “We have a great vendor team, a great portfolio of land and it’s really onward and upward from here.” 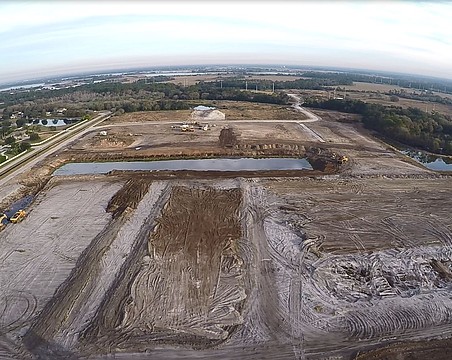 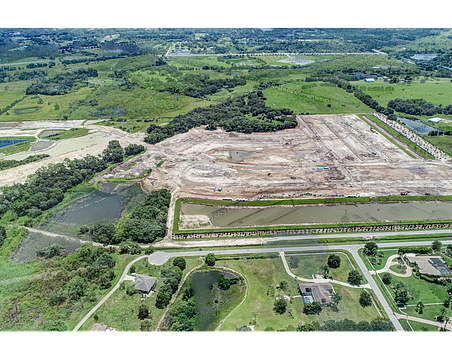 Homebuilder appoints president with more than 20 years of experience 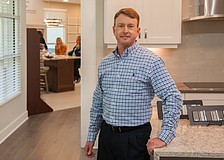 National homebuilder makes big gains in area in past year 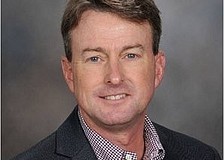